Welcome to the weekend! The competition for young talent is fierce and it’s no secret that investment bankers are among America’s highest-paid earners out of college. This week Business Insider got the details behind the base salaries and annual bonuses top investment banks and boutiques pay. Load Error Reed Alexander […]

Welcome to the weekend!

The competition for young talent is fierce and it’s no secret that investment bankers are among America’s highest-paid earners out of college. This week Business Insider got the details behind the base salaries and annual bonuses top investment banks and boutiques pay.

Reed Alexander combed through data from online forum Wall Street Oasis to round up what the 10 bulge-bracket banks pay their first-year analysts. Read the full story to see which bank pays the most total compensation.

But it’s not only the Goldmans of the world that attract top talent. Boutique investment banks also pay top dollar to stay competitive. Meghan Morris and Alex Nicoll dove into government data to shed light on what firms like Moelis, Lazard, and Evercore paid employees at different seniority levels.

How much investment bankers get paid as they rise the ranks at firms like Moelis and Evercore, from analyst up to VP

Whether it’s poaching from investment-banking analyst programs or more seasoned practitioners finishing up an MBA, private-equity firms, hedge funds, and other buy-side investors duke it out to ensure they’re landing top prospects to replenish their ranks and shore up their future generation of partners and portfolio managers.

Reed, Alex Morrell, and Casey Sullivan tapped their sources at investment firms, business schools, and the world of recruiters to identify the top headhunters that private equity and hedge funds rely on to identify future Wall Street all-stars.

THE GATEKEEPERS: 12 top headhunting firms to know if you want to land a career in private equity or hedge funds

Read on for more big stories, including the drama at Blackstone’s credit division, the hottest public debuts, and why American Express bought small businesses lender Kabbage.

If you’re not yet a subscriber to our finance newsletters, you can sign up here.

Have a great weekend,

(Meredith is on a break and will be back next week.)


Blackstone’s acquisition in 2008 of credit-investing platform GSO has been a massive success, with assets growing from $10 billion to nearly $130 billion today.

But, as Casey Sullivan and Alex Morrell reported, the absorption of GSO wasn’t entirely smooth, with two distinctly separate cultures that sometimes clashed — especially as it pertained to its distressed-investing unit.

The distressed-credit group in particular featured a slew of all-star investors, but it also created PR black eyes for the firm and mixed-performance over the years.

Many of the firm’s top distressed traders and analysts left amid the turmoil.

Sullivan and Morell also tracked the firm’s 11 top distressed-investing alumni who joined shops like Ares and Angelo Gordon and are now helping them go bargain hunting during the downturn.


Longtime healthcare, pharmaceutical, and biotech investor Perceptive Advisors sees a future where a vaccine for the coronavirus is being mass-produced and distributed in the next 12 to 18 months. And Adam Stone — the CIO for the $7 billion manager — told Bradley Saacks that he believes many different companies will have a chance to make some serious money off of it.

Alex Nicoll spoke to the firm’s global co-head of real estate Ken Caplan about how the firm is thinking of investing its money in the post-lockdown landscape. Logistics, already the biggest part of Blackstone’s portfolio, remains a major opportunity, even as others look to the already crowded asset class.


Airbnb confidently filed its paperwork for an IPO this week, giving its biggest indication yet that it plans to go through with an initial public offering this year. In this report, Meghan Morris broke down the eight companies that are poised for a public-markets exit, though how they do so – traditional IPO, direct listing, or special purpose acquisition vehicle (SPAC) – is often still up in the air.


Wall Street is eager to get data on Robinhood users’ trading activity following the startup’s decision to shut down access to the info. SimilarWeb, an alt-data provider that tracks web traffic for millions of websites, compared trading volume on individual US stocks with weekly visits to their respective pages on Robinhood.com.

As Dan DeFrancesco and Dakin Campbell reported, its findings suggest traffic to Robinhood’s website represents the app’s actual order flow and can be used to better understand retail influence on the overall market’s trading volumes.


American Express is acquiring Kabbage, the SoftBank-backed small-business lending fintech, in a bid to boost its small business customers. Shannen Balogh chatted to Anna Marrs, its president of global commercial services, about how it’s building out its suite of products for businesses.


As Rebecca Ungarino reported, Charles Schwab launched a new digital tool that automates the financial planning process —  a sign of the fierce competition among wealth managers offering low-cost advice. The new platform resembles approaches from robo-advisers Betterment and Wealthfront, which evaluate users’ financial situations and create plans for them.

Join us for a session on taking control of your financial future and learning how to develop an investment strategy that works for you by attending “How to Be a Smarter Investor Now” on Tuesday, September 15 at 12 p.m. ET. The event is part of Business Insider’s Master Your Money Live Digital Bootcamp series, presented by Fidelity. Register here.

Thu Sep 17 , 2020
Facebook CEO Mark Zuckerberg on Wednesday snubbed heads-up display and remote processing technology, systems Apple are rumored to adopt in a first-generation “Apple Glass” product, as inadequate for augmented reality applications. Zuckerberg in an interview with The Verge explained that the transition from VR products like Facebook’s Oculus series to […] 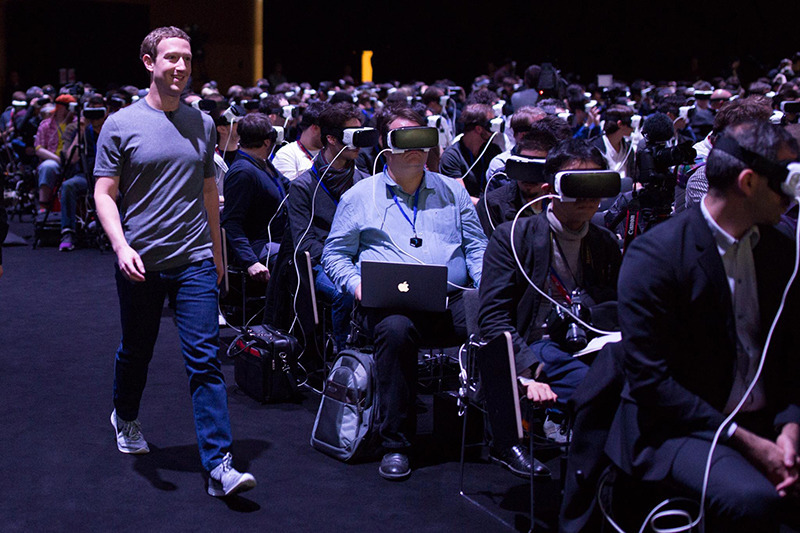