Lyndon and Jamie Cormack have been involved with a number of high-profile, fashion-related projects over the course of their careers. In addition to their flagship accessories brand, Herschel Supply Co., the Canadian-based company also owned Totokaelo, an influential fashion retailer in New York City that they acquired in 2016. This […]

Lyndon and Jamie Cormack have been involved with a number of high-profile, fashion-related projects over the course of their careers. In addition to their flagship accessories brand, Herschel Supply Co., the Canadian-based company also owned Totokaelo, an influential fashion retailer in New York City that they acquired in 2016.

This summer, as a result of the pandemic and years of unacceptable margins, the Cormacks made the decision to shutter the store. Although Totokaelo was seen as a true fashion trendsetter, Lyndon Cormack said that its inability to reach the right profitability level led to the decision.

“There was year-over-year growth,” he said, “but it was really a margin story.”

Although with the liquidation and sale of Barneys New York and the bankruptcy of Neiman Marcus, it would appear on the surface that the opportunity was golden for a store like Totokaelo to thrive. But after the pandemic hit, Cormack said it no longer made financial sense to continue to invest in the business and work on building its margins.

“So we had a decision to make,” he said. “Continue to invest or wind down. It’s an unfortunate end to an awesome story, but we knew it was the best decision. It’s hard to say goodbye, but it was an important lesson to learn as entrepreneurs and investors.”

The Cormacks purchased Totokaelo from founder Jill Wenger, who launched the concept in 2008 in Seattle. The store was operated by Need Supply Co., a Richmond, Va.-based company in which the Cormacks, through their Cormack Capital investment arm, owned a minority stake. That business too was closed this summer.

“We still own the IP [intellectual property] of Totokaelo — it didn’t go bankrupt — and there’s a lot of value in the customer data, but we decided to let that ship sail.”

Instead, the Cormacks are plowing full-steam ahead with growing Herschel, which is celebrating its 10th anniversary this year. The brand started when Lyndon, who was working at Vans in Canada, and Jamie, who was with K2, were searching for a way to work together.

“We were working with great brands, but we were looking for a canvas where we could promote ourselves,” Lyndon Cormack said. They settled on bags — specifically backpacks — because they believed what was available in the market was uninspired. “We were trying to solve a problem,” he said. “We didn’t think there were a lot of amazing bags out there — there was something missing. They were boring.”

But because backpacks were highly coveted in both the outdoor market as well as the luxury sector, the brothers saw an opening to infuse excitement into a category that “needed disruption.” And disrupt the market it did: 10 years in, Herschel sells to some 10,000 stores in 94 countries and employs 175 people. It has expanded beyond backpacks into a travel lifestyle brand that also sells headwear, accessories and apparel.

Last October, Eurazeo invested $60 million into the Vancouver-based company along with a consortium of investors that included Alliance Consumer Growth and HOOPP Capital Partners, the private capital arm of the Healthcare of Ontario Pension Plan. With that funding, the Cormacks will be able to expand their retail footprint and move into other categories and regions.

While backpacks continue to be the brand’s best-known product, today they represent less than half of total sales, Cormack said. Other top sellers include wallets, duffel bags, cross-body bags, headwear and apparel. “We still lead with the backpack,” he said. “That’s a really good foundation.”

And one that led to the brand’s expansion into outerwear in 2017. The offering started with packable jackets and rainwear and has since expanded into “everyday staples,” he said, including cargo pants, shorts, hoodies, T-shirts and sweats. “We’ve developed categories we’ll continue to build off of,” he said, adding that the apparel assortment has been especially popular during the pandemic because of its cozy, comfortable aesthetic.

Overall, he said that while the coronavirus has impacted business, things are starting to look up. With backpacks such a large part of the business, the back-to-school sales that typically come in July and August were not as robust this year. However, they picked up as schools in Canada and the U.S. reopened.

But on the other side of the coin, sales have increased in laptop cases and cross-body bags as people look for ways to hold their electronic equipment as they work remotely. And the company’s duffel bag has also seen an increase in popularity as people are taking more road trips this year.

“And we’ve also pivoted to making masks, which has turned into a phenomenal business for us. We hope it’s one that goes away very quickly though,” he said with a laugh. “We look forward to things getting back to normal.”

He said Herschel will be profitable this year although it definitely won’t be “a banner year.” And he’s optimistic about the future. Plans call for further increasing the percentage of direct-to-consumer sales, which are expected to account for 45 percent of the business, up from 30 percent, by the end of the year. Herschel currently operates three retail stores in Vancouver and 70 in Asia and the plan is to further expand the company’s retail footprint, a strategy Cormack said will be delayed due to the pandemic. But adding stores in New York, Los Angeles and Toronto is definitely in the future, he said. “We’re looking forward to getting more into retail, but we want profitable retail.”

Looking ahead, Cormack said the goal for the next decade is to “increase brand awareness” across North America and internationally. “We’ve had success in major cities, but how do you fill in the middle,” he said, adding that this will be accomplished through social media and marketing.

“We’re still going to be in a growth mode,” he said, adding that includes exploring other categories that are ripe for expansion. But for now, the focus is on the anniversary.

To mark the birthday, Herschel has created a special collection of bags using archival prints of birds from the town of Herschel, Saskatchewan, where three generations of the founders’ family grew up. The anniversary collection, Birds of Herschel, also includes a limited-edition, handmade chair made in partnership with Mid-Century Modern furniture manufacturer Modernica.

Wed Oct 7 , 2020
PITTSBURGH, PA — With Dallas Mavericks owner and Pittsburgh native Mark Cuban’s efforts to buy and reopen the Original Hot Dog Shop in Oakland having failed, a local restaurant chain will take over the space. Mero Restaurant Group, which runs the Stack’d Burger and Beer and CHiKN chains, has leased […] 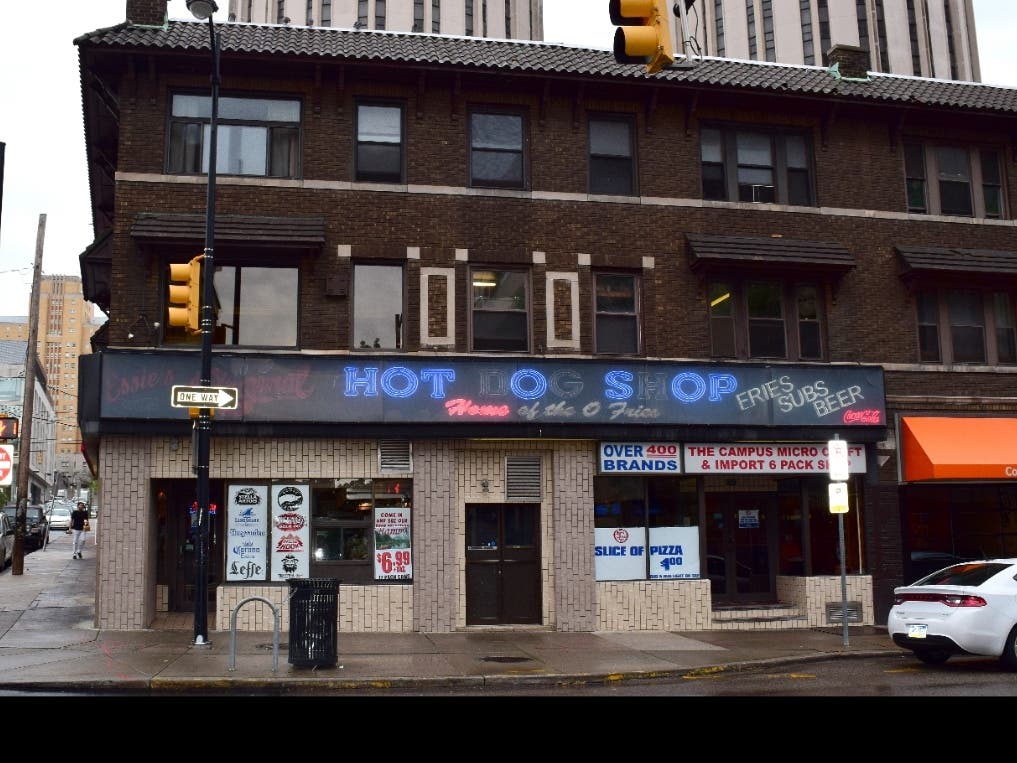