You’ll often hear that to grow serious wealth, you can’t tie up the bulk of your money in bonds. The reason? Though stocks are more volatile than bonds, they tend to deliver a much higher return on investment, and that’s the boost your money needs to grow over time. But […]

You’ll often hear that to grow serious wealth, you can’t tie up the bulk of your money in bonds. The reason? Though stocks are more volatile than bonds, they tend to deliver a much higher return on investment, and that’s the boost your money needs to grow over time.

But that doesn’t mean you shouldn’t put any money into bonds. Quite the contrary: Bonds are a good way to generate consistent income in your portfolio, since they pay interest twice a year. And because they’re a safer investment than stocks, they’re especially appropriate for near- and current retirees. Still, not all bonds are created equal, and while you may be inclined to buy corporate bonds — those issued by companies to raise capital — it actually pays to look at municipal bonds instead. 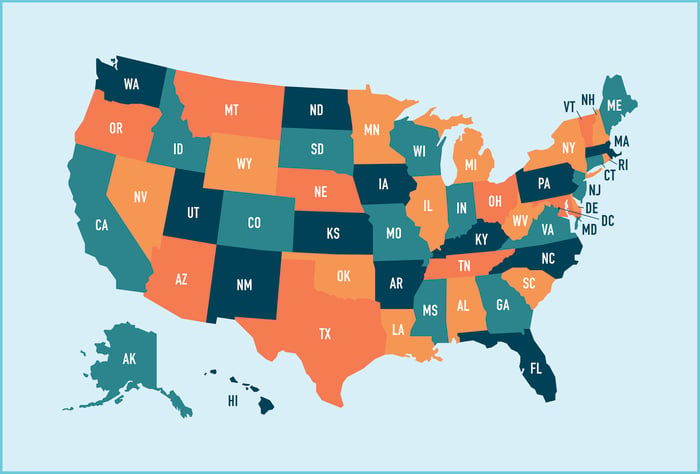 Municipal bonds have historically low default rates, which means that if you choose to invest in them, you’re likely to get all of your interest payments on schedule, especially if you choose bonds with a high credit rating. But here’s where municipal bonds have a major advantage over corporate bonds: You’ll get a huge tax break for putting them in your portfolio.

The interest you earn from corporate bonds is subject to taxes — there’s no getting around it. On the other hand, municipal bond interest is always exempt from taxes at the federal level. Furthermore, if you buy municipal bonds that are issued by the state you reside in, you’ll avoid state and local taxes on that interest as well. That’s a good thing if taxes are a concern for you, whether because you’re already in a high bracket or you’re worried about paying them during retirement.

Now one thing to keep in mind is that while municipal bond interest may be tax-free, capital gains on the sale of those bonds — which will apply if you buy municipal bonds and then sell them at a price that’s higher than what you paid for them — will still be subject to taxes, the same way you’d pay taxes for selling a stock at a price that’s higher than what it cost you to buy. But that interest income won’t generate a federal tax bill, which makes it a nice source of incoming cash for you. You’ll have the option to reinvest that interest as you see fit, or collect it and use it to supplement your income (retirement or otherwise).

Though bonds may not be the primary ticket to growing wealth, they’re still a useful investment in conjunction with stocks. And if you’re going to buy bonds, those issued by municipalities really make a lot of sense based on their historical performance and tax-advantaged interest payments. In fact, municipal bonds really are a suitable investment at any age, and if your portfolio is missing them, it pays to incorporate them into your personal strategy.

Sun Sep 20 , 2020
Advertisers on the Google UK platform will pay an additional 2% levy on top of their advertising spend effective 1st November 2020. The new UK Digital Services Tax is a charge on revenues made by businesses that provide social media services, search engine, or online marketplaces to UK-based users. The […]