Almost each one of us has chuckled every time Imperial Blue’s ‘Men will be Men Music CDs’ ad has played on the screens, or hummed along with the ‘Ooolala la’ jingle of Kingfisher ‘calendars’. We may clearly not remember the music CDs or the calendars they seem to be advertising […]

Almost each one of us has chuckled every time Imperial Blue’s ‘Men will be Men Music CDs’ ad has played on the screens, or hummed along with the ‘Ooolala la’ jingle of Kingfisher ‘calendars’. We may clearly not remember the music CDs or the calendars they seem to be advertising through these ads on mass media but it’s very hard to forget where a significant chunk of the revenues of the mother companies of these products come from — liquor sales. Now, as per the draft guidelines of the Consumer Affairs Ministry shared last week,  these allied goods or brand extensions may need to soon start contributing a little more to their coffers.

So the guidelines say: In judging whether or not a particular advertisement is an indirect advertisement for a product whose advertising is restricted or prohibited, due attention shall be paid to the following: (a) whether the unrestricted good or service which is purportedly sought to be promoted through the advertisement, is produced and distributed in reasonable quantities, having regard to the scale of the advertising in question, the media used, and the markets targeted.

As per media experts, India witnesses surrogate advertising to the tune of roughly Rs 600-800 crore across mediums annually, out of which 70 per cent has been on TV. The new government guidelines, which are in the draft stage currently, if enforced, may have a far reaching impact on the liquor, pan masala, gutka and tobacco industry’s advertisements.

Sharing insights on the guidelines, Agnello Dias, Creative Chairman of Dentsu Aegis Network, said, “This is expected to change the game for the liquor, pan gutka, tobacco brands etc. Even earlier you needed to show a certain amount of production for these goods being advertised, so the companies made 50 or 100. But now the government will take a call on whether it is genuine or just for the sake of getting the ad out. So earlier they could get away by manufacturing a miniscule number, now they may not be able to.”

The Cable Television Network (Regulation) Act, 1995, prevents alcohol brands from advertising their individual products directly. So investing in surrogate advertising strategies or brand extensions is the answer — essentially using products with their brand name on non-alcoholic products. These products, of course, must genuinely exist and have tangible purchase or use to the audience. So many of these brands started advertising playing cards, golf accessories, mineral water or holidays to overcome the advertising barrier in the country.

Further on this, Anil Nair, CEO, VMLY&R, shared, “There used to be curbs on different levels as far as advertisements of these surrogate goods were concerned. Brands started self-censoring; one had to admit your age before entering alcohol websites; the mineral water and playing cards ads were pushed to slots later in the night. Sponsorships of major events by these liquor brands started happening through their surrogates. Of course ASCI supervised it. With the government revisiting these guidelines, the implementation would be stricter. The superficial surrogates like music CDs will have to make serious investments in those businesses and show them to be running up nice and proper for them to even advertise for those surrogates. This rule was always there, but now it will become tougher to infringe it with these guidelines.”

Some of these allied brands have their well justified business plans — like Kingfisher by UB Group has a mineral water business and earlier an airline; Wills Lifestyle brand by ITC has a well-defined product line and distribution. But how often have you seen a pack of cards in a toy shop named after an alcohol brand. Elaborating on that, Rohit Ohri, Chairman and Group CEO, FCB India says, “The basic issue is a lot of the smaller brands are really trying their best to advertise in bits and bobs, which then violates surrogate advertising norms. It is anybody’s guess how legitimate businesses are playing cards and music CDs by these brands. Yet Bacardi’s big music programmes like the Weekender which the brand has built over the last 10 years is legit. ASCI at the moment largely acts on complaints, these GOI guidelines will make them more vigilant. So these guidelines were already there as a code, but if it becomes a legislation it will be refreshing.”

Another interesting aspect of these GOI guidelines is that along with the brands and celebrities, agencies are also made stakeholders in the event an ad doesn’t meet the required conditions. “This is something that agencies need to be very careful about, because in the same way a celebrity can be held accountable, now agencies will also face that challenge. Nowadays celebrities actually hire firms to do the audit of the manufacturing process of the brands to be endorsed before they sign the contract. So just like them agencies need to be doubly sure about who they are making ads for here on,” Ohri explained.

Adding on to that Dias said, “Earlier the understanding was that the large multinational company’s legal team will handle it. This is the first time that the agency will get dragged into it. I personally feel it is unfair as the agency may not have the expertise to get to the bottom of the truth. So the agencies and celebrities may seek a separate indemnity agreement with the company that they’re creating an ad for, saying that the company indemnifies them from any kind of legality arising out of a technical product. It cannot change the law (if it gets enforced), but it can make the brand/advertiser responsible for whatever damages these two parties are going to undergo in case there is legal action.”

exchange4media reached out to a few liquor brands for a comment but they refused, most of them claiming that they don’t do surrogate advertising and the brand extensions they advertise are completely genuine. Many of these brands across the last year have begun to move their ad spends to the digital medium and OTT because of lesser restrictions. As per the AdEx India data by TAM Media Research, the biggest ad volume drop for surrogate ads was witnessed on TV (67%) and Radio (77%) during August 2019-July 2020 over August 2018- July 2019.

Digital, on the other hand, saw a relatively lesser drop of 27% in the same period. Blenders Pride Fashion Tour by Pernod Ricard has been amongst the top 5 advertisers on TV, Radio, Digital and Print between August 2019 and July 2020. Also media agencies say, a lot of Pan Masala brands are not advertising on TV anymore.

Ajay Gahlaut, former CCO, Publicis WW India, and the creative person behind Imperial Blue’s ‘Men will be Men’ ads says, “Alcohol advertising was not as stringent as cigarettes. Cigarette advertising is practically over, the only medium they can advertise on is the pack itself. You can’t have cigarette ads in Print or on TV. At most, you can put the branding on the shop which actually sells cigarettes. Alcohol brands, however, advertise for extensions like music CDs and glasses, though legitimate, everyone knows what they are really advertising.”

The notification seems like an obituary for surrogate advertising, says Sudhir Nair, Co-founder & CEO, 21N78E. “Brands falling under restricted categories have always used surrogate means to further the brand agenda and connect with consumers.  Be it by drawing a connect with music, on ground properties and events, subtle brand integrations or just by creating surrogate products that is meant to reference the restricted ones. Moral lens notwithstanding, agencies working on such brands were forced to think out-of-the-box and had to dig deep into consumer understanding and come up with ideas that can help establish the connect. It will be death of that too. It might push some brands to scale up their surrogate product in terms of its distribution and reach thereby making its advertising meet the compliance requirements. But don’t be surprised if you continue to see some exceptional work in terms of planning and execution that will exploit loopholes in this notification.”

Agnello Dias adds to that, “When you say a surrogate product, it is clearly not a real product with real mass media spends and real mass production but just an excuse to actually advertise the mother brand. When such brands advertise their tagline will obviously be pointing towards alcohol, but if you see the ad, in small print below the logo there will be some other product mentioned. That’s the loophole. Even in the new guideline there is a word used called ‘reasonable’ quantities, now that is subjective and can be the window these brands are looking for.”

According to Manisha Kapoor, Secretary General, ASCI, “The draft guidelines for prevention of misleading advertisements, released by the Department of Consumer Affairs, will further enable creation of a more comprehensive regulatory framework to protect the Indian consumers. The guidelines are largely in sync with ASCI’s Code for Self-Regulation in Advertising. This bodes well for the consumers and the industry alike, as it will allow for easier compliance. We are thankful to the government for putting the draft guidelines in the public domain for consultation and working with the industry to finalize them. In the coming days, we are looking forward to closely working with the Department of Consumer Affairs to ensure that there is synergy with the industry and the guidelines are properly implemented, maintaining the highest standards in advertising.”

Commenting on the guidelines overall, Tarun Rai, Chairman and Group CEO, Wunderman Thompson, South Asia, says, “In today’s world of active social media, brands already are more aware and careful about the communication they put out. The backlash for irresponsible advertising is instant and can be very detrimental to the brand and marketer. However I found many of the guidelines open to interpretation which may create confusion. Finally, I believe self-regulation is always the better solution and we have a strong body in ASCI that does a pretty good job.”

The consumer affairs ministry has prepared the guidelines under the Consumer Protection Act and has put it in the public domain for comments from stakeholders. The norms, apart from the points on surrogate advertising, also includes key guidelines on treating non-legible disclaimers as misleading ads, making celebrities more accountable for their blogs and posts, imitation advertising, comparative advertising, bait advertising and puffery in advertising. The new guidelines if notified will present bigger challenges for the advertising watchdog ASCI. Though it wields enough influence on the industry, abiding by the ASCI code was largely voluntary, these guidelines from GOI however will be enforceable.

Sun Oct 4 , 2020
The Estonian central bank, Eesti Pank, announced the launch of a research program to study how to build a digital currency infrastructure. According to a statement, Eesti Pank partnered with technology companies SW7 Group and Guardtime for the research project. It aims to see if a keyless signature infrastructure (KSI) […] 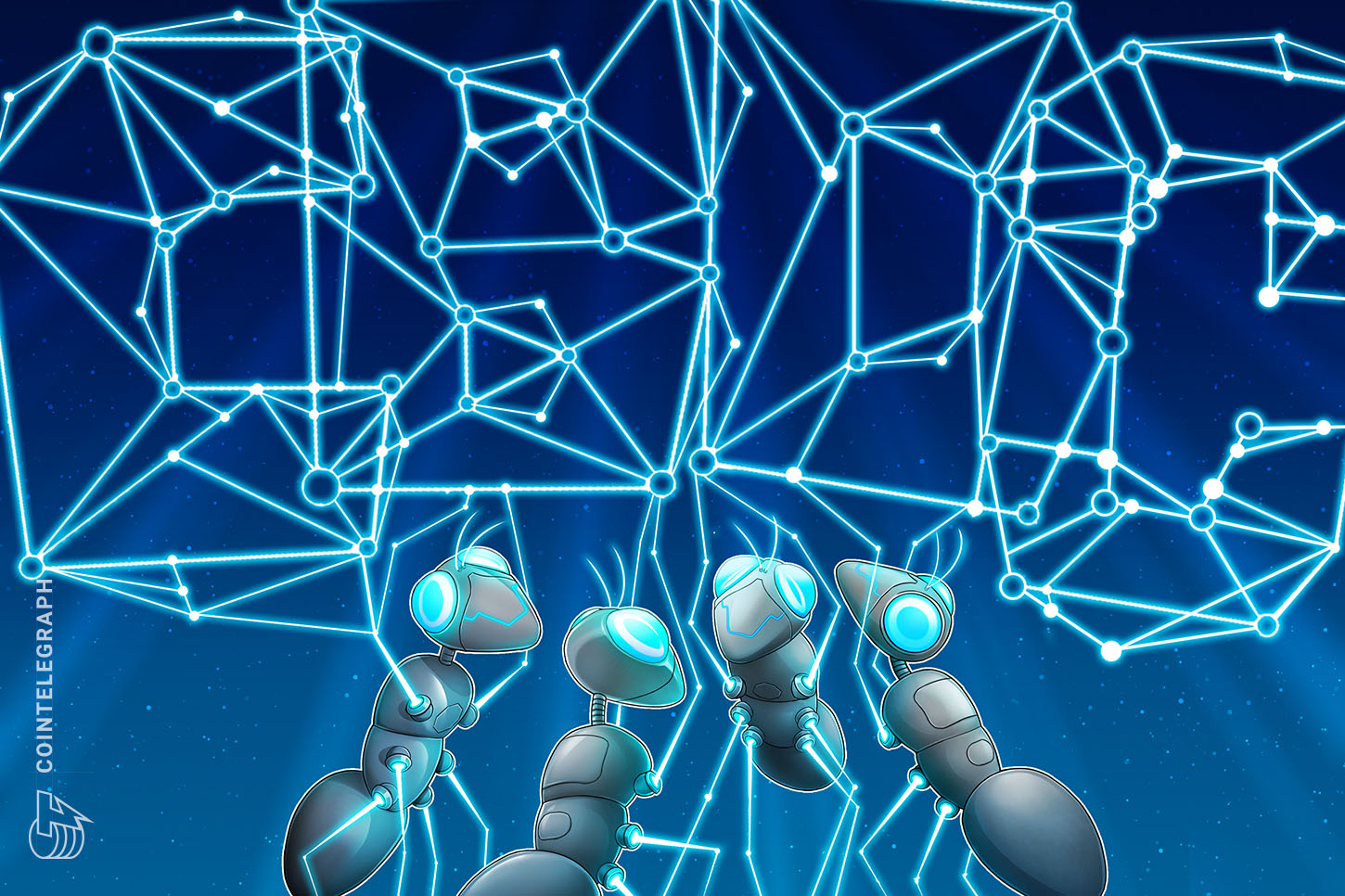