Photo by Tonik on Unsplash Topline: If you listen to some of the media pundits, you’d think that the coronavirus pandemic was worsening. While we’re not out of the woods yet, the situation has drastically improved since March and April. Even though infections are growing, hospitalization rates are decreasing and […]

Topline: If you listen to some of the media pundits, you’d think that the coronavirus pandemic was worsening. While we’re not out of the woods yet, the situation has drastically improved since March and April. Even though infections are growing, hospitalization rates are decreasing and we’re getting closer to a vaccine. These reassuring signs of progress can explain recent improvements in economic sentiment and a drop in unemployment insurance claims.

Looking At The Covid-19 Data

While the number of coronavirus cases and deaths are increasing, the growth rate of cases and deaths has stabilized substantially since the height of the pandemic in March and April. For example, the median week-to-week growth in deaths between August and September is 4%, which is much smaller than the 15% growth rate between April and June—some good news for a change.

Moreover, focusing on cumulative cases and deaths is overly simplistic and misses the full public health context. For example, there’s significant heterogeneity in symptoms among those who are infected, ranging from cold-like to flu-like symptoms. Similarly, deaths are related with many other co-morbidities, especially age.

Using data from the CDC, we can see that weekly rates of hospitalization have declined for the United States, though hospitalization data is irregularly reported in many states.

Finally, using data from the COVID-19 tracker at The Atlantic, we can also examine the ratio of hospitalizations to positive test cases, which has been declining since June. In this sense, even though more people are getting infected, adverse health outcomes, proxied using hospitalization, have subsided.

A large body of behavioral economics literature points towards the driving role of expectations on economic activity. For example, my research finds that individuals who experience a rise in economic sentiment also increase their consumption expenditures. Moreover, other research shows that investment decisions among executives are causally related with expectations about earnings growth, which is linked with consumer demand (especially in retail).

The decline in economic activity resulting from the pandemic was admittedly partially the direct result of the national and state quarantines. But, an equally large part of the decline, and part of the continued recovery, is uncertainty about the future. For example, research investigating newspapers and social media in the UK and United States shows a substantial rise in uncertainty and forecast disagreement, associated with a steep decline in output.

That’s why progress on the stabilization of cases and declines in hospitalization rates comes as such good news—they suggest that, even absent a vaccine, the public health crisis is improving. Moreover, Dr. Anthony Fauci, infectious disease chief at the National Institutes of Health, remarked to the Senate committee that they “feel cautiously optimistic that we will be able to have a safe and effective vaccine” by the year’s end or sooner.

The progress that the country is making is also reflected in measures of consumer sentiment. For example, using the Gallup Panel, we can see that the fraction of individuals who are worried about the future has declined since the uptick following the second wave in late July, although time will tell how it continues to fare.

But even consumer sentiment can fluctuate for many reasons. For example, my research finds that individuals who have more Facebook friends in counties that are harder hit by the pandemic respond by reducing their consumption spending, especially on goods and services that required contact (e.g., eating out). This shows that perceptions about the pandemic are influenced by more than just local cases and deaths: rather, by your social network.

In fact, recent research between Gallup and Franklin-Templeton finds that people overestimate the mortality risk of the pandemic. For example, while less than 1% of the people who have died from coronavirus have been younger than 35, respondents estimate that about 18% of deaths have come from this age group. Part of the reason that people overestimate fatal consequences for young people likely involves the fact that the virus is highly salient and the media is constantly broadcasting negative stories.

To be sure, the economy has not fully recovered.

For example, the latest data from Homebase, a software company that provides scheduling services to small businesses, shows that employment and business openings are still 20% lower, relative to their pre-pandemic trend. That’s in part a function of civil unrest that has affected businesses differently across states, but there’s also a lot of structural change going on. But, to the extent we can defeat the virus, confidence could be restored and businesses would have the ammunition to return.

But, the good news is that we just saw a sharp 3.72 million decline in unemployment insurance claims in all programs between August 29 to September 5, which came largely from a 3 million decline in Pandemic Unemployment Assistance, according to the Department of Labor. Although some media reports point to a slowing recovery based on a slight increase in state UI claims between September 12 and 19, the 3.72 million figure covers all programs.

Lessons learned: There’s good news—even if it’s not always reported. By paying attention to all the data, not just the negative stories, you can obtain a more holistic perspective about the severity of the pandemic and the way out. Hospitalizations, especially relative to cases, are down and a new vaccine is entering the market to mitigate the transmission of the virus. Let’s press forward with realistic optimism about the future.

Fri Sep 25 , 2020
daniel sorabji/Agence France-Presse/Getty Images The pound moved off its lows on Tuesday as the Bank of England governor said the central bank wasn’t about to deploy negative interest rates imminently. Trading as low as $1.2717, the pound GBPUSD, moved to $1.2799 vs. $1.2815 on Monday. Bank of England Governor Andrew […] 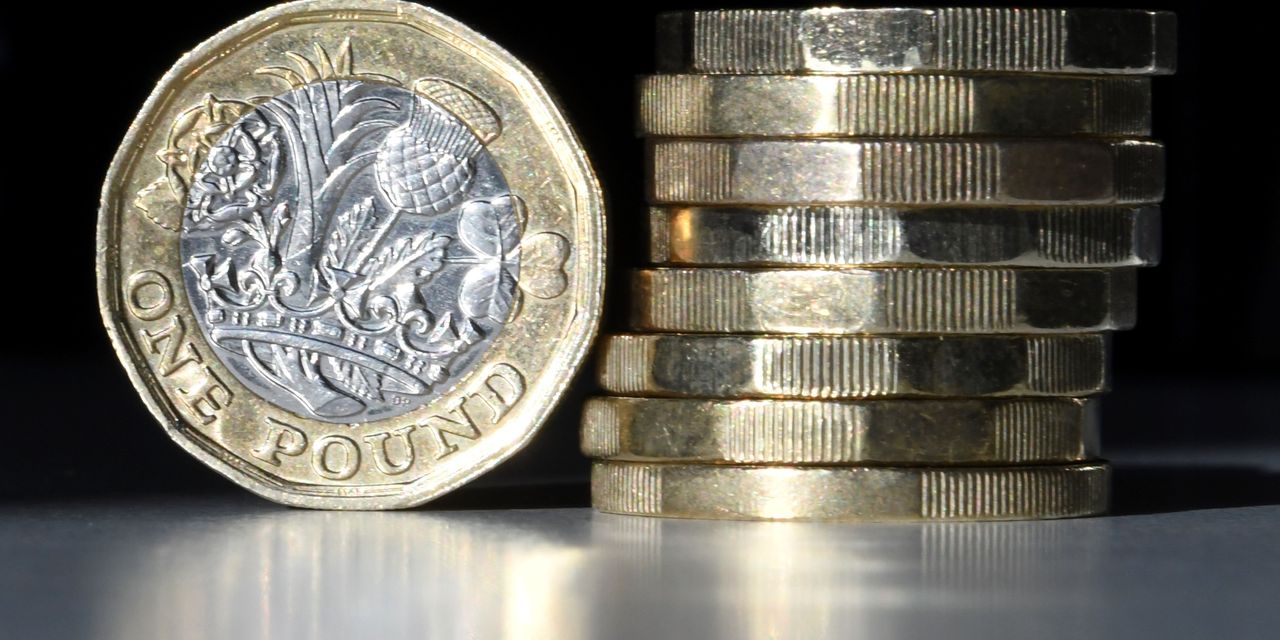