The in-game advertising market is anticipated to grow at a decent CAGR on account of the growing adoption of games as a medium of advertisement by the companies as there is the growing popularity of social games throughout the globe. Advertisement is also considered as an integral pillar of marketing. Furthermore, the continuously evolving advertising trend is leading to a shift or a change in the mediums through which these messages are delivered to the customers.

From social media advertising to audio advertising, the current trend is projected to change. Growing adoption of gaming as a means of entertainment especially, among the millennial population is leading to shifting trends towards adoption of in-game promotions by the advertisers which is one of the prime factors which is expected to drive the in-game advertising market growth throughout the forecast period.

Furthermore, the advertisements which are displayed during the games are also non-interrupting and allows the players to seamlessly play their games without any hurdles. Also, these types of advertisements are considered to be more effective on account of long-lasting impressions on the viewers due to their greater audio-visual impact over the viewers.

Additionally, these types of advertisements are considered to be comparatively cheaper than other mediums and are also expected to give higher conversion rates to the companies which is also expected to be a key driver which is propelling its adoption across the various industries.

Also, the development of these ads is cheaper due to lower configurations is also expected to push the demand and positively impact market growth. Also, in developing economies such as India, South Korea, and the Middle East, increasing access to the internet and smartphones along with increased time spent by the young population on phones and other smart devices hold the significant potential for the expansion of in-game advertising market in the coming years. However, high preference and popularity of other forms of advertisement mediums are projected to hinder the market.

The rapid growth of mobile games

The rapidly growing adoption of mobile games on account of the penetration of various online multiplayer games and location-based games such as Pokmon Go, Player Unknowns Battle Ground, and Free Fire among others is also one of the prime factors which is also propelling the in-game advertisement market. Growing penetration of the internet in the developing economies also plays an important role in driving the market. The rising penetration of the internet along with the availability of fast and cheaper internet services is leading to the high adoption of smartphones for gaming purposes.

In addition, the growing investments by manufacturers in the form of R&D to develop and launch gaming phones particularly to focus on a specific group and to cater to the growing requirements such as the ASUS Rog Phone and the Black Shark also shows the potential for the growth of mobile gaming in the coming years. The rising disposable income coupled with the growing middle-class population are also some of the factors that significantly drive the demand for smartphones which is anticipated to positively impact the in-game advertising market growth throughout the forecast period and beyond.

Also, the booming investments in the 5G technology by numerous telecom providers across the globe will also lead to a surge in the adoption of games with high internet requirements and are also projected to bolster the market growth in the coming years.

Bases on game type, the in-game advertisement market has been segmented on the basis of PC/Laptop Games. Console games and smartphone/tablet games. The PC/Laptop games segment is projected to hold a notable share in the market throughout the forecast period owing to the account of the presence of a higher number of PC game players across the globe. Also, the abilities of these PCs to support the games with high graphic resolutions online games is also projected to bolster the share of this segment during the next five years.

Smartphone/Tablet games are projected to show a robust growth over the next five years owing to the growing penetration of smartphones and the launch of various online games for the smartphone segment which is positively impacting the growth of this segment during the next five years. Also, the growing disposable income and the rising middle-class population is also leading to high adoption of smartphones for entertainment purposes.

Geographically, the in-game advertising market has been segmented into North America, South America, Europe, Middle East and Africa, and Asia Pacific. The North American region is expected to hold a noteworthy share owing to the presence of state-of-art gaming infrastructure in countries like the United States and Canada. Furthermore, the early adoption of technology in this region also supplements the significant share throughout the next five years.

The Asia Pacific region is expected to show good growth during the coming years owing to the growth in the gaming industry due to rising internet penetration and the growing use of smartphones in the various developing economies throughout the region.

Prominent key market players in the in-game advertising market include RapidFire Inc., Playwire Media LLC, and Social Tokens Ltd., among others. These companies hold a noteworthy share in the market on account of their good brand image and product offerings.

Major players in the in-game advertising market have been covered along with their relative competitive position and strategies. The report also mentions recent deals and investments of different market players over the last two years.

For more information about this report visit

Wed Oct 14 , 2020
After the Coronavirus Aid, Relief, and Economic Security Act was signed into law in response to the COVID-19 pandemic, accounting firms were suddenly fielding questions from clients seeking to take advantage of the CARES Act’s Paycheck Protection Program, the federal loan program providing small businesses with cash-flow assistance. Based on […] 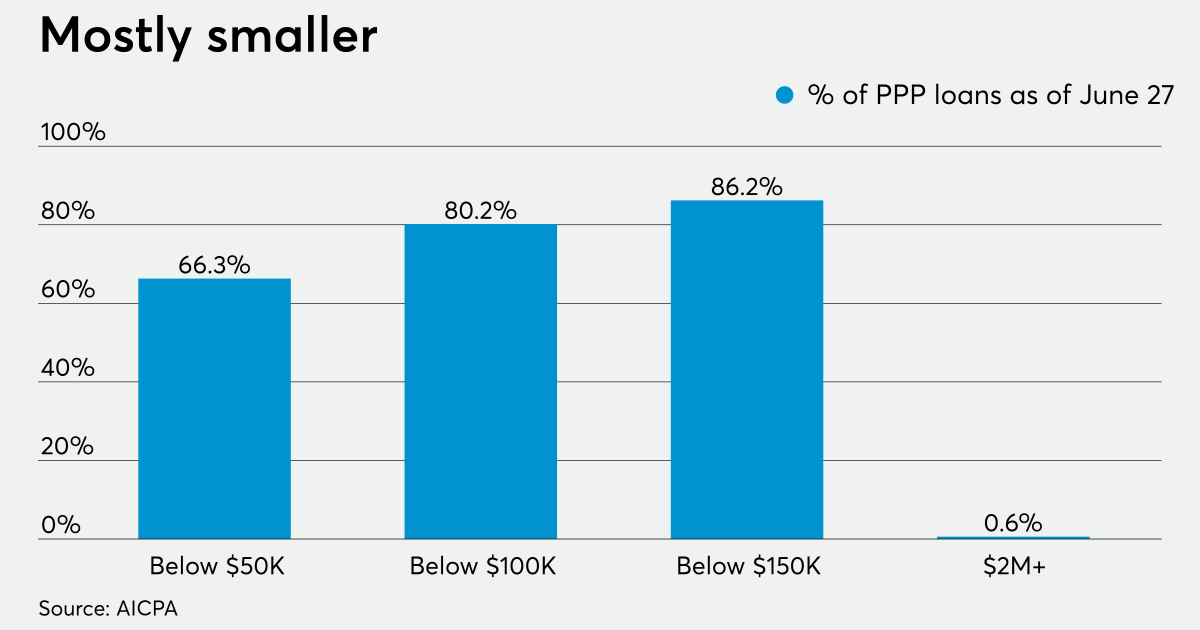