In a year that has included impeachment, a global pandemic, economic turmoil and a reckoning on race, the death of Supreme Court Justice Ruth Bader Ginsburg crystallizes the choice in November as perhaps none of the other issues can. Nothing quite captures the national disquiet over the future of the […]

In a year that has included impeachment, a global pandemic, economic turmoil and a reckoning on race, the death of Supreme Court Justice Ruth Bader Ginsburg crystallizes the choice in November as perhaps none of the other issues can.

Nothing quite captures the national disquiet over the future of the country as the passing of one of the most iconic and best-known jurists in history and the vacuum that her death has now created. If there was hope that the November election might result in an outcome that could begin to settle the country, the odds of that lengthened with the first reports on Friday night of her death after a long battle with cancer.

For those on the left, the passing of the revered justice is a potentially cataclysmic event, opening up the possibility that her seat on the court could be filled by someone who would cement a conservative majority for years. For those on the right, the vacancy to be filled presents the rarest of opportunities to fulfill a decades long drive to change the court for a generation or more.

The coming battle over Ginsburg’s successor will have all the drama, procedural maneuvering and bare politics to match any of the most controversial of court nominations. But the impact of this particular vacancy could ripple far beyond what takes place on Capitol Hill. The issues that surround the vacancy encompass the broader culture war that divides red and blue America, from abortion to marriage equality to health care to the very structure of government.

Ginsburg’s death changes the calculus for the campaign between President Donald Trump and former Vice President Joe Biden. The court long has been a voting issue for some conservatives, particularly evangelical Christians and others who put opposition to abortion at the top of their issue list. Trump will be counting on the prospect of expanding a conservative majority on the Supreme Court to further energize that part of his base.

But the possibility of a conservative majority of long-standing on the high court is just as likely to have an impact on opponents of Trump. The history of the abortion debate suggests that when the right to an abortion is truly threatened, proponents of that right suddenly become hyper­active. Given Ginsburg’s status and the role she played in empowering women and fighting for women’s rights, her loss will add octane to the fuel on the left.

Depending on the outcome of the election and of the resolution of who fills the Ginsburg seat, the battle could easily expand to an even more charged debate over whether the high court speaks for and represents the views of a majority of Americans or even whether the democratic system of government more broadly has become undemocratic.

Twice in the past five elections, the popular vote winner has lost the presidential election. It could happen again in November, as Trump is likely to lose the popular vote as he did in 2016.

Senate Republicans control the upper chamber, but their members represent fewer than half the nation’s population. Republicans in the House have routinely won more seats than their share of the vote, thanks to the makeup of congressional districts.

This is not an issue that is suddenly upon the country. Two years ago, the Economist magazine ran a cover story with the headline, “American democracy’s built-in bias,” which highlighted the consequences of a nation with an expanding urban-rural split as wide as it is now in the United States layered on top of the constitutional system crafted upon compromise between big-state and small-state interests.

Noting that “a red vote counts more than a blue one” in America, the magazine’s editorial argued, “This bias is a dangerous new twist in the tribalism and political dysfunction that is poisoning politics in Washington.”

Former presidential candidate Pete Buttigieg said in August that if Trump were re-elected a second time without winning the popular vote, it could force an examination “of what’s become of our democratic system.”

In recent years, ideas have been put forth by those who believe it is time for such an examination. They include adding more justices to the high court (as Buttigieg recommended during his presidential campaign) and amending the Constitution to eliminate the Electoral College and elect presidents by popular vote. More provocative have been suggestions that Democrats should push to bring the District of Columbia and Puerto Rico into the union to affect the balance of power in the Senate.

Up to now, this has been a discussion that animates many on the left, but it’s not one that has gained a wider audience. Nor is it in the current capability of Democrats to effect such changes. But if Republicans exercise their power brazenly in an attempt to install a new justice in the face of a Biden victory in November, who can say where this fight could go?

Everyone is on high alert because of Senate Majority Leader Mitch McConnell, R-Ky. After the death of Justice Antonin Scalia in February 2016, McConnell denied even a Senate hearing, let alone a vote, on the nomination of Judge Merrick Garland, who was then-President Barack Obama’s choice to fill the vacancy. McConnell insisted that there should be no vote on a successor until after the election.

On Friday night, McConnell issued a statement declaring that Trump’s nominee would receive a vote on the floor of the Senate, a flagrant provocation that served to remind everyone of the stakes in the election, though one that holds the potential to backfire depending on which side is now more motivated to turn out to vote.

Biden was quick to protest, arguing that the winner of the presidential election in November should be the person to select a successor to Ginsburg. “This was the position that the Republican Senate took in 2016, when there were nearly nine months before the election,” he added. “That is the position the United States Senate must take now, when the election is less than two months away.”

Biden will be under pressure to go farther on other questions, particularly those relating to changing the structure of government. On Friday night, he did not say whether he was prepared to change his position and now support adding justices to the court, but that will not be the last time he gets the question between now and Nov. 3.

McConnell is not yet guaranteed that he can engineer a floor vote in behalf of a Trump nominee. Enough Republican senators are in competitive races to make them squirm at the prospect of such a raw display of power. A Biden victory or a Democratic takeover of the Senate, or both, would put many Republicans in a lame duck session in an even more difficult position if Trump and McConnell were insistent on moving ahead with a confirmation fight.

More events will have to unfold before it’s clear who has the power to do what in the near term. But the timing of Ginsburg’s death raises the stakes dramatically for the November election and potentially enlarges the battle over her successor to include fundamental questions of democratic governance and representation.

Oracle And Walmart To Acquire 20% Stake In TikTok, Trump Gives His ‘Blessing’

Sun Sep 20 , 2020
Topline Oracle and Walmart have agreed to acquire a 20% stake in TikTok’s global business as part of a pre-IPO financing round, the ByteDance owned video-sharing platform announced in a press release on Saturday, moments after President Donald Trump told the press that he had given his “blessing” to the […] 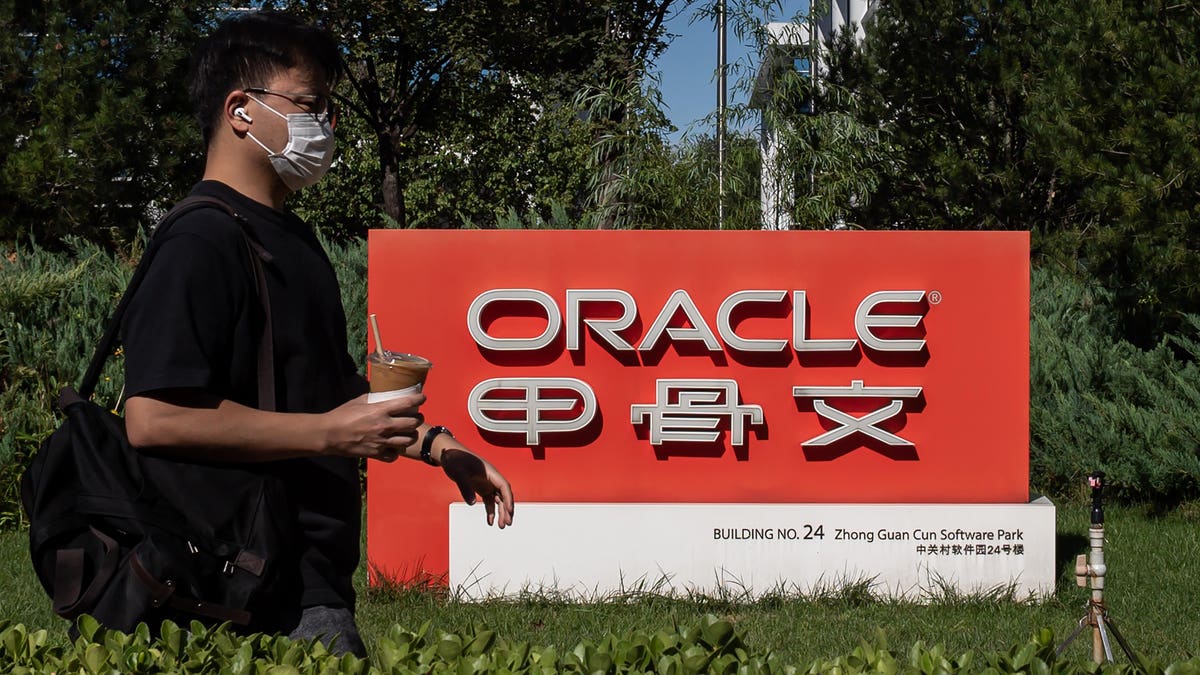