The Governmental Accounting Standards Board is working on developing new standards for state and local governments to use under its new chair, Joel Black, while responding to the novel coronavirus pandemic. Black took the helm at GASB at the beginning of July, succeeding longtime GASB chair David Vaudt at the […]

The Governmental Accounting Standards Board is working on developing new standards for state and local governments to use under its new chair, Joel Black, while responding to the novel coronavirus pandemic.

Black took the helm at GASB at the beginning of July, succeeding longtime GASB chair David Vaudt at the end of his term. He has big plans for the board, including a proposal last month for improving the government financial reporting model (see story). But he and the other board members will also be carrying out some of the projects that began under Vaudt’s tenure, while dealing with the continuing impact of the COVID-19 pandemic on the overstretched finances of state and local governments.

“I guess more broadly, I want to set us up for evolution,” Black said Monday during the American Institute of CPAs’ online Governmental Accounting and Auditing Update Conference. “So much of what all of us do every day is changing, and changing very rapidly, and I want the GASB to be a part of that, to be ready for that, and to anticipate that. Our mission is not changing. It will stay the same. It is setting standards to provide decision-useful information to users of government financial statements for their decision-making process and to assess accountability. So the mission isn’t changing, but how that comes about, what that means, how that works within the environment we operate in state and local government, is changing and is going to evolve. I want to be sure that we’re keeping up with that and that we find our role in the evolution of accounting and financial reporting for state and local governments.”

He wants GASB to evolve in the years ahead to keep up with today’s fast-changing digital environment and to improve how GASB uses technology. GASB currently has several projects it is still dealing with, including standards on leases, fiduciary activities, component unit criteria and Section 457 plans, public-private and public-public partnerships and availability payment arrangements, and subscription-based information technology arrangements.

The GASB standard on subscription-based IT arrangements has its own complexities for state and local governments that rely on outside technology providers. “The real key thing here is, are costs incurred by the government,” said David Bean, director of research and technical activities at GASB. “Anybody who has ever taken a computer system and put it into the cloud, everybody just says, aww, it’s plug and play. Well, if you’ve been through that process or your clients have been through that process, you understand it’s not plug and play. There’s significant involvement of the government, and in many cases, significant costs that are incurred.”

GASB has pushed back the effective dates on several standards, such as leases, fiduciary activities and conduit debt obligations, due to the COVID-19 pandemic. The board also has three major projects on its agenda: the financial reporting model, revenue and expense recognition, and the disclosure framework.

“For footnote disclosures in that project, when the board first started looking at this project, they were looking at disclosures overall and pretty quickly determined that they needed to address it through the conceptual framework first and the concept standards,” said Black. “GASB has concept standards. They aren’t normal, regular standards that preparers use and auditors use to implement specific application of GAAP, but rather they’re standards that the board itself uses in contemplating future changes and future new standards. They are guidelines for a future board to consider. For footnote disclosure purposes, the board pretty quickly said we need to revisit what that looks like so we could have a good framework with which to run all disclosures through. That’s where this project is now. It’s a conceptual project with a proposed concept standard that has already been issued in exposure draft form.” The comment period was in the spring, but GASB extended it because of COVID-19 until June 30.

“We had a really good public hearing a couple of weeks ago at the very end of July,” said Black. “We had 14 different participants, including the AICPA, come and virtually present to us in a fully virtual public hearing. It was really good feedback. Currently the board has been taking all that feedback from the comment letters and that public hearing and moving into our redeliberations to hopefully issue a concept statement in the spring of 2021.”

The Federal Accounting Standards Advisory Board’s chair, George A. Scott, also talked about some of his plans during the AICPA conference. Unlike Black, who has just started his seven-year term in July, Scott is three and a half years into his 10-year term. One of his goals is to increase FASAB’s training and educational efforts with the public.

“It has been very well received, especially in light of where we are right now with COVID-19 with so many organizations having difficulty in getting the education that they need,” said Scott. “As a part of our service to our community, we have been offering free education services. Probably at the time of this meeting, the staff has presented programs to at least 1,500 people within the federal community, and these are different agencies or groups of agencies that come together for this type of program like we’re doing here. But the board is offering that as a free service to our community just to address an overwhelming need.”

He also wants to make the management discussion and analysis portion of financial reports from various federal agencies more concise and understandable for a broader audience. “The board is coalescing currently around the concept of some type of holistic MD&A that tells essentially the story of the financial condition and position of the organization that can be readily understandable to a wide variety of users,” said Scott. “Instead of the 50- to 100-page MD&As that many of the federal reports have, we can reduce that down to a 30-page report or something of that nature which can focus on the very critical issues that we believe users need to know.”

FASAB has broken out footnote disclosures into a separate project and is looking at the whole reporting model. Scott expects those processes to take several years. “Hopefully in this process we will improve the usefulness and the relevance of the reports that we issue and strengthen the accountability and the transparency of federal reporting,” said Scott. “One of my other priorities is to strengthen FASAB’s ties with the other U.S. standard setters and international standard-setting bodies, encouraging more joint evaluations and studies of issues that affect our shared communities, sharing research and so forth. We’re already doing that with most of the standard setters. I would like to increase that. FASAB has a very small staff and because of that we are limited in what we can do in many cases. But the staff that we have does a tremendous effort.”

Scott would also like to organize the standards better. “My long-term goal is to begin the process of a FASAB codification,” he said. “Our current handbook is approaching 3,000 pages, and it’s very difficult for new users to effectively research it just because of the way it is arranged and so forth. So, with 58 standards out there now and numerous concept statements, we are getting the message back from the community that FASAB does need a codification of some kind, whatever that evolves into. We’re starting the process of evaluating what alternatives there are and under the limited budget that we have, but I think it’s something that, at least by the end of my term, I hope that process is started and moving forward.”

U.S. Comptroller General Gene Dodaro, who heads the Government Accountability Office, spoke at the conference before Black and Scott about the need for the federal government to rein in its spending as the budget deficit has climbed this year in response to the COVID-19 pandemic.

“To deal with this public health emergency, we need to do what we need to do in order to help our economy, and to prevent any permanent damage and restore economic growth,” he said. “But once this is all settled, we really need to get a plan together to put our federal government on a more fiscally sustainable path.”

Thu Sep 17 , 2020
Here is what you need to know on Friday, September 11:  The ECB announced its latest decision on monetary policy, which boosted the shared currency and spurred dollar selling across the board. The central bank left rates and QE unchanged, as widely anticipated, although President Lagarde was mostly optimistic about […] 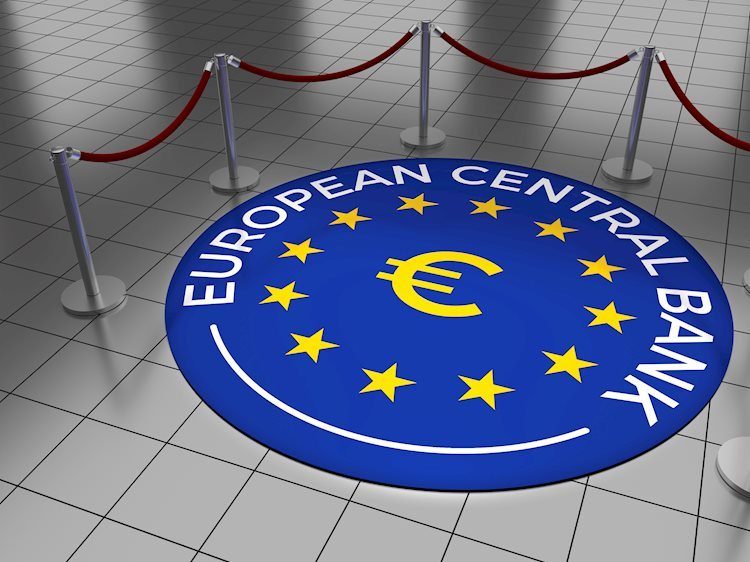