Alaquinez, former executive chef at Kemuri — sushi, seafood, robata, thanked patrons last week in a Facebook post (facebook.com/thelabfoodtruckLR). “It’s definitely a sad and heartbreaking moment to close the truck down but it’s what’s best for now,” he says. “The decision was not based on business nor financial reasons, but on a great opportunity that came a lot sooner than expected.”

Alaquinez isn’t saying just yet what that is, but he says he’ll post about it “in the next couple of weeks.” He recommends keeping an eye on the food truck’s social media sites for word on occasional eventual pop-ups.

Trio’s, 8201 Cantrell Road, Little Rock, which for more than six months has steadfastly stuck to curbside pickup and delivery only, is on the cusp of reopening for dine-in service, possibly as early as late next week — though that’s still subject to change, says owner-chef Capi Peck. This post showed up Monday on the restaurant’s Facebook page (facebook.com/TriosLR): “In preparation for reopening, we seek new team members for server, server assistant (bus) and host/cashier. Refer someone we hire and lunch for two is on us!” Peck says she’s proceeding slowly, cautiously and somewhat fearfully, based on still-high daily covid-19 numbers and frequently changing Centers for Disease Control guidelines, and she says that by this time next week, we’ll know for sure one way or the other. Interior changes include opening up what has been the private dining room to help spread out dine-in customers and a recent deep cleaning. Meanwhile, she’ll continue to offer the curbside pickup and delivery for many of her customers for whom that is still the only way they’ll eat there. The phone number is (501) 221-3330; the website, triosrestaurant.com.

We reported a couple of weeks ago that 42 bar and table, in the Clinton Presidential Center, 1200 President Clinton Ave., Little Rock, had reopened for curbside pickup and downtown delivery; now the patio and terrace are also open for outdoor dining for weekday lunch, and dinner and weekend brunch. Hours are 11 a.m.-2 p.m. Monday-Friday, 11 a.m.-2 p.m. Saturday-Sunday. Curbside pickup and downtown delivery will continue to be available. Call (501) 537-0042; the website is 42barandtable.org.

EJ’s Eats and Drinks, 523 Center St., Little Rock, will be extending its hours starting Oct. 2, to 11 a.m.-11 p.m. In preparation, they’re doing a soft opening Saturday. The restaurant underwent a complete midpandemic remodeling that includes a new classic Nintendo game system. The phone number is (501) 666-3700, the website is ejslittlerock.com and the Facebook page is facebook.com/ejseats.

Heifer International, 1 World Ave. in what is now Little Rock’s East Village, has filed a building permit application to add a $100,000 commercial kitchen to its outdoor pavilion.

That old Black Angus that had us in its spell and that has been vacant on North Rodney Parham Road since its owners were made to move out earlier this year, is “under construction” for a new tenant, yet to be determined, reports one of our eagle-eyed readers. We’ll keep an eye peeled.

Meanwhile, the “new” Black Angus, 5100 W. Markham St., is inching toward opening, with a new paint job applied over the weekend. Owner Karla Creasey says she is moving equipment in today and Friday, and that this week’s rains have once again held up work continuing on the asphalt and concrete drive-thru pad on the building’s west side. She now has a voicemail on the restaurant phone, the same one it had on Rodney Parham — (501) 228-7800 — telling patrons the announcement on an opening date will come “real soon.” The website is blackanguscafe.com.

Permit hold-ups are what’s holding up the opening of Cannibal and Craft, the nightclub and cocktail lounge (and offshoot of a club with the same name on Dickson Street in Fayetteville) going into the former Ernie Biggs location, 307 President Clinton Ave., in Little Rock’s River Market, but a manager says to expect it by the end of the month. The operation will operate in two parts: the lounge, open 3 p.m.-midnight Tuesday-Thursday, 3 p.m.-2 a.m. Friday-Saturday, and the tiki bar, opening at 7. The kitchen, which will be serving “food for that post-work #SignatureCocktailHour munching or late night craving,” including Caribbean Jerk Chicken Quesadillas (jerk chicken, bell peppers, caramelized onion, “C&C cheese blend”), Shrimp Chimichurri and a fancy Charcuterie Board featuring wild game sausage, artisan meats and cheeses, dried fruit and assorted flatbreads — will close at 11 each night. The phone number is (501) 414-8870; the website is cannibalandcraftlr.com and the Facebook page is tinyurl.com/y3vp4vmk. 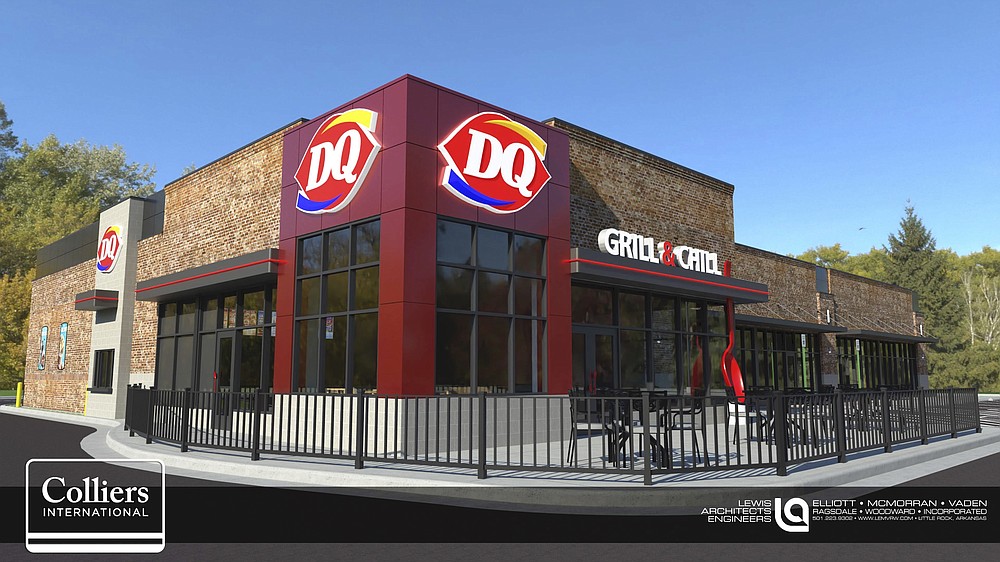 Another Dairy Queen — or more properly a DQ Grill & Chill — is on the blocks to open in early 2021 for Chenal Parkway and Cantrell Road in west Little Rock. Hours will be 10 a.m.-10 p.m. daily. According to a relatively new Facebook page (facebook.com/DQWestLR), it will be Arkansas’ first location to use “the new Grill & Chill updated store image,” according to a news release, which will feature a completely redesigned interior and exterior. It’ll also be the ninth restaurant from franchisee You Scream Holdings, LLC, with outlets in Sherwood, Little Rock, Cabot, Saline County, Hot Springs, Monticello, Greenbrier and Searcy. Visit dqarkansas.com.

The sometime-this-fall opening of Blue Heaven, going into the former Ed & Kay’s at 15228 Interstate 30 North, Benton, is close enough that management has started hiring; a post last week on the MySaline group Facebook page (facebook.com/groups/mysaline) announces openings for head chef, sous chef and pastry chef — email resumes to [email protected] com. According to Mysaline.com, Diana Young bought the building, which had been vacant for more than a year following the closure of Bruno Beqiri’s Bruno’s Italian Villa. The menu reportedly will once again focus on home cooking, with additional “fresh” options and more grilled items, with eventual plans for farm-to-table eats. Ed & Kay’s occupied the building for more than two decades before closing in mid-2014.

Chef Josh Barr of Eden Restaurant at Hotel Hale in Hot Springs will host a live, one-hour virtual cooking class, 6 p.m. Tuesday as part of the Spa City’s Arts & the Park celebration, which continues through Oct. 4. Barr will provide instruction for a cocktail, chicken piccata with wild mushroom risotto and his recipe for glazed carrots. Cost is $25 per household. Register at hotspringsarts.org; participants will receive a shopping list and Zoom link via email five days prior.

And Revel restaurant and patio is set to open sometime in October, initially for dinner only, at 9201 R.A. Young Jr. Drive, Fort Smith, in The HUB at Providence, a mixed-use development in Chaffee Crossing. A news release describes it as “an incredibly unique local gathering space unlike anything in Fort Smith or the surrounding areas.” Owners are its chef, Jason Haid, and his fiancee, Christen Roberts. Haid defines the restaurant style as using “northeastern and low country influences to elevate classic dishes and create new and delectable menu options,” including eight to 10 that will rotate seasonally based on availability of different products and ingredients. Two flights of seating will be available for up to 30 guests per, 5:30-7:30 p.m. and 7:30-10 p.m., with Saturday brunch starting in late October or early November.

Has a restaurant opened — or closed — near you in the last week or so? Does your favorite eatery have a new menu? Is there a new chef in charge? Drop us a line. Send email to:

Sun Sep 27 , 2020
Britain’s culture secretary Oliver Dowden has denied a report that the government has asked right-wing commentator Charles Moore and former Daily Mail editor Paul Dacre to fill two powerful UK media jobs. The Sunday Times reported that Moore has been tapped to be the next chair of the BBC, while […] 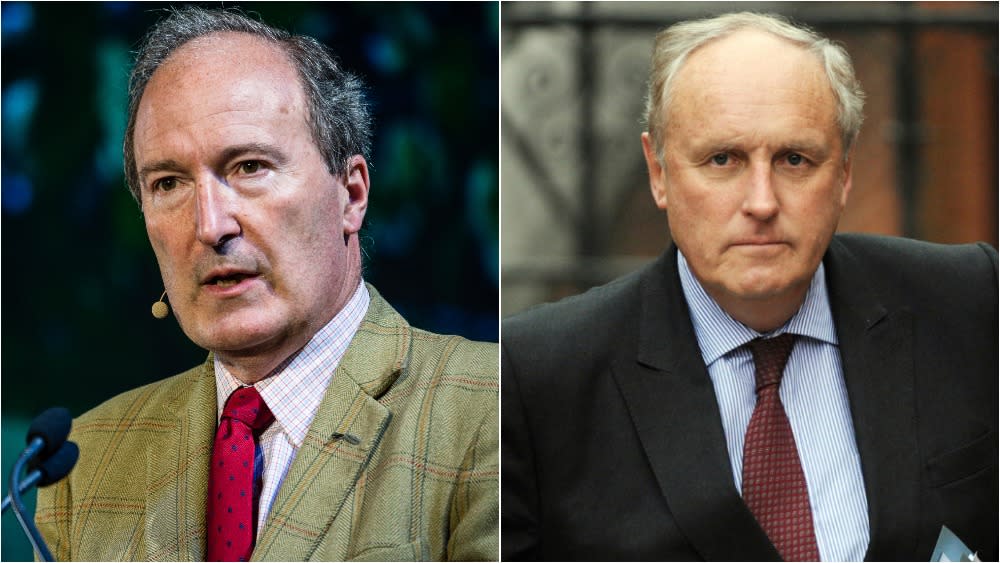