SECAUCUS, NJ — Last week, we reported how the owner of the Secaucus hospital, Yan Moshe, was named in two different lawsuits filed by auto insurers, accusing him of insurance fraud and paying a doctor kickbacks for patient referrals. The news was seized upon by Wayne Hatami, the president of […]

SECAUCUS, NJ — Last week, we reported how the owner of the Secaucus hospital, Yan Moshe, was named in two different lawsuits filed by auto insurers, accusing him of insurance fraud and paying a doctor kickbacks for patient referrals.

The news was seized upon by Wayne Hatami, the president of BMC Hospital LLC (the current Bayonne Medical Center), which is in the middle of resisting a hostile takeover attempt by Moshe. In fact, it was a public relations firm retained by BMC, Mercury, that sent Patch the most recent Geico lawsuit where Moshe is named.

However, it has now been learned that several principals at BMC Hospital LLC have been similarly sued by car insurance companies, ranging from All State to State Farm, alleging insurance fraud.

Moshe is trying to take over ownership of the Bayonne Medical Center and the Hoboken hospital. The now-bankrupt CarePoint Health System, which used to own the two facilities, is fighting Moshe’s attempt.

CarePoint already has an existing agreement to sell the Bayonne Medical Center to BMC Hospital LLC, composed of Hatami, Anthony Degradi, Feliks Kogan and Gregg Rock of DMC, a subsidiary of the Jersey City-based Surgicorps. Moshe says he has the right to buy the land on which the hospitals sit, essentially “buying the land out from under them.”

In 2018, Allstate Insurance Company sued DeGradi and several others alleging racketeering and insurance fraud. A year later, in 2019, Allstate sued DeGradi, Hatami and several others, again alleging they submitted bogus insurance claims and participated in an illegal kickback scheme that involved shuttling New York patients across state lines to New Jersey for treatment.

And in February of this year, Geico filed a lawsuit against New Horizon Surgical Center in Paterson, a subsidiary of Surgicorps. In that lawsuit, Geico seeks to recover more than $3 million it says it paid out when the New Horizon doctors submitted hundreds of bogus no-fault insurance charges, including for pain management injections and anesthesia.

Nearly all of the lawsuits, save for the most recent Geico one filed this year, have been settled. By contrast Moshe has not settled the $89 million lawsuit brought against him.

“There is no comparison between these few isolated disputes — which are common between insurance companies and health providers — and the numerous serious allegations against Yan Moshe,” said Hatami in a statement. “Between his alleged $89 million RICO conspiracy, his alleged kickback scheme unveiled last week, and the allegations that his surgery centers may have exposed patients to blood-borne illnesses like HIV, I can’t see why anyone would want Yan Moshe to be running yet another hospital or facility.”

Moshe said he is in contract to buy the land on which the two hospitals sit from current owner Avery Eisenreich, paying $76 million for Bayonne and $144 million for Hoboken. BMC Hospital LLC disputes that claim, and has asked the state Dept. of Health to intervene. The case remains unresolved.

These lawsuits seem to be common practice among the world of doctors and insurance companies: Geico and other insurance companies have filed hundreds of lawsuits against doctors in New York and New Jersey in the past year, all alleging the same thing: That the doctors have taken advantage of New York state’s “no-fault” accident insurance laws.

New York’s laws are designed to ensure that injured victims of car accidents can receive the healthcare they need, with very few questions asked upfront by the insurance companies billed for the costs. No-fault benefits include up to $50,000 per person for healthcare after an accident.

“BMC is throwing everything it can at Yan to smear his reputation,” said Ron Simoncini, with Axiom Communications, a media relations firm long used by Moshe.

“Mr. Moshe fully expects that the Geico claims, which he is contesting, will be favorable resolved,” said Simoncini. “He has never settled similar litigation.”

Wed Sep 23 , 2020
SYDNEY (Reuters) – The Australian and New Zealand dollars held near two-week lows on Wednesday as risk appetite turned sour in the wake of a stock market rout and oil price slump. The Australian dollar AUD=D4 was fetching $0.7226, after falling as deep as $0.7192 earlier in the session, while […] 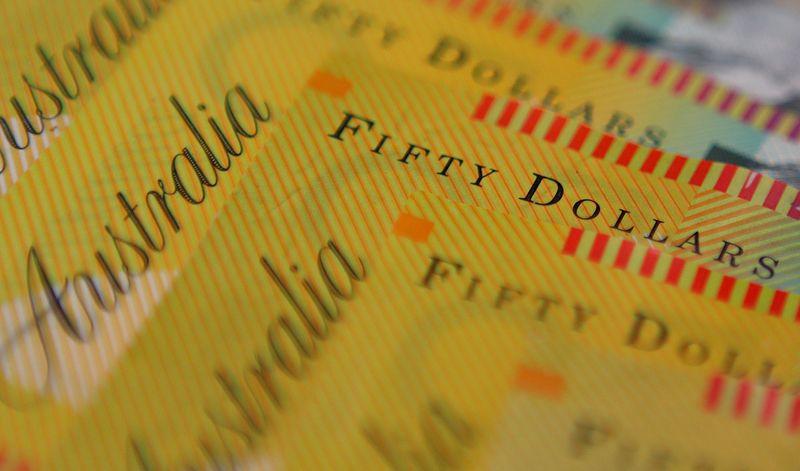