NEW YORK, NY / ACCESSWIRE / September 14, 2020 / FMW Media “Exploring The Block” T.V. show completed their latest in-depth interview for Somee.Social to be broadcast on Bloomberg Television and Fox Business later this month. Dates and Times TBA. SoMee is generating a lot of interest in the crypto […]

SoMee is generating a lot of interest in the crypto and social worlds. Why? Because it’s combining the latest groundbreaking blockchain technology with the most popular way people interact in the modern age; social media.

Jane King sits down (virtually) with actors Peter Ivanov, Bejo Dohmen, and Nick Dong-Sik who are avid users of this novel platform to gather their perspectives.

Peter Ivanov has been featured in ABC’s episodic TV series “In An Instant” and recently completed filming an independent feature.

Bejo Dohmen is known for several TV shows in Germany such as his latest upcoming pilot “Ready to Rumble” and has also won several awards through the 2020 Academy Award-qualifying, best live-action short film “Kommando 1944.”

Nick Dong-Sik is known for “Charlie’s Angels”, “Iron Sky”, “Within the Whirlwind”, and Netflix’s “Marco Polo”, working alongside actors like Sir Patrick Stewart, Elizabeth Banks, and Toby Kebbell, and is currently working on the German TV series “Helen Dorn”.

Discussing everything from how SoMee functions to how the platform may serve artists, Peter, Bejo, and Nick provide their two cents. Here’s what we’ve found out:

SoMee is a blockchain-based, social media platform aimed at evolving the social media community. With a focus on security and monetization, SoMee offers something other platforms like Facebook, Twitter, or Instagram can’t; control. Users are now provided with an outlet for their content and data which protects and respects each user’s right to control their information and posts, without worry of having information sold.

Not only that but the users now also have the option to monetize effectively. How? Through community interaction. Currently, users are posting on other platforms and receiving “likes” and “shares”, but that’s it. Unless you reach “influencer” or “celebrity” status on these platforms and somehow strike a deal with various brands or entities, all you receive is attention in the form of “likes” and “shares.” Even if your post goes viral, you may reach a ton of viewers, but still, nothing may come of it.

This is where SoMee comes in. Now, users have the ability to monetize those likes directly, and you don’t have to be an “influencer” or “celebrity.” If you come up with something cool, creative, or viral, and people take notice, boom; rewarded.

In the interview, Bejo Dohmen also comments on the potential of this system by mentioning that artists could even have a chance to introduce an idea and gain funding through community support. He loves the idea that SoMee allows him to help people with a simple “upvote” which could potentially change someone’s life.

Another important point was made by Peter Ivanov when he mentions “Social for a Cause”; SoMee’s growing, philanthropic effort to bring the world together by increasing the awareness and assistance of those struggling and in need all around the globe.

SoMee operates on a global scale, so users from around the world have the opportunity to interact with each other. Not only does it connect everyone, but it also provides an opportunity to help users who may be located in fallen economies, war-torn locations, or third-world areas.

Nick Dong-Sik likes to compare SoMee’s ONG1 to Bitcoin, stating that he remembers when Bitcoin began, but never seized the opportunity, feeling like he “missed out,” but now he’s happy to be onboard with SoMee from the beginning.

SoMee is dedicated to taking the social media space to the next level by providing monetization, control, and global community interaction like we’ve never seen before. The actors all agree that SoMee is the next big thing and is full of potential.

Now is the chance to join the community which could change your life and the lives of anyone anywhere anytime. Don’t miss out!

FMW Media Corp. operates one of the longest-running U.S and International sponsored programming T.V. brands “NewToTheStreet,” and its blockchain show “Exploring The Block.” Since 2009, these brands run sponsored media formatted shows across three major U.S. Television networks. The TV platforms reach over 540 million homes both in the US and international markets.

Fri Sep 18 , 2020
The word “pivot” is one that has been used a lot to describe how people’s roles have changed during the novel coronavirus pandemic. Costa Mesa resident Allison Olmstead prefers the word “hustle.” That word perhaps more accurately describes what Olmstead and other public relations professionals have had to do since […] 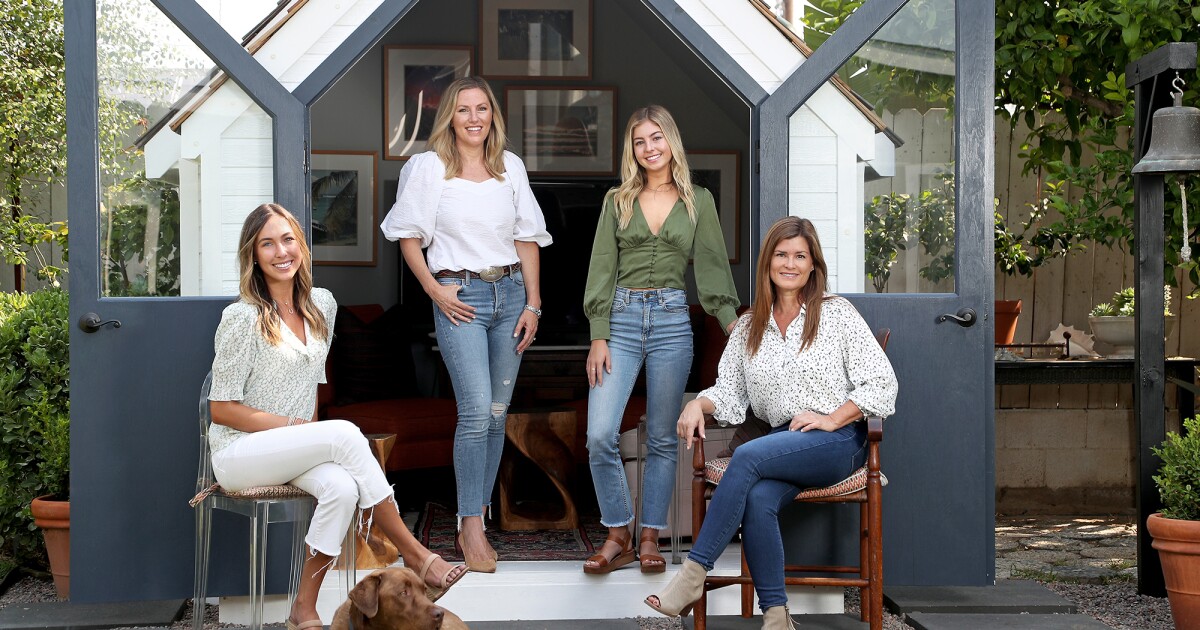