Terry Corless is one of the biggest, most outspoken bar and restaurant owners in downtown San Antonio. His career in the hospitality industry spans five decades. The U.K. native has run a catering business, and managed hotels, restaurants, discotheques and nightclubs in England, Hong Kong, Dubai, Australia and Bahrain. Corless, […]

Terry Corless is one of the biggest, most outspoken bar and restaurant owners in downtown San Antonio.

His career in the hospitality industry spans five decades. The U.K. native has run a catering business, and managed hotels, restaurants, discotheques and nightclubs in England, Hong Kong, Dubai, Australia and Bahrain. 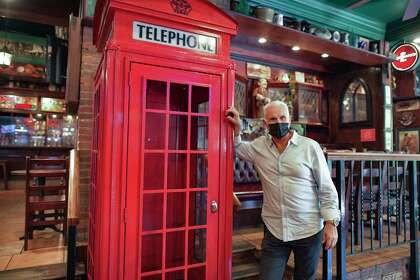 Corless, 63, got started in the 1970s in his hometown of Cambridge. After graduating from the University of Surrey in London, where he studied international tourism and hotel management, he went to work as a deputy general manager of a hotel in Cambridge.

One of his more memorable assignments was in 1997 when he served for almost a year as director of entertainment for the Jumeriah Beach Resort in Dubai. Corless was in charge of booking entertainment for the hotel complex and its 18 restaurants and bars. He said he bumped into celebrities, royals and rock stars on the job.

His move to San Antonio traces back a year earlier, in 1996, when he managed the Mad Dogs British Pub in Hong Kong. The coastal city was still a British colony.

“We had British pubs in Hong Kong because you couldn’t get good fish and chips and a good beer,” he said. 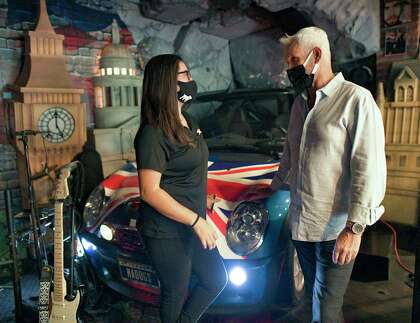 On ExpressNews.com: Flux: King of downtown San Antonio attractions is down but not giving up

Fast-forward to 2000. The owners of Mad Dogs also owned a financially struggling bar on the River Walk attached to the Hyatt Regency Hotel. Corless was managing a nightclub in Bahrain and looking for a new challenge.

He moved to San Antonio and became the pub’s general manager. He added more food, drink and entertainment offerings, increasing profitability. In 2005, he took a partial stake in the pub, becoming its full owner in 2017 after buying out his Hong Kong partners.

He has created a mini-restaurant empire on and around the River Walk. He opened a German-themed bar and restaurant — the Bier Garten — in 2013, across from Mad Dogs.

In 2017, he also purchased the eatery next door to Mad Dogs — The Landing, home to the legendary Jim Cullum Jr. and his jazz band from 1963 to 2011. It’s now On The Bend Oyster Bar & Lounge, and Corless — who was friends with Cullum — plans to bring live jazz back to the venue. 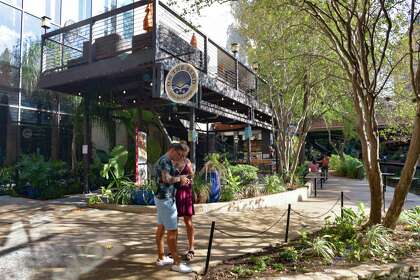 In 2018, Corless purchased The Ticket Sports Bar on Houston Street, steps away from the River Walk. A year later, after remodeling, he recast the place as Maddy McMurphy’s Irish Sports Bar.

The following transcript has been edited for clarity and length.

You lived around the world but have stayed in San Antonio for the last two decades. What appeals to you about the city?

A: I absolutely adore San Antonio because the weather is nice for a Brit, although it’s a little hot in the summer. Coming from the Middle East, it took a long while for me to get fazed by 100-degree temperatures. Overall, San Antonio is a beautiful subtropical type of climate. It’s also very cost-effective. It’s English speaking, but it’s beautifully infused with the Hispanic culture.

Beyond that, I found that it was unexploited. Obviously, for a professional person with ambitions, that is a great lure. You can open in Manhattan or Brooklyn, but they have the best operators in the world that have been doing it for years — so good luck to you. It made me realize from a business perspective there are great opportunities here.

Your restaurants all have themes. How did you develop the idea for the German beer garden and the oyster bar? 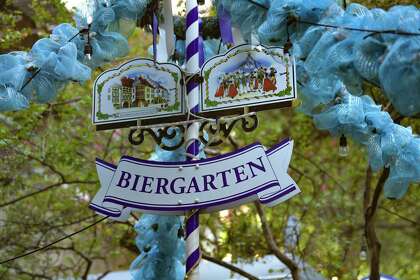 A: I did a lot of research into South Texas history and the relevance of the German settlers. So I thought, why not open a German restaurant? I went to Fredericksburg, Boerne and New Braunfels. I saw these delightful little German restaurants, mom and pops, and they were making their own pretzels and sausages and weren’t really doing very well. There was also this big resurgence in craft beers, most of which are recipes out of Europe. And then, I read somewhere that the biggest thing in the world was Oktoberfest.

We brainstormed and created what was going to be an ongoing Oktoberfest on the River Walk. The problem was I needed 5,000 square feet for singing and dancing, but I couldn’t find it anywhere. Eventually, the space in the back at the Hyatt became available, and it’s just been phenomenally successful.

The other venue, On The Bend, I wanted to make as a tribute to my friend Jim Cullum Jr. We put together a sort of pseudo-Cajun seafood concept. So now we do oysters and cigars and jazz on the river, and we’re working with the River Walk Association to bring a jazz festival every year.

Q: What plans do you have for new restaurant/bars? 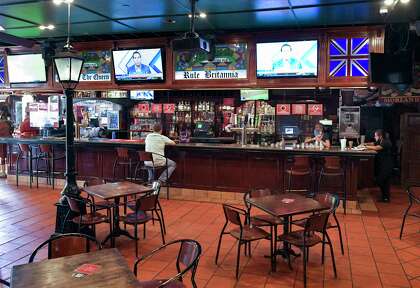 A: I’ve always had this idea that I would love to do a Wild West cowboy saloon. I got off the airplane in San Antonio from Asia. It’s like some of the locals try to hide the cultural charm and heritage of San Antonio. I would love to do something really raw, classy and stylish that has an edge to it.

I have always been a collector of odd pieces, not like a Ripley’s Believe It or Not! where you get the two-headed duck. I wanted to create an almost museumlike environment, but then blend it with really unusual and exotic foods. I mean, we know about snails, frog legs, and this, that and the other. And couple that with some really wild and crazy cocktails. I’m trying to create a destination within the River Walk. I don’t want to cannibalize my other businesses. I want to complement them.

Q: We’re going through a pandemic, and restaurants and bars have been particularly affected. How have you coped?

A: When the government closed down restaurants and said that you can do drive-thru or curbside, that doesn’t affect us because we’re subterranean. So we realized how out on the limb we were. We were never exposed previously because at the River Walk, there were always events going on. We were grateful that the city offered two months worth of complimentary city parking. I know that’s a big thing in Texas — everybody drives.

I was really hoping that COVID-19 would tail off fairly quickly as the temperatures rose. Days became weeks, and weeks became months. I had 180 employees, and four or five days into the pandemic I had to lay everybody off. I wouldn’t be here if I hadn’t done it.

On ExpressNews.com: Wary Traveler: Las Vegas is desperate to get its visitors back

When do you think things will get back to normal?

A: Even if you believe this is going to be over in 12 months, 12 months is too much. You can’t survive this for 12 months. You know, the week before last, they allowed us to go to 75 percent capacity. But you can’t put any more tables in because then they are not socially distanced. You can’t get more in than that. And then we’ve been plagued by the city, by Metro Health, by Texas Alcoholic Beverage Commission. I got a citation for $1,000 the other day. A table was 6 feet away, and then somebody came in and moved a bar stool so that it became 5 feet. An inspector came in, and we got a ticket without a warning.

Q: How long do you believe it will be before people start coming back?

A: The truth of the matter is, there is a huge pent-up demand. Nobody in their right mind will get on a cruise line. Nobody trusts the social distancing on airplanes. You’ve got kids who have been locked up for essentially six months. So what we’re finding is that there’s a lot of people taking risks and going out now. The River Walk has come back on weekends, but that is problematic because we need to manage the people. We do have some problems where they refuse to wear masks and they’ll be abusive when we ask them to. We’re in a tough situation where we are the front line now. By and large, people in San Antonio are very responsible and very understanding, and they’re very appreciative.

Q: Do you see any end in sight to this pandemic?

A: One thing’s for certain — this virus has not weakened or lessened and is potentially damaging. My hope is that we as a community can stay strong with adhering to social distancing and mask-wearing. I’m hoping that by March of next year, we’ll be looking at much of this in the rearview mirror. We’re living in a new world of awareness. I think the scars will stay forever. I think we will have a modified lifestyle.

Any plans in the meantime for your businesses?

A: I’m working at the moment with the Hyatt to create an art district around here full of entertainers and artists. Now this really comes alive on Fridays, Saturdays and Sundays. We’ve got caricature artists who draw portraits. We’ve got stilt walkers, street magicians. We’ve spent the past four or five weeks developing this concept. So I’m always looking for opportunities, and I’m always upbeat.