The smoke-choked skies have cleared, and PurpleAir has gone green in the Bay Area. Wood particle-laced air is bound to return however. Fire season doesn’t end in California until the rains come, usually in November, so don’t expect the green (healthy air) icons to stick around. As ash flakes dusted […]

The smoke-choked skies have cleared, and PurpleAir has gone green in the Bay Area.

Wood particle-laced air is bound to return however. Fire season doesn’t end in California until the rains come, usually in November, so don’t expect the green (healthy air) icons to stick around.

As ash flakes dusted their cars last weekend, many Bay Area residents turned to the app provided by PurpleAir, which manufactures low-cost air monitors, or to AirNow, a site that displays readings from the more sophisticated, much more expensive sensors maintained by the Bay Area Air Quality Management District.

Each has their advantages. PurpleAir has hundreds of monitors in the area providing real-time readings updated every 10 minutes. AirNow’s sensors are more accurate, state-regulated and calibrated regularly by scientists. But there are far fewer monitors than PurpleAir, and readings are shown hourly, allowing gaps in coverage and the potential for outdated readings.

Now there’s a third option. In a pilot program, the Environmental Protection Agency and the U.S. Forest Service have launched a hybrid air quality-monitoring Fire and Smoke Map that combines readings from PurpleAir sensors with those from government monitors using the EPA’s Air Quality Index scale.

“While these [PurpleAir] sensors don’t meet the rigorous standards for regulatory monitors, they can help you get a picture of air quality nearest you, especially when wildfire smoke is in your area,” the website states.

The PurpleAir sensors are identified as squares while the official AQI monitors are displayed as circles. A triangle indicates a temporary AQI monitor. The site employs a conversion formula to correct the tendency of PurpleAir sensors to register high readings during smoky days because of the different density of wood particles.

People using PurpleAir app alone can toggle between two conversions — “LRAPA,” developed by the Lane Regional Air Pollution Agency in Oregon, and “AQandU,” developed by University of Utah — which adjust readings so that it more closely aligns with AQI numbers. The app’s default setting is “None.”

PurpleAir’s data comes from the sensors it sells to customers. The units are often installed on porches, decks and yards, but some people keep them inside. The interior monitors are delineated with black circles on PurpleAir’s map and can be deselected in order to avoid outlier readings.

Thu Sep 17 , 2020
Walking along the streets of Brownsville, Brooklyn, 73rd precinct officers Jeffrey Deshommes and Adaryll Stephens said they give respect and get respect. Sometimes they’re on foot, other times in their patrol car. What You Need To Know Police say gang rap music on social media is causing lots of gun […] 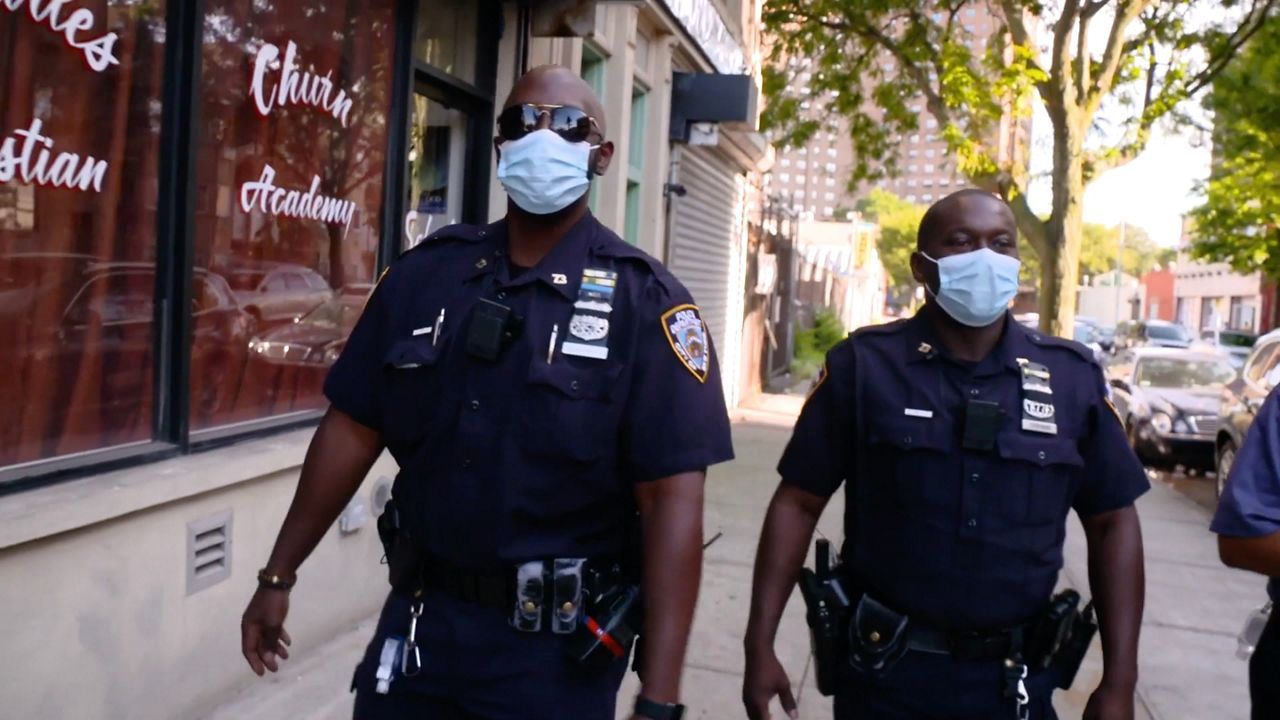