Some of Facebook’s most prominent critics on Wednesday called on the social network to take steps to safeguard democracy ahead of the US elections in November, accusing it of not enforcing its own rules against inciting violence. © Provided by CNET Facebook critics say the social network needs to do […]

Some of Facebook’s most prominent critics on Wednesday called on the social network to take steps to safeguard democracy ahead of the US elections in November, accusing it of not enforcing its own rules against inciting violence.

© Provided by CNET
Facebook critics say the social network needs to do more to safeguard the US elections. Angela Lang/CNET

During a press conference on Wednesday, the group outlined a list of demands for Facebook. The social network should enforce its rules including a policy against inciting violence along with banning paid ads that mention the presidential election results until one candidate is declared the winner and the other concedes. Facebook should also label posts about presidential election results as untrue and premature before the results come out, the group says.

The demands show that Facebook continues to face more pressure to do a better job of combating misinformation and hate speech before the US elections in November.

Facebook has faced criticism this year for how it interprets its own rules. The company didn’t pull down a post by President Donald Trump that said “when the looting starts, the shooting starts,” sparking a rare virtual walkout by Facebook employees in June. Facebook CEO Mark Zuckerberg said even though the post “had a troubling historical reference” the company decided to leave it up because it had a reference to the National Guard and the social network “read it as a warning about state action.”

Facebook critics say the social network needs to do more to safeguard the US elections.

Robinson said he also asked Facebook to deal with Donald Trump Jr.’s calls on the social network for supporters of the president to show up to the polls. Black communities say these calls are a “threat” to their ability to express their “will for a better future,” he said.

“The folks at Facebook sent me an email quibbling about the words…,” he said. “Our blood will have to be shed before Facebook does anything.”

Facebook spokeswoman Liz Bourgeois said the group is a “stunt driven by our longtime critics.”

“Worth noting though that we’re already doing work in these areas,” she said in a tweet.

Facebook has said it will stop accepting political and issue ads a week before the election and will reject ads that claim victory before the election results are declared. The company said it will also won’t allow ads that seek to delegitimize the outcome of an election. That includes calling “a method of voting inherently fraudulent or corrupt,” Rob Leathern, Facebook’s director of product management, said in a series of tweets on Wednesday.

Facebook has also said that it will label posts by any candidate or campaign that tries to declare victory before the final results, directing users to the official results from Reuters and the National Election Pool. The company partners with third-party fact checkers, who do label posts as false, but Facebook doesn’t send posts from politicians to these fact checkers.

When asked if Facebook will label posts that prematurely declare victory before the final election results as “untrue,” Bourgeois said that the company’s “labels will make it clear that official results are not yet in” and direct people to the official results.

Facebook also created what it also calls an oversight board that would have the power to overrule or uphold the social network’s decisions about what content to leave up or pull down. But that group plans to launch in October and Facebook has up to 90 days to act on a decision.

Carole Cadwalladr, the Guardian and Observer journalist known for exposing the Facebook-Cambridge Analytica data scandal, founded a UK advocacy group called The Citizens that started the Real Facebook Oversight Board.

She said the group was created as an emergency response because the other board formed by Facebook won’t launch in time to impact US election content.

“We really hope that they can do something in the longer term to hold Facebook to account, but they are not going to be holding them to account right now at this critical time,” Cadwalladr said.

Thu Oct 1 , 2020
Greta Thunberg in ‘Spitting Image’ (Credit: BritBox) Spitting Image have defended their depiction of Greta Thunberg following criticism on social media. The satirical comedy show confirmed 17-year-old climate activist Thunberg would be making an appearance on the show in puppet form, where she’s set to be portrayed as a weather […] 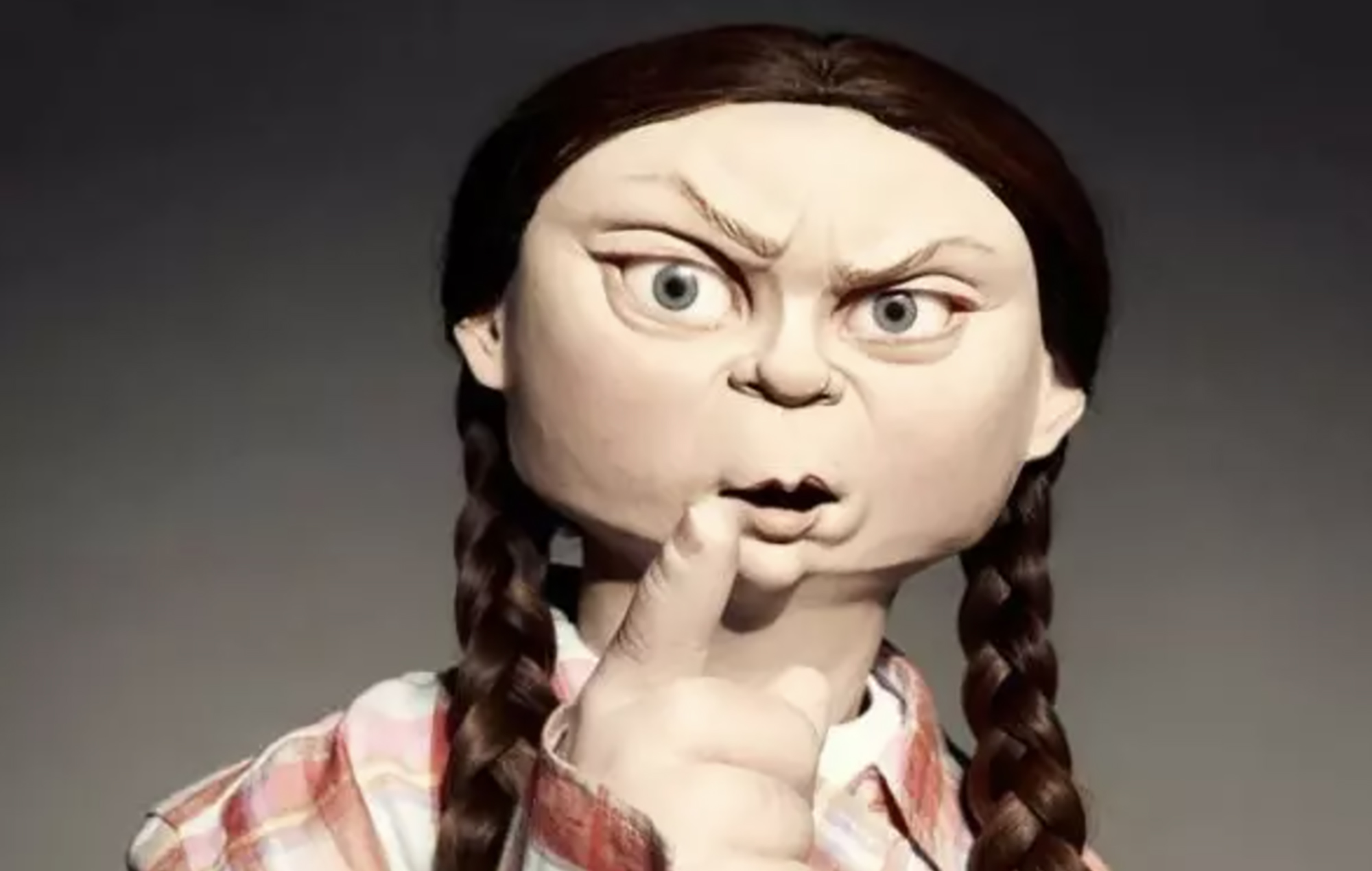