Facebook and Twitter both have rules against coronavirus
misinformation that could lead to harm, such as claiming a certain group is immune or promoting drinking bleach as a cure, which can be deadly. Facebook has been under fire for not sending posts from politicians to fact-checkers. Politicians, though, aren’t exempted from the social network’s rules against coronavirus misinformation.

“We remove incorrect information about the severity of COVID-19, and have now removed this post,” a Facebook spokeswoman said in a statement.

Social networks, though, have been under scrutiny for how quickly they respond to posts with coronavirus misinformation. On Facebook, Trump’s post comparing COVID-19 to the flu had more than 290,000 reactions before it was removed, according to data from CrowdTangle, a social media analytics tool owned by Facebook. On Twitter, users can still quote-tweet Trump’s post even though it has a notice over it, but you can’t like or retweet the post, limiting its reach. Trump’s tweet no longer shows how many people shared the president’s tweet. A Twitter executive told Reuters it’s testing ways to make labels attached to tweets with misinformation more obvious such as using a reddish-magenta color instead of blue for the notices.

Meanwhile, politicians are putting more pressure on these companies to do more to combat misinformation ahead of the US elections in November. On Tuesday, Sen. Mark Warner, a Virginia Democrat, sent letters to Facebook, Twitter and Google criticizing the companies for not doing enough to tackle this problem and asked them a series of questions. In the letters, he urged the companies to “implement stronger accountability and transparency standards” for election content.

“Despite some modest improvements, Facebook continues to be a vector for disinformation, viral misinformation, and voter suppression efforts,” Warner wrote in a letter to Facebook CEO Mark Zuckerberg. Social media sites have been trying to direct voters to more authoritative sources by creating online hubs for this information.

Trump’s social media posts about the coronavirus come after the president was diagnosed with COVID-19. The president on Monday returned to the White House from Walter Reed National Military Medical Center, after his doctors said Sunday his health is improving as he responds to treatment for COVID-19.

More than 1 million people around the world have died as a result of the novel coronavirus, according to data from Johns Hopkins University, with more than 210,000 deaths in the US as of Tuesday. In his social media post on Tuesday, Trump said “many people every year, sometimes over 100,000” die from the flu. He continued, saying that people have learned to live with the flu “just like we are learning to live with Covid, in most populations far less lethal!!!”

There were 22,000 flu deaths in the US during the 2019-2020 season, according to the Centers for Disease Control and Prevention. The World Health Organization has also said mortality for COVID-19 appears to be higher than for influenza. The number of secondary infections generated from one person infected from the COVID-19 virus is also higher than for the flu, according to the WHO.

This week, Twitter also required Trump to pull down a tweet that contained the email address of a columnist for The New York Post, Sky News Australia reported. A Twitter spokesman said Trump violated its rules against posting private information.

Wed Oct 7 , 2020
“You’re a f*cking dick,” Garfield would tell his co-star in order to help get him into the mind of Mark Zuckerberg. This month’s 10th anniversary of “The Social Network” has been accompanied by memorable set stories (click here for David Fincher’s apology over replacing actor Josh Pence with Armie Hammer’s […] 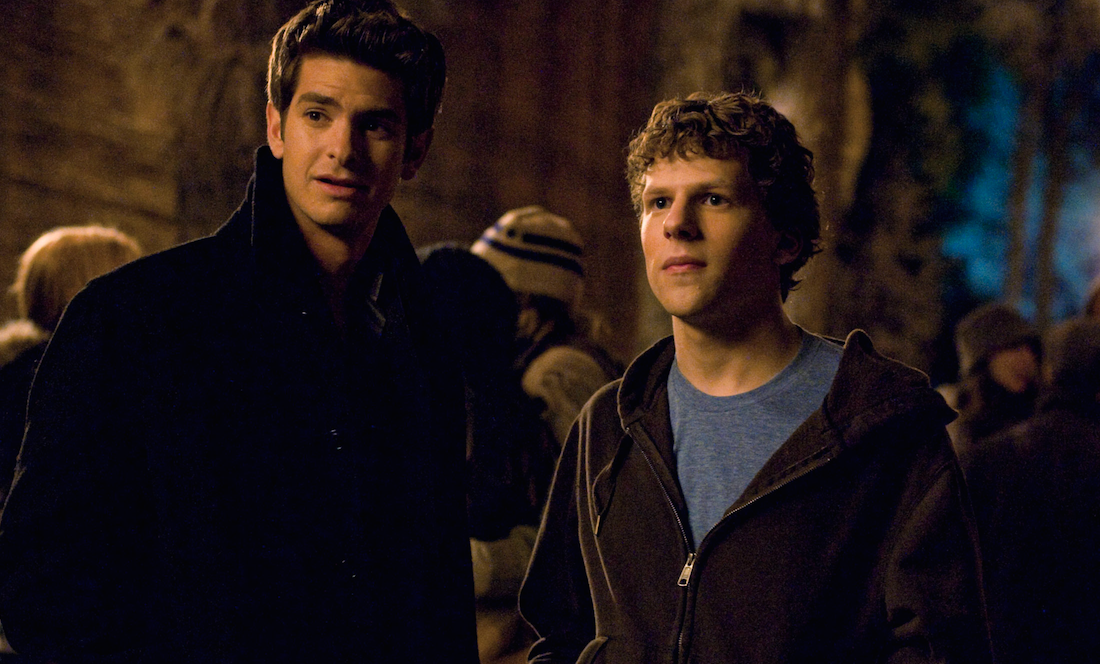