(Bloomberg) — The euro area’s economic recovery stalled this month as consumers fretted about a resurgence of the coronavirus and governments reinstated restrictions to control the spread of the disease. IHS Markit’s composite Purchasing Managers Index unexpectedly fell to 50.1 from 51.9 in August, far worse than economists had forecast. […]

(Bloomberg) — The euro area’s economic recovery stalled this month as consumers fretted about a resurgence of the coronavirus and governments reinstated restrictions to control the spread of the disease.

IHS Markit’s composite Purchasing Managers Index unexpectedly fell to 50.1 from 51.9 in August, far worse than economists had forecast. The weakness is a reminder that while the initial rebound from lockdowns proved stronger than anticipated, that’s little guide to the longer term. Activity is still below its pre-crisis levels, full recovery is a long way off, and a number of sectors remain in trouble.


The report linked the decline in activity to a resurgence in infections across Europe in recent weeks that’s hit hotels, airlines and restaurants.

The tourism sector is reeling, and Airbus SE Chief Executive Officer Guillaume Faury said Tuesday the “situation has worsened.” He stepped up his warning on forced job cuts at the planemaker amid a sharper-than-expected decline in travel. The same day, U.K. hotel operator Whitbread Plc announced plans to cut as many as 6,000 jobs.

The skewed impact of the virus means Europe is seeing a two-speed recovery, with manufacturing growing but services back in contraction. Markit’s reports on Germany and France showed a similar picture.

The services numbers could get even worse as restrictions are reimposed and events are canceled. The U.K. this week announced a 10 p.m. curfew on bars and restaurants, and reversed a recommendation for workers to return to offices.

“As the Covid-19 caseload rises across Europe, lower demand from cautious consumers will likely weigh on activity this winter, even if governments manage to avoid a return to stricter containment measures.”

The OECD warned last week that the recovery is losing pace and will need support from governments and central banks for some time. On Monday, European Central Bank President Christine Lagarde said the outlook is still “very uncertain.”

The PMI showed that employment in the euro area fell for a seventh month in September. The report didn’t provide details, but noted that reduced staff cuts in Germany and France were “partly countered by greater job losses in the rest of the region.” That suggests bad numbers in Italy and Spain, heavily reliant on tourism.

A bright note in the release was a pickup in business expectations. That was driven mainly by hopes that disruptions from the virus will ease over the coming year.

“This optimism often rests on infection rates falling, which remains far from guaranteed,” said Chris Williamson, chief business economist at IHS Markit. “The main concern at present is therefore whether the weakness of the September data will intensify into the fourth quarter, and result in a slide back into recession after a frustratingly brief rebound.”

Wed Sep 23 , 2020
While the nation lost a judicial icon with the passing of Supreme Court Justice Ruth Bader Ginsburg over the weekend, President Donald Trump won a monumental political opportunity in the form of a vacancy on the nation’s highest court with the potential to cement its conservative majority. Coming just six […] 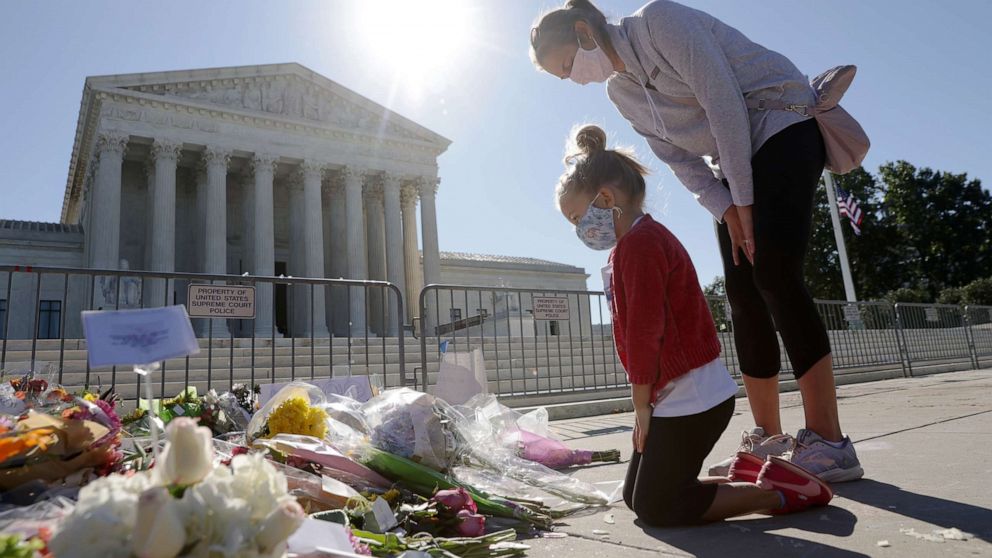