World’s Best Bank: JP Morgan | Euromoney Awards for Excellence 2020 This year, JPMorgan’s second-quarter results were defined by two very precise and very large numbers: record high revenues of $33.8 billion and another hefty reserve build of $8.9 billion against credit losses. That comes on top of the $6.8 […]

This year, JPMorgan’s second-quarter results were defined by two very precise and very large numbers: record high revenues of $33.8 billion and another hefty reserve build of $8.9 billion against credit losses. That comes on top of the $6.8 billion already set aside in the first quarter.

Chief financial officer Jennifer Piepszak reports that, in the second quarter: “We saw record consumer deposit growth of 20%, up over $130 billion year on year and firm-wide average deposits were $1.9 trillion, up about 25% year on year and 16% quarter on quarter.”

And this came even as companies that had drawn their revolving credit lines at the start of the crisis and deposited funds at the bank repaid and ran those particular deposits down.

With lower-for-longer interest rates and falling loan demand, that deposit inflow is not a great bounty for the banks’ shareholders. But it is a clear demonstration that JPMorgan still stands out as a safe port in a storm.

It is strongly capitalized, has deep liquidity reserves, unrivalled management and has shown an ability to go the extra mile for both small and large businesses through the crisis.

The fortress balance sheet was quite unfashionable back in 2004 when banks happily levered up, like large hedge funds, to chase higher returns on equity and bonuses. But it made JPMorgan the big winner from the great financial crisis.

Since then, regulators have forced other banks to follow its example and JPMorgan’s balance sheet is not quite the distinguishing characteristic it once was. Its earnings power is, however.

Even in the second quarter of 2020, after taking $1.6 billion of actual charge-offs, as well as the $8.9 billion reserve build for expected future losses, the bank still reported pre-tax profit of $4.7 billion, for a return on tangible common equity of 9%.

We had humongous credit demand. We had the capital to meet it 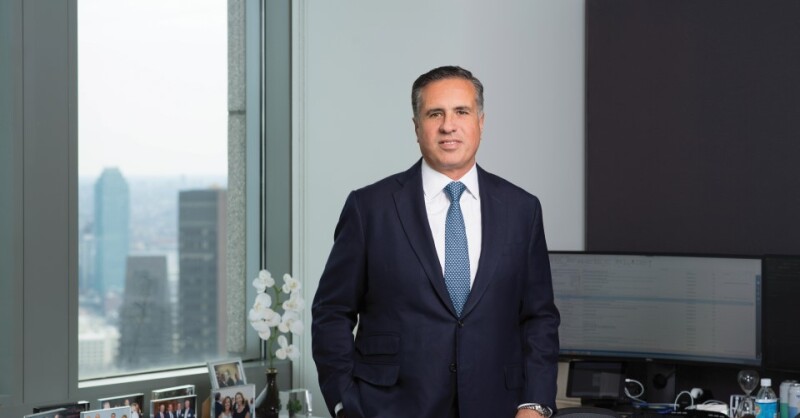 In the worst period since the great financial crisis, it is generating better returns than the large European banks do during boom conditions.

JPMorgan’s pre-eminence is the final proof of the wisdom of running a diverse business model, which survived calls after the last crisis to break the big banks up and separate deposit taking from investment banking.

This year, the corporate and investment bank (CIB) has paid for the reserve building, which has been higher at the consumer bank.

For the second quarter of 2020, the CIB reported its highest quarterly revenue ever, with investment banking fees up 54% and markets revenue up 79% year on year, each representing record performances.

Outlining JPMorgan’s response to large corporate customers that needed its help, Daniel Pinto, head of CIB, tells Euromoney: “In the CIB and the commercial bank we were hit by a wall of credit requests, which, within reason, we were able to fulfil. Draws on revolvers were two times what we saw in the great financial crisis. Being in a strong capital and liquidity position, we were able to deliver for customers that were eager to conserve funding as soon as they could.”

It was a classic positive feedback loop. And JPMorgan was at the centre of it.

“We had humongous credit demand,” says Pinto. “We had the capital to meet it and while we had to assess the credit risks, we did not lower our credit standards. If anything, we slightly tightened them. But we were still able to arrange financing for borrowers from some of the most troubled sectors, including airlines, hotels and cruise lines.

“It was central bank support that allowed markets to function. The mere fact that these measures were there restored confidence. We were then able to handle volumes that were many times greater than what we had seen during the various mini-corrections throughout the long bull market that followed the financial crisis.”

Pinto’s view is that: “If the central banks had not intervened, banks would still have been OK. But asset managers would likely have faced massive redemptions from investors, which they would not have been able to meet by selling securities into declining markets with asset prices in freefall. Within a couple of weeks, central banks implemented measures that had taken two years to deliver during the last crisis.”