A few days ago Eddie Van Halen, icon of the hard rock scene, passed away. What many don’t know is that Van Halen was not only an extremely creative and successful hard rock performer, but also a pioneering user of checklists, as an indispensable management tool. As an early heavy […]

A few days ago Eddie Van Halen, icon of the hard rock scene, passed away. What many don’t know is that Van Halen was not only an extremely creative and successful hard rock performer, but also a pioneering user of checklists, as an indispensable management tool.

As an early heavy metal rock band, when Van Halen went on tour they were one of the very first bands to have to haul several truckloads of audio, special effects, and other equipment to be set up at their various locations. When all the equipment was properly set up and wired, the band could play for hours, the spotlights, flames and fireworks would go off just right, and the crowd would be mesmerized. But if something was amiss, or if one of the special effects misfired, the result was not just a bad show, it could actually be quite dangerous. So everything had to be connected just right, the first time and every time.

The problem was that when Van Halen’s nine eighteen-wheeler equipment trucks would pull into some of the smaller locales, the locals often had little or no experience handling such logistics. Sometimes the weight of the audio equipment alone would exceed the allowed specifications for the venue’s stage, or the equipment would be too big to fit through the doors. And the sheer complexity of the set-up was overwhelming to many of the local facilities managers.

So, as lead singer David Lee Roth told it in his memoir Crazy from the Heat, to ensure that everything went smoothly the band developed a checklist so detailed that “the contract read like a version of the Chinese Yellow Pages.” And usually, as complex as the set-up operation was, the local technicians dutifully followed the carefully detailed instructions and things went off without a glitch. But occasionally the locals tried to do things differently or didn’t pay as much attention to the checklist as they should have.

The band had a requirement buried in the fine print, however, designed to reveal how carefully the checklist had been followed. In addition to all the equipment specifications and connection conditions, their contract required that a bowl of M&Ms be placed backstage, but with every brown M&M removed. And according to Roth, “When I would walk backstage, if I saw a brown M&M in that bowl, well, we’d line-check the entire production. Guaranteed you’re going to arrive at a technical error…. Guaranteed you’d run into a problem.”

This anecdote is from the physician Atul Gawande’s book The Checklist Manifesto, which is chock full of other powerful stories about the proper use of checklists, not just in medicine, but in business. Better use of checklists might not only save lives, it could improve operations in a variety of situations.

Why did Van Halen insist on brown M&Ms being removed from the backstage bowl? You might be surprised at the answer…

A Democratic Blue Wave Is Looking More Likely. That Could Signal the End of Big Tech’s Market Dominance.

Thu Oct 8 , 2020
Text size A resident wearing a protective glove drops a ballot into a ballot box at an early voting polling location for the 2020 Presidential election in San Francisco, California David Paul Morris/Bloomberg Investors are acting like Democrats have a better chance of winning since the contentious Sept. 30 debate […] 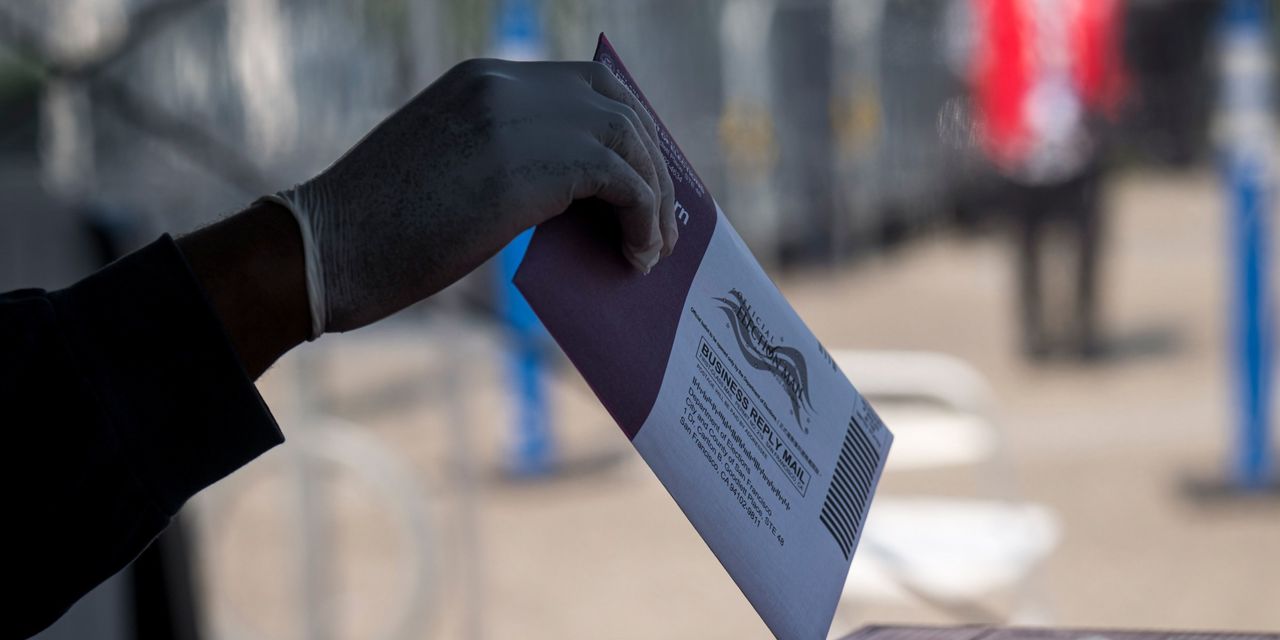