The European Central Bank is “ready to act” to rein in the euro as it rises against the dollar, a member of the ECB’s executive board told AFP. “We are not targeting the exchange rate. We adjust our policies according to the medium-term inflation outlook,” said Schnabel, who joined the […]

The European Central Bank is “ready to act” to rein in the euro as it rises against the dollar, a member of the ECB’s executive board told AFP.

“We are not targeting the exchange rate. We adjust our policies according to the medium-term inflation outlook,” said Schnabel, who joined the central bank’s executive board in January.

“We continue to monitor incoming information carefully, including developments in the exchange rate, and we stand ready to act if the incoming data is not consistent with the objective of our emergency measures to close the inflation gap that has emerged as a result of the pandemic,” she said in an interview.

Previously the only female in a five-strong economic panel advising Chancellor Angela Merkel’s government before joining the Frankfurt-based institution, Schnabel has found herself having to defend the ECB’s ultra-loose monetary policies to her compatriots, a nation of savers who have lost out on interest as the bank keeps its rates in negative territory.

Schnabel, 49, replaced Sabine Lautenschlaeger who quit in protest at the ECB’s decision in September to boost stimulus to the single currency bloc.

It would be dangerous to end the fiscal support prematurely, Schnabel says Photo: AFP / Daniel ROLAND

While the move appears to be at odds with what German savers have been calling for, Schnabel told AFP that the ECB may well be forced to take further action, this time because of a strengthening euro.

The single currency on September 1 hit a two-year high of $1.20 from $1.06 in March, further complicating the bank’s efforts at bringing inflation to its target of below, but close to, 2.0 percent.

Highlighting how far away the goal is, eurozone inflation even turned negative in August for the first time in four years, coming in at -0.2 percent.

At the last monetary policy setting meeting, President Christine Lagarde put the August dip down to temporary factors like a sales tax cut in Germany and falling oil prices, brushing off concerns that the eurozone could be headed for the dreaded phenomenon of deflation.

Deflation, or a spiral of falling prices, can deter customers from spending in anticipation of even cheaper prices, creating pressure on businesses who may end up cutting jobs or closing down.

The ECB is ready to act to rein in the euro, executive board member Isabel Schnabel says Photo: AFP / Daniel ROLAND

Yet the challenges facing the ECB are numerous — including unemployment which has climbed steadily as the pandemic has devastated large swathes of the economy.

Rising coronavirus infection rates have added further uncertainty over a recovery since European nations eased their lockdowns in May.

For Schnabel, recovery will take time.

“We don’t see a V-shaped economic development where we return to the pre-crisis path very quickly. Instead, we see a protracted recovery that takes time, and the same is true for the inflation outlook,” she said.

The ECB board member stressed that government support mechanisms continue to be essential in keeping the economy afloat.

“We’re still in the middle of the pandemic. This requires a lot of support from the fiscal as well as from the monetary side. This has helped viable firms to survive.

“It would be dangerous to end the fiscal support prematurely. This mistake was made before and I don’t think we should repeat that.”

Nevertheless, she noted that the crisis will bring about structural change while at the same time, Europe is also seeking to make its green and digital transition.

“Therefore, it would be a mistake to try to preserve the pre-pandemic economic structure,” she said.

“Instead, we have to make sure that the crisis measures support the transition to a sustainable growth path.”

Thu Sep 17 , 2020
As corporates continue to rationalise spends and discretionary costs post pandemic, advertising and promotions are likely to see cuts in the financial year 2021. According to Care Ratings estimates, advertising and sales promotion spends which raked in ₹39000 crore in FY20 may see a decline of 20-30% in FY21 as […] 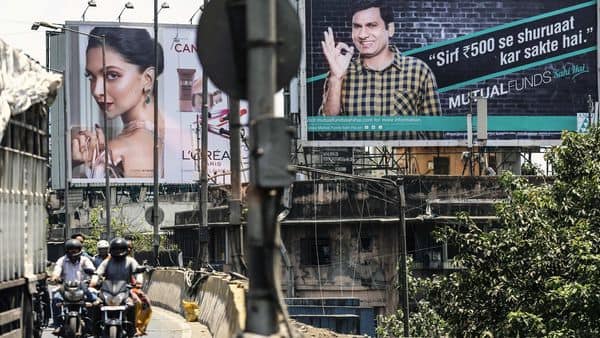