The world of social media was a little quieter than usual on Wednesday: Celebrities ranging from Kim Kardashian West to Mark Ruffalo “froze” their Instagram accounts for 24 hours, to protest hate speech and misinformation being spread on Facebook, Instagram’s parent company. “I can’t sit by and stay silent while […]

The world of social media was a little quieter than usual on Wednesday: Celebrities ranging from Kim Kardashian West to Mark Ruffalo “froze” their Instagram accounts for 24 hours, to protest hate speech and misinformation being spread on Facebook, Instagram’s parent company.

“I can’t sit by and stay silent while these platforms continue to allow the spreading of hate, propaganda and misinformation,” wrote Kardashian West, who has 188 million Instagram followers, in a tweet on Tuesday, before encouraging her fans to join her.

The day-long freeze, during which the celebrities ceased to share photos or posts on either platform, was organized by Stop Hate for Profit, a coalition of nine civil rights groups that are asking Facebook to make policy changes to address online harassment and conspiracy theories that spread place on the platform. By Wednesday night, according to Stop Hate for Profit, the Instagram freeze was seen by over 1 billion people. (A Facebook spokesperson told the New York Times on Tuesday that it had no comment about the situation.)

But while the boycott temporarily reshaped the Instagram feeds of the celebrities’ collective millions of followers, it was also met with criticism. The critiques paralleled similar concerns about two other major social-media activism campaigns in recent months: #BlackoutTuesday, for which Instagram users posted black squares to show support for Black Lives Matter, and #ChallengeAccepted, a campaign that involved users posting black-and-white selfies in a declaration of women’s empowerment.

For all three, a central question dogged the hashtags: what could short-term social-media action actually do to create long-term change?

“Whether it’s Black Lives Matter or the #MeToo movement, people are taking to social media to voice their opinions and really call attention to some of the issues that have been problematic in U.S. society in past years and now,” Tyree says. “They’re able to get exposure in a different light because social media is so prevalent and pervasive in today’s world.”

According to Tyree, however, that power can only be realized if the campaign also exists offline. Despite the criticism, she thinks Stop Hate for Profit has the potential to be a good example of how an online campaign can go beyond a symbolic gesture. The Instagram freeze is part of a week of action organized by the coalition, which includes clear objectives like educating people about election disinformation and asking people to register to vote.

“These campaigns give everyday people a chance to do something larger than themselves, but there has to be online and offline goals and objectives,” Tyree says. “To offer up the idea that we’re not going to utilize a platform for a day is not a goal—it’s a tactic that should be used as an overall part of a bigger campaign to evoke larger change.”

The backing of an campaign like Stop Hate for Profit is not in fact necessary to make an impact, Tyree says, but it helps to have an established set of goals and ideas to back up the posts. She points to the way the hashtag #MeToo went viral when used in a tweet by Alyssa Milano. While Milano’s tweet brought the phrase to the mainstream, the movement gained momentum because the phrase’s creator Tarana Burke had long been doing the work of empowering sexual abuse and harassment survivors.

Ultimately, however, while social media can raise money and awareness, it’s only one part of a larger puzzle—one that won’t be solved by any single campaign. Tyree stresses that while the 24-hour Instagram freeze was created to draw awareness to the hate speech and misinformation on Facebook, the bigger issue that needs to be addressed is the existence of the hate itself and the realities of the world that produced it.

“Social media is a reflection of society,” she says. “We also have to put the mirror to ourselves and understand that this is really a reflection of who we are as a society.”

The Leadership Brief. Conversations with the most influential leaders in business and tech.

For your security, we’ve sent a confirmation email to the address you entered. Click the link to confirm your subscription and begin receiving our newsletters. If you don’t get the confirmation within 10 minutes, please check your spam folder.

Fri Sep 18 , 2020
Topline President Trump told talk show host Greta Van Susteren on Thursday that he believes his handling of the coronavirus pandemic has been “great” and “phenomenal,” despite overwhelming public sentiment to the contrary, which he blamed on bad “public relations.” US President Donald Trump holds an umbrella as he speaks […] 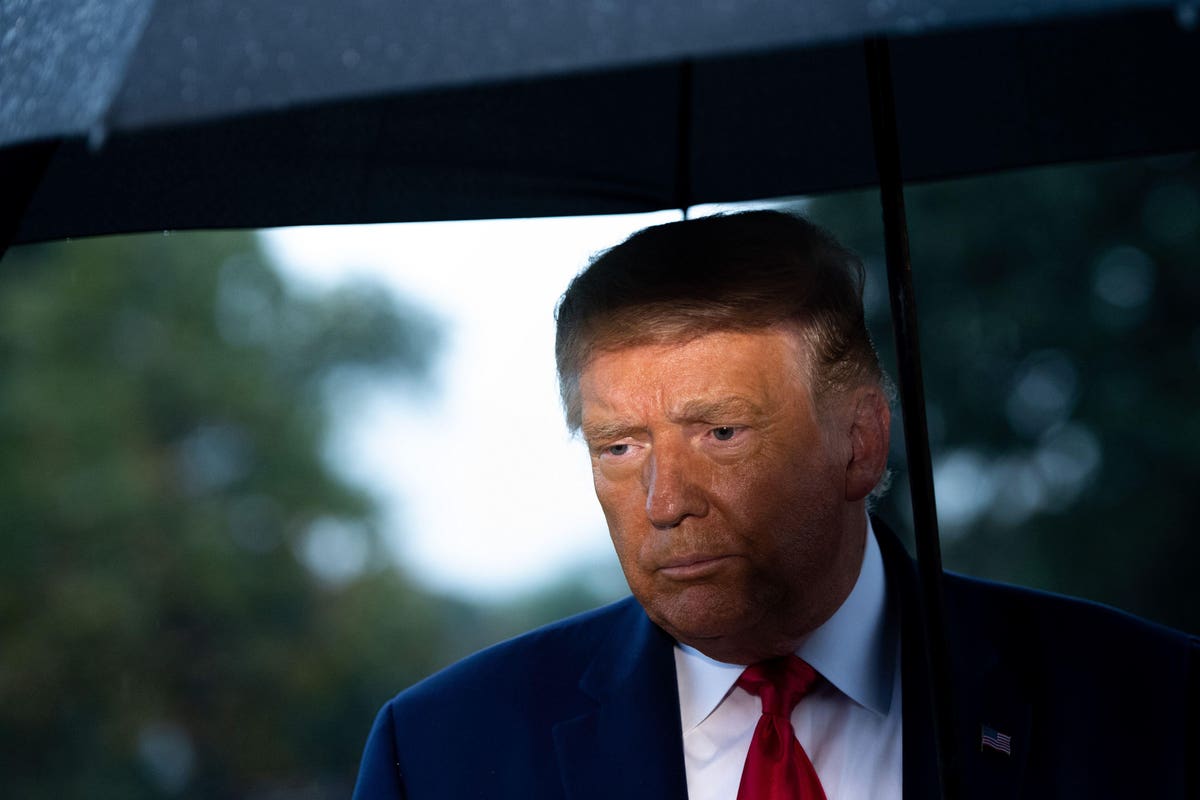