TORONTO, Sept. 22, 2020 /CNW/ – In recognition of his numerous contributions to both the Canadian Public Relations Society (CPRS) and the public relations profession as a whole, CPRS National has awarded Daniel Granger, CM, ARP, FSCRP the 2020 Philip A. Novikoff Memorial Award. Granger accepted the award virtually before […]

TORONTO, Sept. 22, 2020 /CNW/ – In recognition of his numerous contributions to both the Canadian Public Relations Society (CPRS) and the public relations profession as a whole, CPRS National has awarded Daniel Granger, CM, ARP, FSCRP the 2020 Philip A. Novikoff Memorial Award. Granger accepted the award virtually before an audience of her peers during the Society’s 2020 Annual General Meeting. 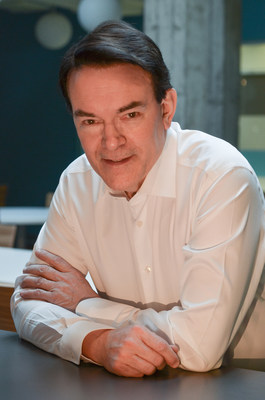 “I am grateful to CPRS and the Philip A Novikoff Award Committee for their decision. It is a great honour to join the list of outstanding leaders who have received this award in the past,” said Granger during his acceptance speech. “I’d also like to take this opportunity to salute the exceptional work of our National Board over the last 16 months, during perhaps our most challenging year ever. While you’ve had to rethink most of our events and activities, with the support of our national office team, you’ve still successfully moved our CPRS national agenda forward, especially with regard to increasing ethics understanding and respect and providing equal services to Francophones across the country. We share a unique profession, and we participate in the life of a great organization. Thank you for your commitment and efforts to make it stronger.”

One of CPRS’ most prestigious honours, the Novikoff Award is given annually to a member who’s contributed to the enhancement of both the Society and the public relations profession overall. Granger was nominated for the Award by his fellow members, who cited his career-long dedication to the ethical practice of public relations, and for his work within CPRS to further its mission, including his current roles as Presiding Officer of both the National Committee on Judicial and Ethics and the CPRS College of Fellows, as well as numerous others, including serving as National President from 2002-2003.

“Felicitations Daniel for being this year’s Novikoff recipient, and for your impressive career dedicated to supporting the public relations profession,” said Victor Vrsnik, MCM, APR, FCPRS past-National President, Canadian Public Relations Society. “Your consistent work towards the continued improvement of the Society and the practice of public relations is admirable and will continue to be instrumental in increasing the value and importance for CPRS members for years to come.”

Established in 1989 in memory of long-time CPRS member Philip A. Novikoff, the award is given to an accredited member who has furthered the standing of the public relations profession in Canada. This year’s Novikoff Award was one of nine Major and Special awards presented during the AGM.

About CPRS
Founded in 1948, the Canadian Public Relations Society (CPRS) is a not-for-profit association of professionals dedicated to the practice, management and teaching of public relations and communications. Comprising 14 local societies, CPRS’ mission is to build a national public relations and communications management community through professional development and accreditation, collaboration with thought leaders, a commitment to ethics and a code of professional standards, advocacy for the profession, and support to members at every stage of their careers.

Cision is the exclusive distribution partner of the Canadian Public Relations Society – National.