Text size Housing is booming. Bing Guan/Bloomberg Politics might be more of a sideshow to the real business of the economy, which is driven primarily by credit. Housing is booming, with sales of existing homes running at an annual rate of 6 million units in August, while new home sales […]


Politics might be more of a sideshow to the real business of the economy, which is driven primarily by credit. Housing is booming, with sales of existing homes running at an annual rate of 6 million units in August, while new home sales topped the 1 million yearly rate, the highest level since 2006, with sales of both constrained by lack of supply. It’s not just the flight from cities to the suburbs that’s causing the trend, but cheap mortgages, with 30-year conventional fixed-rate loans averaging 2.90%, according to

just a hair above the record low of 2.86% touched earlier in the month.

Speculative-grade corporations also have been feeding at the credit trough. Even before the third quarter ended, junk-bond issuance set a new yearly record, topping 2012’s mark of $329.6 billion this past week, Bloomberg reported. But there are signs that the boom may be quieting down, at least for now.

High-yield bond funds saw outflows of nearly $5 billion in the week ended Thursday, the biggest exodus since last March, when the capital markets were in near-meltdown before the Fed came to the rescue. High-yield spreads—the risk premium for speculative-grade credits—widened by 40 basis points, to 547 basis points,

credit strategists Hans Mikkelsen and Yunyi Zhang write in a client note. (A basis point is 1/100th of a percentage point.)

(ticker: CVNA), which issued $1.1 billion in notes a day after its stock popped, following strong guidance for the third quarter, in which it said it expected to break even on Ebitda (earnings before interest, taxes, depreciation, and amortization). Carvana had to pay 5.625% on a five-year issue and 5.875% on an eight-year maturity.

Carvana also has been a beneficiary of other parts of the credit market, securitizing loans on the used cars it sells in its “vending machines” to those smiling millennials in their jammies seen on its television commercials. According to an asset-backed securities offering rated by Kroll Bond Rating Agency earlier this year, the $480 million issue was collateralized by $495 million of auto loans to borrowers with an average FICO score of 554—scores that low are considered subprime—who paid an average rate of 19.20% on loans with an average original term of 71 months.

Kroll rated the various classes of ABS from AAA to BB, owing to various credit enhancements. If all goes as planned, the top AAA tranche gets paid off, while the bottom BB absorbs any losses. Meanwhile, CEO Ernest Garcia III and his father, Ernie Garcia II, Carvana’s largest shareholder, were worth $21.4 billion after the stock’s pop Tuesday, Bloomberg reported.

But away from the capital markets, there are signs of tightening credit, according to a report from Macro Intelligence2 Partners. Banks have been imposing more stringent standards for borrowers, especially for consumers, a change borne out by the Fed’s Senior Loan Officer survey.

With banks’ net-interest margins shrinking as a result of Fed rate cuts, the percentage of them tightening credit-card standards is higher than it was during the dot-com bubble or the Great Financial Crisis. Some also are reducing credit limits. MI2 notes that

(COF), the third-largest card issuer, trimmed limits by as much as two-thirds after the expiration of the $600 weekly supplemental unemployment payments from the Cares Act.

Especially vulnerable is subprime auto lending, MI2 added. In the second quarter, loans delinquent for 60 days jumped to 7.24% of subprime loans outstanding, from 4.4%, “within spitting distance of GFC [Global Financial Crisis] extremes.” At the same time, the report noted a downturn in the Conference Board’s consumer confidence question about auto-buying plans.

“The bad news is until we get through the election, we are dealing with a partisan and highly dysfunctional government, which is why credit matters!” MI2 concludes.

Read the rest of Up And Down Wall Street: Hard-Ball Time Nears for Baseball and Politics. Both May End Strangely. 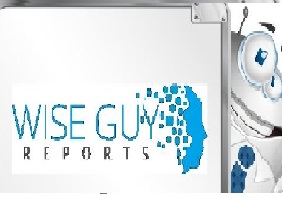