A council has threatened to reclaim the land set out for a maritime centre after discovering the developer has encountered financial problems. Bridgend County Borough Council (BCBC) has given developer Credu Charity Ltd until early November to confirm it has the funds to deliver the £5.5m Porthcawl Martime Centre or […]

A council has threatened to reclaim the land set out for a maritime centre after discovering the developer has encountered financial problems.

Bridgend County Borough Council (BCBC) has given developer Credu Charity Ltd until early November to confirm it has the funds to deliver the £5.5m Porthcawl Martime Centre or it will terminate the lease for the land where the centre is expected to be built.

The council’s chief executive Mark Shephard said: “The directors of Credu Charity Ltd filed a notice of intention in September to appoint administrators for the company and we have now received notification from Welsh Government that funding has been withdrawn.

“As a result of these circumstances, the council has served notice to Credu Charity Ltd on their use of Eastern Breakwater, and have notified Credu that the lease for the land at Cosy Corner will be terminated on 6 November unless the organisation can meet its conditions of agreement, one of which is confirmation that all funding for the agreed development is in place.”

The development site is located on the town’s Cosy Corner by the Esplanade in Porthcawl. The plans for the centre, including a coastal science and discovery centre, a cafe, wine bar, roof terrace and micro brewery, were given planning permission in November 2018.

It was hoped that 120 new jobs would be created upon completion of the centre such as catering, hospitality, sales and marketing.

The maritime centre was previously planned to be funded by £2.1m from the European Regional Development Fund, £1.15m Big Lottery Funding and £600,000 from Visit Wales with additional costs covered by RBS Social and Community Capital and the Development Bank of Wales. But Visit Wales withdrew from the project in August, claiming it was no longer financially viable due to a “significant increase in project costs”.

© Credu Charity
An artist’s impression of the planned building


Chair of Credu Mike Clarke said: “I do not believe for one reason or another that full attention has been given by Visit Wales to the plan submitted which required relatively modest changes and is deliverable. The maritime centre is deliverable within the grant envelope originally agreed with Visit Wales.”

Credu Charity Ltd emerged out of the Porthcawl Harbourside community interest company in February 2018. Development on the site recently came to a halt because Credu had not paid contractor Andrew Scott for work carried out since January 2020.

Mark Bowen, director of Andrew Scott, told the Local Democracy Service the company removed its equipment from the site in Porthcawl and has entered legal proceedings with Credu.

Mr Clarke, who is also an Independent councillor for BCBC and Porthcawl Town Council, said the endangerment of the project is “entirely the responsibility” of the council and Credu’s funds have “become drained” because it took the company four and a half years to secure a lease for the land.

He also said the council made the charity comply with various planning conditions which contributed to the project’s decline. This included redesigning the centre, providing facilities for the Harbourmaster free of charge for 90 years, and paying for repairs to the Eastern Breakwater footpath, which Mr Clarke said “is nothing to do with” Credu.

He added: “Despite costing nearly £450,000 in redesign costs and delays it proved fruitless. Credu returned to their original plans only to be told that the building needs to be reorientated to face differently in the harbour area. Once completed Credu was then told that it had to be moved six feet eastward so that the new connection to the ice cream kiosk could be installed.

“BCBC has insisted on a restriction of 20% of the Maritime Centre being used for commercial benefit with the remaining 80% for charitable purposes despite BCBC’s own scrutiny panel recommending it should be 30% so as not to set us up to fail.

“To address this and to ensure that the Maritime Centre was built in Porthcawl, bringing jobs and a much-needed contribution to the local economy, Credu provided Visit Wales on 27th July 2020 with a fully costed and thought through reprofile of the Maritime Centre taking account of cost challenges and the strange times we live in at the moment and importantly bringing new jobs.”


BCBC’s cabinet member for education and regeneration Charles Smith said Mr Clarke’s criticism of the council is a “blatant deflection of responsibility”.

Cllr Smith said: “Throughout its development, the maritime centre project was continually described as being community-driven and entirely independent from the council’s own regeneration plans. Now that it has stalled, we are hearing that the council was somehow responsible after all.”

He added: “You cannot have it both ways. Credu were informed on August 18 that Visit Wales was withdrawing the funding, so why didn’t they approach the council then to see what further support we might have been able to offer?

“Instead of trying to blame someone else, I think the community would be better served if greater accountability was taken on seeking options for recovering from this setback.”

Mr Shephard said he is “greatly concerned” by the suggestion that the council is responsible for the project’s shortcomings because it “has always been, and continues to remain, a community-driven project which is entirely separate from the council’s regeneration and investment efforts”.

He added: “From its very inception, the council has welcomed the project as being an interesting and valuable addition to our own regeneration plans. Whether it has been through the leasing of land at Cosy Corner or providing guidance and advice throughout a long and complicated planning process, we have offered the organisers a wide range of support.

“As we have approached this development in the same way as we would any other property disposal, we have also put in safeguards to protect the council. Despite what the criticism has claimed, the council also remains ambitious and passionate about delivering regeneration in Porthcawl, and work on our own plans is continuing.”

BCBC said it is now exploring the available options for future development on the Cosy Corner site.

'I have the opportunity to inspire'

Thu Oct 8 , 2020
7:00 AM ET Charlotte GibsonESPN Shortly after graduating from Stanford in 2016, Georgia native Mariah Stackhouse finished 21st at the LPGA Qualifying Tournament. In her 2017 rookie season, the four-time All-American for the Cardinal became the seventh African American player to qualify for the LPGA Tour. In the 70 years […] 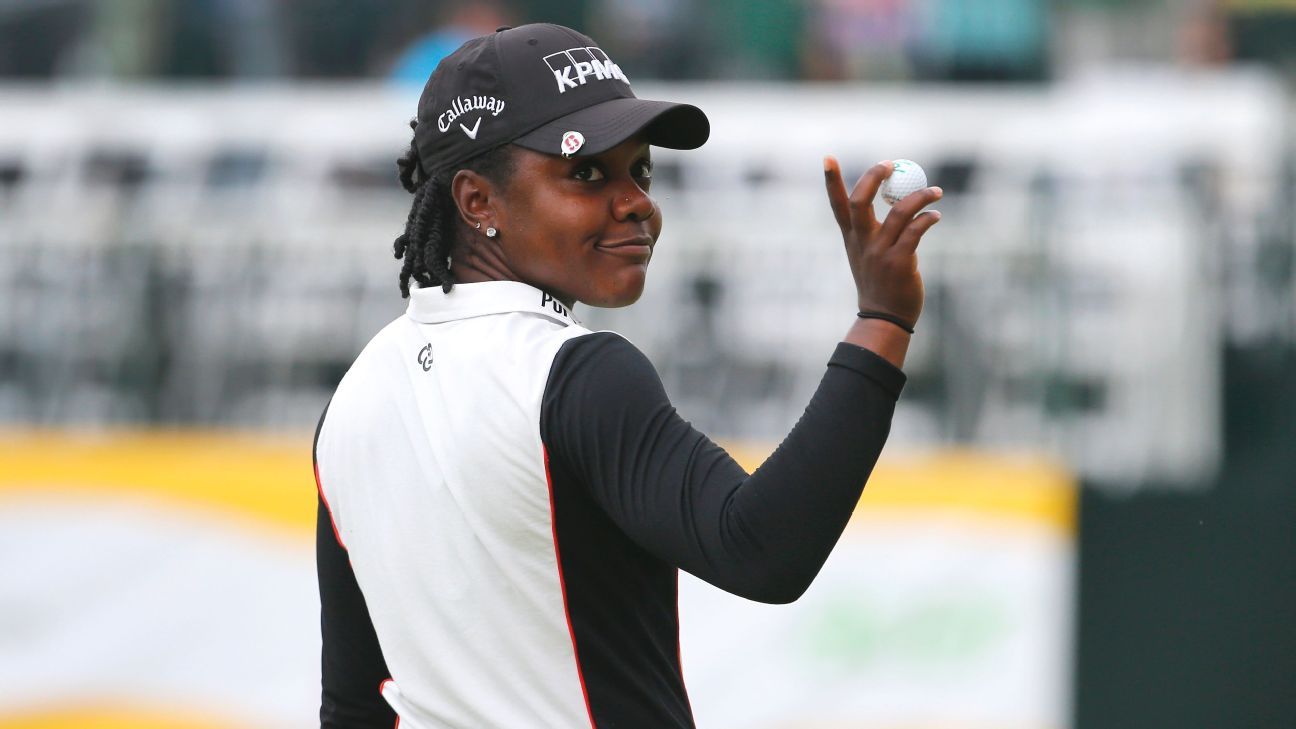