[Stay on top of transportation news: Get TTNews in your inbox.] While the trucking industry’s financial health continues to excel, the overall U.S. economy is trying to gain momentum. According to the Department of Commerce, consumers increased retail spending for the fourth month in a row in August, albeit at […]

[Stay on top of transportation news: Get TTNews in your inbox.]

While the trucking industry’s financial health continues to excel, the overall U.S. economy is trying to gain momentum.

According to the Department of Commerce, consumers increased retail spending for the fourth month in a row in August, albeit at a slower pace than earlier in the summer.

Retail sales, which make up about 25% of total consumer spending, rose a seasonally adjusted 0.6% in August from July.

We could be in for a much happier holiday season than many had thought.

Spending on computers and other electronic items increased by 0.8% because many school districts are teaching online classes.

August usually is a big month for back-to-school shopping. Clothing sales rose 2.9% in August after a 20% decline in the past year, and furniture was up 2.1%, but grocery store spending dropped 1.6%, and sales at online merchants, including Amazon.com Inc., were flat month-over-month.

Meanwhile, the National Retail Federation and Hackett Associates’ monthly Global Port Tracker report released Sept. 15 shows U.S. ports handled 1.92 million 20-foot-equivalent units in July, the last numbers available. Volume is down 2.3% year-over-year but up 19.3% from June. It also marked a 9% increase from the 1.76 million TEUs forecast just a month ago. Much of the increase came from a surge in imports.

“Retailers are importing far more merchandise for the holidays than we expected even a month ago,” said Jonathan Gold, NRF vice president for supply chain and customs policy. “Some of these imports are helping replenish inventories that started to run low after consumers unleashed pent-up demand when stores reopened. But this is the clearest sign yet that we could be in for a much happier holiday season than many had thought.”

Saluting the men and women of the trucking industry who kept America’s essential goods flowing during the coronavirus pandemic.

NRF said the outlook for the ports in August looks even better than July. It’s projecting the ports will process 2.06 million TEUs, a 6% year-over-year increase. Actual August numbers won’t be known for several weeks, but if they hold up, they would be an all-time high, beating the previous record of 2.04 million in October 2018.

At its semi-annual Georgia State University Economic Forecasting Conference on Sept. 16, economist Rajeev Dhawan said the damage done to the economy will take at least a year to repair. He stipulated that is only if a vaccine is approved and becomes widely available.

“The timeline is when vaccines start getting distributed in early 2021 and become effective six to nine months later, people have it,” Dhawan said. “And then, the GDP growth is 4%-plus in every category. Investment is up, consumption is up, inventories are up, exports are up. Late 2021, early 2022. But, the shape of the recovery is dictated by when the vaccine comes, and how effective it is.”

Meanwhile, there are signs that trucking’s economy continues to perform at a level higher than the overall economy. The August Logistics Managers Index reached 66%, up from July’s 63%. In April, the index reached an all-time low of 51.3%. The LMI is produced every month by researchers from Arizona State, Colorado State, Rochester Institute of Technology, Rutgers and the University of Nevada-Reno, in conjunction with the Council of Supply Chain Management Professionals.

The report said August’s increase was driven by higher prices in the transportation sector and capacity tightening.

“While the overall economy may not be moving at the same rate it was during Q4 of 2018, logistics services are in higher demand as consumers turn increasingly to e-commerce and on-demand services,” the report concluded.

Columbus, Ind.-based ACT Research also said Sept. 15 that it is forecasting the country probably will not have a so-called W-shaped recovery and there could be continued momentum in the economy in the third quarter. An ACT official said consumers are spending on items that need to be delivered by truck.

Its monetary policy includes keeping interest rates near zero through at least 2023, even as Congress and the White House discuss another COVID-19 recovery bill.

“[The Federal Open Market Committee] expects it will be appropriate to maintain this target range until labor market conditions have reached levels consistent with the committee’s assessments of maximum employment, and inflation has risen to 2% and is on track to moderately exceed 2% for some time,” a Sept. 16 statement said.

“Overall activity remains well below its level before the pandemic, and the path ahead remains highly uncertain,” Fed Chairman Jerome Powell said at a news conference.

The Fed is forecasting U.S. unemployment will rise to 7.6% by the end of the year and drop to 5.5% by late 2021. By 2023, policymakers’ projections put unemployment at 4%. That’s still above the 3.5% unemployment rate the nation was experiencing in February as the coronavirus pandemic was beginning. 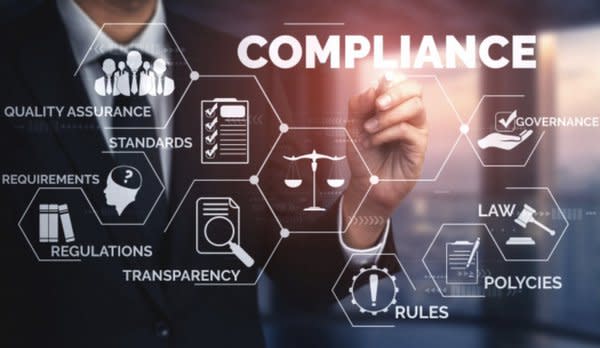