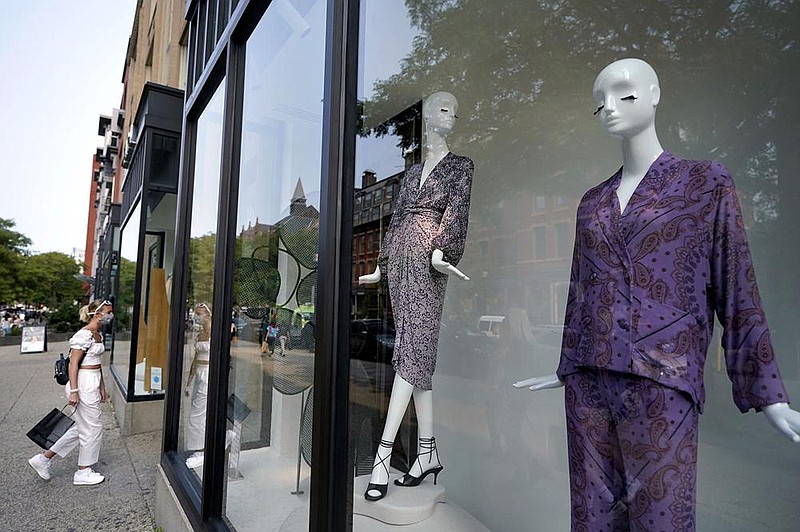 A shopper enters a clothing store Tuesday in Boston’s Newbury Street shopping district. Consumer sentiment increased in early September to a six-month high, according to a report from the University of Michigan.
(AP/Steven Senne)

U.S. consumer sentiment increased more than expected in early September to a six-month high as Americans grew more upbeat about the economy’s prospects.

The University of Michigan’s preliminary sentiment index for September advanced to 78.9 from a final August reading of 74.1, according to data released Friday. The median estimate from economists surveyed by Bloomberg was 75.

The measure of expectations rose 4.8 points to 73.3, also a six-month high, while a gauge of current conditions increased 4.6 points to 87.5.

Just 16% of respondents said they expected the economy to worsen in the year ahead, the smallest share since 2015 and consistent with an economy and labor market that are slowly recovering. The gauge of sentiment, however, still remains below its pre-pandemic levels, and Americans were less upbeat about the prospects for their finances.

The S&P 500 swung between gains and losses as investors searched for new catalysts to give direction to global markets. Treasuries were little changed, and the dollar strengthened.

A separate report Thursday showed that the labor market is gradually improving as the number of Americans applying for unemployment benefits continued to decline.

Consumers were more sanguine about buying conditions for durable goods.

With the election approaching, Americans’ attitudes about the economy, job market and financial situations will play a role in which presidential candidate voters decide to support in November.

“Over the next several months, there are two factors that could cause volatile shifts and steep losses in consumer confidence: how the election is decided and the delays in obtaining vaccinations,” Richard Curtin, director of the survey, said in a statement.

The survey covered responses received through Sept. 14. The final report will be issued on Oct. 2.

A rebound in U.S. retail sales slowed in August by more than expected as federal relief for unemployed Americans and small businesses was shut off at the end of July and the pandemic continued to weigh on activity.

Retail sales rose 0.6% in August, the fourth-consecutive month of growth, the U.S. Commerce Department said Wednesday, but lower than the 0.9% increase in July. It’s also below the 1.1% increase that analysts expected.

Information for this article was contributed by The Associated Press.