Entrance to the CFPB headquarters. (Source: Shutterstock) Even as a CFPB task force on the future of consumer protection laws quietly conducts its work, consumer groups and agency officials are battling it out in federal court over whether the task force is even legal. The National Association of Consumer Advocates […]

Even as a CFPB task force on the future of consumer protection laws quietly conducts its work, consumer groups and agency officials are battling it out in federal court over whether the task force is even legal.

The National Association of Consumer Advocates and the United States Public Interest Research Group and Kathleen Engel, who applied for a position on the commission, filed suit in June in federal court in Massachusetts, contending that the task force violates federal law governing how agency advisory committees are formed.

They contended that the panel is not fairly balanced and more of its work should be public.

Engel is a professor at the Suffolk University law school. Documents filed in the suit state that she has served on Federal Reserve advisory and research groups and on the CFPB consumer advisory task force.

In the suit, she said that she applied to be a member of the task force, but was rejected, following an interview that was conducted in an “inquisitorial manner” and that was intended to gauge her positions on consumer financial protection. She said she never was asked about her qualifications or experience.

Most recently, CFPB officials have argued that neither Engel nor the consumer groups have standing to sue the agency.

They said the consumer groups cannot demonstrate how they will be directly harmed by the task force’s work and that Engel was not legally entitled to a seat on the panel.

The consumer groups and Engel recently said a federal court recently found that a Justice Department task force was illegal, since it was not fairly balanced.

When the task force earlier this year solicited comments on what issues it should address, 27 consumer groups argued, among other things, that the task force’s work was not essential during the coronavirus crisis.

And Democratic senators have called for the task force’s work to be suspended.

Caribbean Food, All Dressed Up to Party at Kokomo in Brooklyn

Tue Oct 6 , 2020
In the past, we restaurant critics rarely needed to check the weather forecast before heading out for a reservation. Severe blizzards sometimes made travel challenging, but in general neither snow nor rain nor gloom of night kept us from our appointed meals. Everything is all messed up now, as you […] 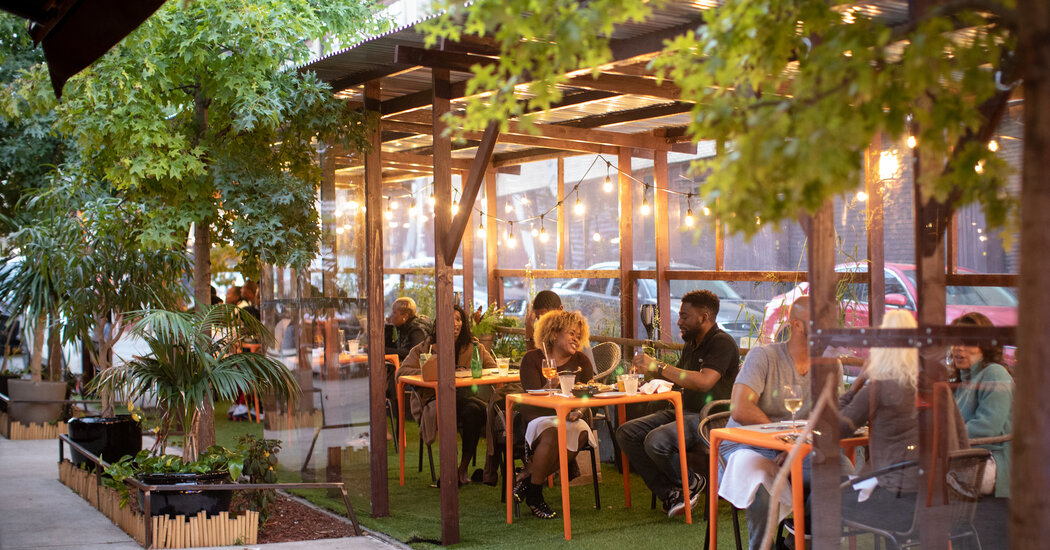