Like many people in these strange and unwelcome times, Brienna Prowler has been making ends meet by running up hefty balances on her credit cards. Specifically, she’s carrying a combined $15,000 in family medical bills on her Chase and Barclays cards — bills she can’t pay down since losing her […]

Like many people in these strange and unwelcome times, Brienna Prowler has been making ends meet by running up hefty balances on her credit cards.

Specifically, she’s carrying a combined $15,000 in family medical bills on her Chase and Barclays cards — bills she can’t pay down since losing her gig as a bartender because of the pandemic.

Prowler, 36, says she’s never missed a payment. She has a good credit score (over 700). However, both her cards have annual interest rates topping 23%.

“I asked Chase and Barclays if they would lower my rate, at least for a while,” the Simi Valley, Calif., resident told me. “They both said there was nothing they could do.”

The frustration was plain in her voice.

“At the rate they’re charging me, it’s difficult to make a dent in what I owe,” Prowler said. “I’m not asking to forgive or defer my balances. Just give me an interest rate that doesn’t border on usury.”

I imagine more than a few readers are thinking, “You go, girl!”

Prowler’s experience notwithstanding, most banks have announced programs to assist cardholders in distress.

“Banks of all sizes are working with their customers to help them weather the economic downturn from the pandemic,” said Jeff Sigmund, a spokesman for the American Bankers Association.

“While accommodations vary by institution and depend on a customer’s individual circumstances, banks across the country continue to offer a range of assistance to those affected by the pandemic,” he told me.

At the same time, though, many banks have been quietly lowering people’s card limits and even canceling accounts — not because the cardholder did anything wrong but to reduce the company’s risk exposure during a period of enormous uncertainty.

A recent survey by CompareCards, a division of LendingTree, found that from mid-May to mid-July, about 70 million cardholders experienced a cut in their available credit limit or an involuntarily account closure.

The problem there, at least for cardholders, is that a lower credit limit means you’re likely to use a greater percentage of available credit each month. This can have a negative effect on your credit score and thus your ability to borrow money.

Most financial advisors will tell you to keep this figure below 30%. A higher debt-to-limit ratio can result in higher interest rates because, on paper anyway, you’re suddenly a greater credit risk.

Complicating things even more, most banks typically won’t proactively offer to help. It’s up to you to make contact and see what options are available.

Here’s what you may want to ask about:

—A lower rate. Some card companies are offering temporary rate reductions to help ease cardholders’ financial pinch. The average rate for someone with excellent credit is 13%. If you can secure that, even for just a few months, it can result in significant savings.

—Forbearance. This means lowering or deferring monthly payments on a temporary basis. It won’t let you duck your obligations — you’ll still need to pay your debts in full. But forbearance at least can provide some breathing room to get your fiscal house in order.

—Waiving or refunding late fees. Some card issuers are cutting customers a little slack if they miss a payment. Don’t hesitate to ask if any late fees can be dismissed under the current circumstances.

—A payment plan. If you’ve lost your job or had your hours reduced, you may be eligible for a payment plan that accommodates your changed situation with less-onerous terms.

Again, it’s up to you to take the first step in seeking assistance from a bank or card issuer. Don’t be shy in reaching out for help.

Also, make sure you’re ready to document your financial peril. Lenders will want to see proof of hardship.

The agency also suggests keeping close tabs on your monthly card statements to spot “any errors or inaccuracies.” If something’s amiss, “make sure to refer back to the agreement so you can dispute it.”

The last thing you want is for debt collectors to get involved. As I’ve noted previously, consumer advocates say collectors are becoming more aggressive now that people are easier to find amid stay-at-home orders.

A new California law took effect this month that prevents debt collectors from emptying your bank account. They now have to leave at least $1,788, the minimum amount that the state Department of Social Services says a family of four needs to get by each month.

I reached out to Chase and Barclays on Prowler’s behalf. Neither was willing to share details of her case.

Both banks, however, said they will indeed discuss help for cardholders facing financial challenges during the pandemic.

“I’ve been hearing stories like this through the grapevine,” she said. “My guess is banks figure out by some unfathomable metric that some deserve help and others don’t.”

Sherry said all card issuers “should have programs, in writing, with applications, so that all eligible consumers can at least get a break when facing financial hardship.”

Prowler said she may have no choice but to open yet another credit card account and use it to pay down the balances on her other plastic.

My advice: Don’t go deeper into debt, at least not yet. Call Chase and Barclays again and ask what else they can do. Explain in detail why a customer in good standing shouldn’t be left to fend for herself. 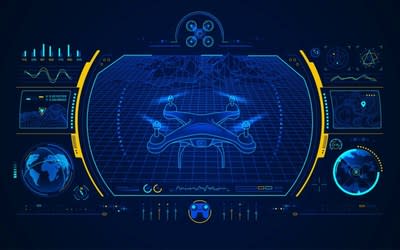