Six months after California temporarily relaxed its liquor laws to accommodate life under shelter in place, a new San Francisco venture has formed specifically around delivery cocktails. The owners of the San Francisco Cocktail Club say that their drinks are more attractively packaged than the typical to-go fare, and, crucially, […]

Six months after California temporarily relaxed its liquor laws to accommodate life under shelter in place, a new San Francisco venture has formed specifically around delivery cocktails. The owners of the San Francisco Cocktail Club say that their drinks are more attractively packaged than the typical to-go fare, and, crucially, that their pricing is more humane to both the restaurant and the customer than other delivery apps.

A drink from San Francisco Cocktail Club, a new service that delivers pre-made cocktails from local restaurants to people’s homes.

The San Francisco Cocktail Club launches this week, offering a bottled, pre-mixed drink from a local restaurant delivered to city residents’ doors. Every two weeks, it rotates to a new restaurant and drink. The initial tipple is the Negroni Nuevo, with mezcal, amaro and mole bitters, from Cole Valley’s Padrecito. $48 plus sales tax gets you four servings of the drink and a food item, in this case a gordita.

Can’t you just order the Negroni Nuevo from Padrecito via Caviar or DoorDash? Yes, but co-founder David Covell says that his cocktail club is a better deal for all parties involved than going through the traditional third-party apps, which take a larger cut of the restaurant’s share and charge the customer a hefty delivery fee. The club charges the same price per ounce that as the restaurant does, but ends up costing less than another third party would because its fees are lower, Covell says.

The drinks arrive in sleek bottles with printed-out instructions and neatly portioned garnishes. The packaging is the work of co-founder Britt Hull, who has designed some of the Bay Area’s best-looking bars including the Snug, Brewster’s and Peacekeeper.

“If I’m gonna order a $14 cocktail I don’t want it in a soup cup wrapped in Saran wrap,” says Covell, referring to the packaging that some restaurants have adopted for their takeout cocktails lately. “The people who create and make these drinks, they put so much time and energy into it, and it deserves to look good.”

Covell and Hull each have day jobs — he in tech, she at her design firm — but have been launching side businesses together for the last several years under an umbrella company called Alembic Goods. They created a line of heated outdoor furniture called Hearth, attempted (and later abandoned) a brand of fancy bar snacks and, in June, began planning out what would become the San Francisco Cocktail Club.

California’s Department of Alcoholic Beverage Control greenlighted takeout and delivery cocktails shortly after shelter-in-place regulations took effect in March. The measure was one of many temporary relief measures designed to help restaurants while they were closed for in-person dining. It’s not clear whether cocktail delivery will become a permanent fixture in the state, but during an interview in April, then-ABC director Jacob Appelsmith said of to-go cocktails: “There’s lots of reasons why that’s probably not a very good longterm public health policy.” (A permanent allowance of to-go drinks, he added, would need to be legalized by lawmakers, not the ABC.)

If the regulations around delivery cocktails change, Covell says, the business is prepared to pivot. He says he hopes the club will endure post-pandemic, but it could take a different form, though he doesn’t yet know what that would look like.

It began, like many quarantine projects, while they found themselves confined to their homes with lots of extra time on their hands. Covell’s wife Susie McMullan started mixing margaritas, putting them in little bottles and distributing them to friends and neighbors. They were a hit. “We thought maybe other people would like this too,” he says. McMullan came up with the business plan.

The cocktail club contracts with independent drivers. Customers won’t be prompted to tip; Covell says their pay is “competitive” and factored into the $48 base price. “We’re committed to not squeezing the drivers,” Covell says.

Customers must pre-order at least 48 hours in advance, which is a way of making sure that the restaurant isn’t overloaded with orders all at once, says Covell. A subscription is available, so that someone could schedule delivery for the same day and time every other week, but it’s the same price as a one-time purchase. The delivery radius is limited to San Francisco.

Nate Valentine, who owns Padrecito, said he would make more money through takeout orders placed directly on the Padrecito website than through the Cocktail Club. Still, he makes more money there than through other third-party delivery services, and the business needs all the outlets it can get right now.

After supplying drinks for the “friends and family” rollout, Valentine says he received notes from cocktail recipients who’d never eaten at Padrecito before and were now ordering full meals.

“Right now restaurants and bars are doing everything they possibly can to survive,” he says.

It does shake out as a superior value for the customer, too. Ordering one Negroni Nuevo plus a gordita from Padrecito via Caviar to my San Francisco apartment would cost $63.98, which includes a $2.99 delivery fee, $8.49 in taxes and service charges and a suggested $9 tip for the driver. And that would get you less Negroni than you get through the cocktail club, for a tax-inclusive $52.08: 8 ounces as opposed to 12 ounces.

The Negroni Nuevo is available through Oct. 3, at which point the San Francisco Cocktail Club will rotate to another mezcal drink — the Prickly Pear, made with habanero, nopales and lime — from the Snug bar in Pacific Heights. Other restaurants including Nopalito will follow. Prices of various drinks will range from about $46 to $56 for 4 servings.

Of course, pouring a bottled cocktail at home won’t recreate the experience of sidling up to a real bar, which now feels like a distant memory. But Covell hopes that it can be an improvement on the home cocktail experiences currently available. “I want to feel closer to what life used to be like,” he says. “When I get a drink in a soup cup, that’s not happening.”

Tue Sep 22 , 2020
What happened Major benchmarks stumbled into the week, with most stock market indexes falling more than 2% by 11 a.m. EDT on Monday. That sell-off spilled over into the energy market, causing crude oil prices to plunge nearly 5%, putting downward pressure on most energy stocks. Several declined by more […] 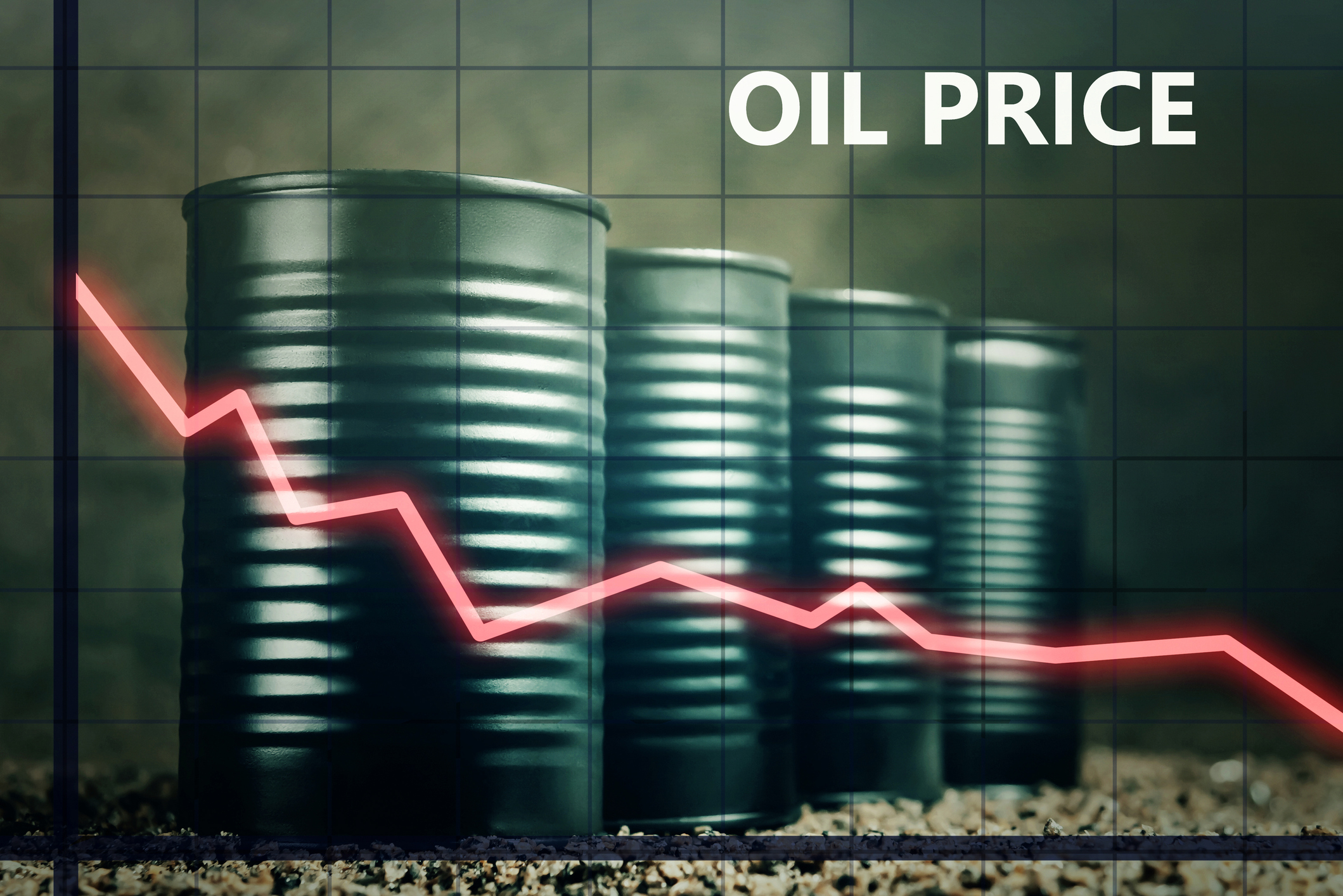