In the midst of IPO week we have to add another name to our future debuts list, namely Chime, which announced a huge new round of capital today. The $485 million Series F values the consumer fintech giant at $14.5 billion, a huge figure given that Chime was most recently […]

In the midst of IPO week we have to add another name to our future debuts list, namely Chime, which announced a huge new round of capital today. The $485 million Series F values the consumer fintech giant at $14.5 billion, a huge figure given that Chime was most recently worth $5.8 billion after raising $700 million last December.

Even more stark is the company’s $1.5 billion valuation set in early 2019. From $1.5 billion to $14.5 billion in less than two years is quite a run for any startup. Powering the latest round there were a host of familiar names, including Tiger, ICONIQ and General Atlantic, along with Dragoneer and DST Global. Names I’m less familiar with like Whale Rock Capital and Access Technology Ventures also took part.

Tucked inside a CNBC article that broke the story was news that Chime is now EBITDA profitable and could be “IPO-ready” in its CEO’s eyes in around a year’s time.

TechCrunch reached out to Chime for clarification on the EBITDA point, asking if the figure is adjusted or not, as many EBTIDA metrics remove the cost of share-based compensation given to their employees. According to Chime, the metric is “true EBITDA,” to which we award an extra five points. In response to a growth question, Chime said that its “transaction and top-line” has tripled compared to the year-ago period.

The Chime round and news of its nascent, non-GAAP profitability comes on the heels of a grip of reports on the financial health of a number of European neobanks, or challenger banks as they are often called. The numbers showed huge growth, and steep losses. If Chime’s numbers hold up when we get its eventual S-1 — start your countdowns — it will be among the healthiest of the startups in its cohort in financial terms, we reckon.

Finally, the company is trying to paint itself as something of a software company, and not a fintech company. This is a move to attract better revenue multiples when it comes time to defend its new $14.5 billion valuation. Software companies have flat-out bonkers multiples these days, as evinced by the blockbuster Snowflake debut.

Here’s how Chime thinks of itself, via CNBC:

The key phrases there are “software company” and “highly predictable, highly recurring and highly profitable.” In effect Chime will argue that interchange revenues should fit under the SaaS umbrella given their regularity. Investors will decide how to view that pitch. If it works, maybe fintechs are more valuable than expected. And those fintechs with obvious SaaS components, like Acorns, could be sitting pretty when it comes to making the fintech versus SaaS argument.

Regardless, it’s another huge round for Chime, which makes it a good day for the highly-valued fintech sector. 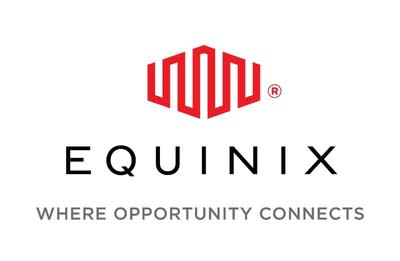