Gold and silver investors who were hoping Wednesday’s FOMC meeting would be a catalyst for a major breakout move were largely disappointed.  The metals complex didn’t see an immediate boost from the Federal Reserve’s dovish policy meeting. Still, the central bank’s commitment to an accommodative monetary policy is set to play […]

Gold and silver investors who were hoping Wednesday’s FOMC meeting would be a catalyst for a major breakout move were largely disappointed.

The metals complex didn’t see an immediate boost from the Federal Reserve’s dovish policy meeting. Still, the central bank’s commitment to an accommodative monetary policy is set to play out not just over the course of a week, but of years to come.

On Wednesday, the Federal Reserve announced it would continue to hold its benchmark interest rate near zero. That came as no surprise.

However, the extent of the Fed’s commitment to avoid any rate hikes in the future raised the eyebrows of many veteran observers of monetary policy. Not only did members of the central banking cartel vow to keep rates down for the remainder of the year. They also signaled there would be no rate hikes in 2021.

But they went even further than that. All voting members with the exception of one pledged to keep interest rates near zero through 2022.

Yahoo Finance Report: The latest FOMC meeting has reassured markets that there is no chance for a rate hike for a least two years. The euro-dollar futures market, which trades out much farther than the Federal Funds futures market is forecasting a 25-basis point rate hike in mid-2024. That shows that the market is currently expecting the negative effects of the pandemic to linger and hurt the economy for many years to come.

Yahoo Finance Analyst: Now, the Federal Reserve codifying that in the statement today, committing to keeping interest rates at that level until labor market conditions have reached levels consistent with the committee’s assessment of maximum employment and inflation has risen to 2% and is on track to moderately exceed 2% for some time.

No economist or market guru on the planet has a crystal ball that can tell them what the GDP or the unemployment rate or the inflation rate will be three or four years from now. But apparently Fed officials think they are smart enough to see that far into the future and are able to know today what the optimal interest rate will be then – that is, effectively zero.

The truth is that all they know how to do is react to signals given to them by markets, politicians, and banks.

If the repo market freezes up or stocks on Wall Street tank, they roll out more stimulus.

If the government needs to expand its borrowing capacity by trillions of dollars to finance deficits, then they commit to buying more Treasuries.

If the leveraged financial system requires more inflation to eat away at the real value of otherwise unpayable debt obligations, then they commit to depreciating the currency at a more rapid pace.

The Fed is continuing its $120 billion per month Quantitative Easing program, which has ballooned its balance sheet to more than $7 trillion. And it won’t turn off the monetary spigots until government-measured inflation rates exceed 2% over some unspecified period.

An inflation rate above 2% with interest rates remaining well below that level would be a hugely bullish driver for precious metals markets. According to the World Gold Council, in years when the inflation rate has exceeded 3%, the price of gold increased 15% on average.

Gold and silver do not merely keep pace with rising inflation. They tend to hugely outperform it.

Of course, if there comes a time when the Fed is forced to aggressively hike rates above inflation to bring it back down, then the metals can suffer outsized declines.

An environment of positive real interest rates and declining inflation rates do not appear to be something metals investors will need to worry about anytime soon – and probably not for the next few years.

There will be inevitable volatility along the way, but it’s hard to see anything but a continuation of the major bullish trend going forward.

The coronavirus lockdowns were certainly a catalyst for a surge in physical buying this year. Even though bullion market conditions have since settled down, sales of coins, rounds, and bars continue to far outpace those of a year ago.

We are eyeing the upcoming election as the next potential catalyst. With polls tightening between President Donald Trump and former Vice President Joe Biden, fears are growing over a contested election that could drag on for weeks.

An expected torrent of mailed-in ballots could overwhelm state election systems. The backlog could spark highly charged fights in the courts and on the streets over which ballots get counted and which ones get thrown out as late, incomplete, or fraudulent.

If there is anything sure to rattle markets, it’s uncertainty. During uncertain times when the only thing that can be counted on from the authorities is to keep printing currency, precious metals provide a rock solid and necessary counterbalance to conventional “risk” assets.

Fri Sep 18 , 2020
BRASILIA (Reuters) – Brazilian interest rate curves steepened on Thursday to the highest in months, as traders priced in official rates being kept lower for longer and as growing uncertainty surrounding the government’s fiscal outlook pushed up longer-term yields. FILE PHOTO: A man passes in front of Brazil’s B3 Stock […] 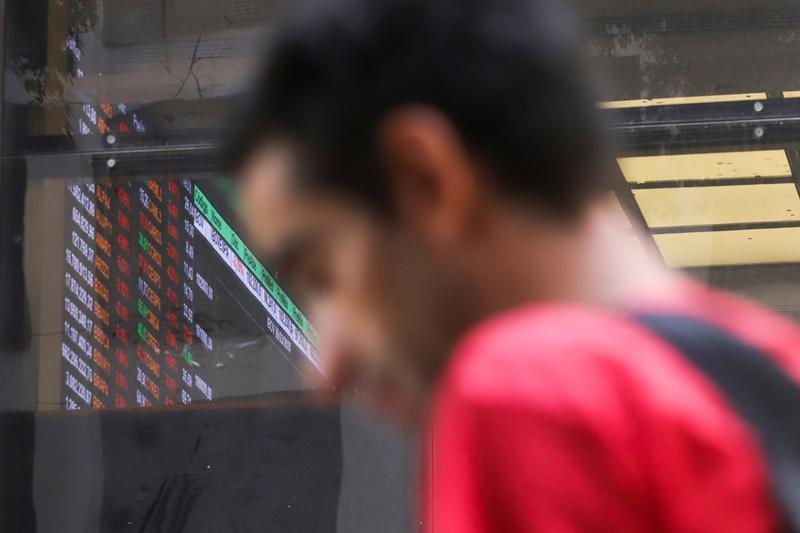