STATEN ISLAND, N.Y. — Celebrity chef David Burke gave a rousing speech at a recent rally at City Hall to reopen New York City businesses full tilt. His message to an audience largely of Staten Islanders and Brooklynites served as a rally cry for the industry to “stand strong” or […]

STATEN ISLAND, N.Y. — Celebrity chef David Burke gave a rousing speech at a recent rally at City Hall to reopen New York City businesses full tilt. His message to an audience largely of Staten Islanders and Brooklynites served as a rally cry for the industry to “stand strong” or die.

Burke’s words took on a soft, almost fatherly note. Yet the sentiment right now for this storied, much-accomplished chef with two open eateries at the moment — Woodpecker Pizza Bar & Grill by David Burke & Mister French — is that of impatience.

It should be pointed out that Burke almost had another restaurant in New York City — in St. George, once upon a time when The Wheel deal was on the table. Plans, as of about a year and a half ago, included a restaurant project at Lighthouse Point, a $250 million luxury apartment building underway for retail, office space and a Westin Hotel. That arrangement fell through for Burke, for better or worse considering the ensuing pandemic.

“Restaurant lives matter and they’re getting destroyed,” said Burke in a phone interview with the Advance/SILive.com. On that rainy day last week — the two places closed that day because of the inclement weather — it would be 20 days until the start of indoor dining and at 25%.

For his Manhattan eateries he illustrated, “The problem with 25% is it will give us 40 seats. It will be not enough.” He still has rent to pay, utilities, linen service, the phone line and salaries.

“I’m going to lose money,” he said. And down the pike: Minimum wage is going up for waiters in January.

At the New York City properties Burke considered opening three or four days a week, maybe charging a fixed price for food at $100 a head with limited seatings. He’s thought about pre-reservations, perhaps at designated dining sessions starting at 5:30, 7:30 and 9 p.m.

“But you can’t open the bar,” he pointed out. Booze sales are a huge part of a restaurant’s receipts, he acknowledged.

“The curve is gone. Why are we waiting til the end of the end of the month? So the employment stays high til the end of September? Why can’t we open today?” he wondered. After a pause he answered his own questions aloud, “Because the results for the economic employment come out right before the election. It’s completely political at this point. There’s no reason to stretch it out.”

Burke added, “If the NBA can sweat on each other and kiss each other under the hoop, why can’t we open indoors now? In the Hamptons where they don’t socially distance and up in Westchester . . . do they breathe any differently than they do in Manhattan?”

“It takes the wind out of our sails. And our industry is getting smacked around like a red-headed stepchild,” said Burke.

Despite the dismal times he has hope.

“I am very confident that New York is going to come back. The optimism I’ve had the whole time got a little deflated due to de Blasio,” said Burke. He’s frustrated by the continually moving finish line but added, “We’ll catch that rabbit.”

Burke is not the only high profile chef to see the gloomy side of the pandemic on the hospitality industry.

Owner of Crafted Hospitality and judge on Bravo’s Top Chef Tom Colicchio joined NBC News’ 3rd Hour of TODAY on Wednesday to talk about federal aid for floundering restaurants due to the coronavirus crisis. He told Sheinelle Jones and Al Roker, “We’re going to see a lot of boarded up spaces and a lot of open spaces for quite some time if we don’t get some assistance here . . . We have tremendous support right now, but I think Congress needs to hear that this is a priority.”

Colicchio laid out the ripple effects of closed restaurants. He said, “Independent restaurants employ — independent means these are fewer than 20 locations — we employee about 11 million people when we factor in farmers, fishermen, cheese makers, wine makers, probably another 6 million people. Those are jobs that are going to be lost.”

From a hyperlocal perspective, we can see the effects of restaurants that have shut as in St. George. In my own neck of the woods in West Brighton, I can see the dynamic has changed in the section of Forest Avenue around Bement and Oakland avenues with shortened hours and various business closures.

We’ve permanently lost Project Brunch on the North Shore (now three empty storefronts) as of April. Prior to the pandemic this winter, the decade-old Duane Reade was a casualty of the chain’s downsizing, and we already had lost the True Value hardware store in town.

To access Duffy’s great new outdoor section, one must go around the block to a separate street. Jean’s Fine Wines and Bruno’s NYC Restaurant and Bakery have shortened hours of operation, with Bruno’s now closed on Mondays and Tuesdays.

The Staaten is non-operational, a rather sad sight to see as it was a booming business between its restaurant and parties. And other notably dark spots in our current environment are On Your Mark Cafe and its chocolate shop, two food destinations that employ special needs Staten Islanders. They’ve been closed since March.

Jeanine Long of Grymes Hill looks forward to returning to work at the cafe one of these days. At home she goes on Zoom lessons and works out on TikTok. She misses the eatery’s customers, the tips, cooking and waiting on tables.

“The coffee . . . I love making the coffee and thinking of new specials for the cafe that I see on the Today Show, the Food Network or the internet,” said Jeanine.

I look forward to the bustle of the cafe again, too.

Pamela Silvestri is Advance Food Editor. She can be reached at [email protected].

Sun Sep 20 , 2020
A moderately strong earthquake struck the Los Angeles area late Friday night, rattling nerves already frayed by wildfires and smoke across Southern California. Hitting at 11:38 p.m., the quake registered a magnitude of 4.5 and was centered in the San Gabriel Valley near South El Monte, about 13 miles east […] 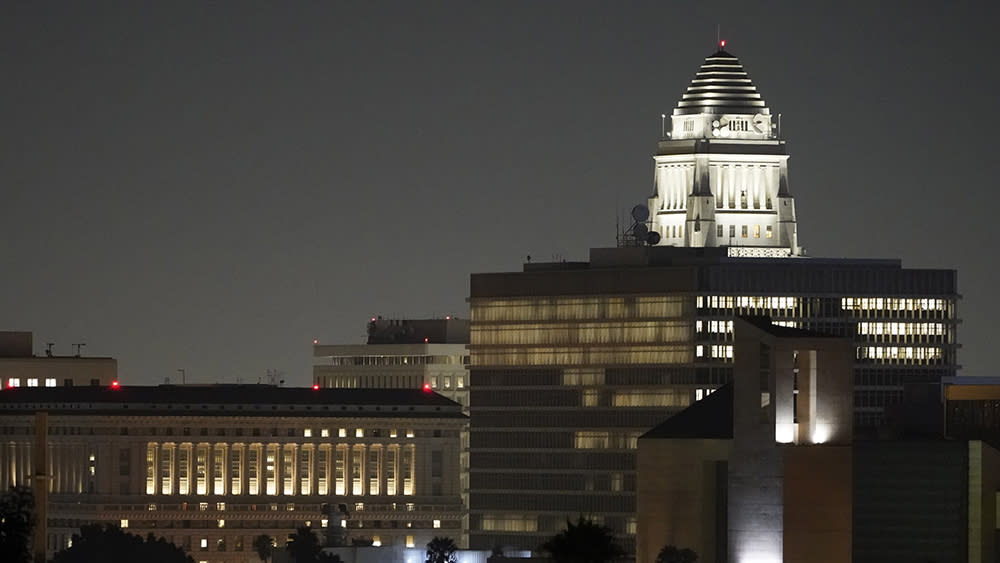