TORONTO, Sept. 25, 2020 /CNW/ – The Canadian Public Relations Society (CPRS) was honoured to announce a new Major Award to recognize outstanding commitment to ethical public relations during its recent Annual General Meeting. The Award, named posthumously after its first honoree, the Heather Pullen Memorial Award for Ethical Public Relations, celebrates an accredited Canadian public relations professional who has demonstrated a commitment to upholding and advancing the values outlined in the CPRS Code of Professional Standards, and has practised public relations to the highest professional standards of honesty, accuracy, integrity and truth, and in alignment with the public interest and dignity of the individual. 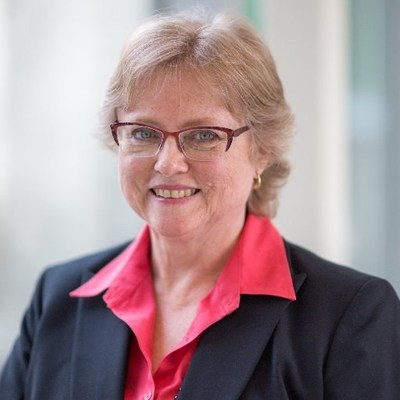 “The establishment of this new Major Award recognizes the importance and value the CPRS places on creating a better understanding and awareness of ethical public relations practice among fellow practitioners,” says Victor Vrsnik, MCM, APR, FCPRS, past National President.

“The CPRS National Taskforce on Ethical PR nominated Heather Pullen for this award based on her professional and academic body both of which demonstrated leadership and continues to inspire integrity and ethical practice – not only in communications and public relations but in all facets of professional work,” says Kim Blanchette, APR, Chart.PR, FCPRS, Chair, National Task Force on Ethical PR.

“Throughout her career, Heather showed great leadership in ethical public relations,” added Vrsnik. “She demonstrated a commitment to the betterment of the organizations she served, the public interest and the profession by seeking mutually-beneficial outcomes. Heather authentically ‘walked the talk’, and personified the highest standards of transparency, ethics and integrity.”

“As one of the authors of the CPRS definition for public relations, I believe Heather and her work not only exemplifies the core tenets and values of our professional work, but most importantly, that she lived that commitment by doing public relations in the public interest — the highest standard of our work,” says Terence (Terry) Flynn, PhD, APR, FCPRS, Associate Professor & Academic Director, McMaster-Syracuse MCM Program.

About CPRS
Founded in 1948, the Canadian Public Relations Society (CPRS) is a not-for-profit association of professionals dedicated to the practice, management and teaching of public relations and communications. Comprising 14 local societies, CPRS’ mission is to build a national public relations and communications management community through professional development and accreditation, collaboration with thought leaders, a commitment to ethics and a code of professional standards, advocacy for the profession, and support to members at every stage of their careers.

Cision is the exclusive distribution partner of the Canadian Public Relations Society – National.

Fri Sep 25 , 2020
If, like a lot of people, the coronavirus pandemic is forcing you to work from home these days, remote VPN access is more essential than ever for maximizing your privacy online. But as the number of commercial virtual private networks continues to grow exponentially, finding the best VPN to meet your specific […]