The network moved more than RD $ 86 million in the country in less than 3 years SANTO DOMINGO (Dominican Republic) .- The Specialized Anti-Money Laundering and Terrorism Financing Office, together with the National Police and Interpol, carried out seven raids in Barahona, Boca Chica and the National District to […]

SANTO DOMINGO (Dominican Republic) .- The Specialized Anti-Money Laundering and Terrorism Financing Office, together with the National Police and Interpol, carried out seven raids in Barahona, Boca Chica and the National District to dismantle a criminal network led by Canadian Charles Paul Vincent Debono.

Vicent Debono, repatriated to Canada this Saturday, September 12, faces more than 600 complaints in his country for incurring in scams through the Ponzi pyramid scheme. The money produced was laundered in Dominican territory, through investments in hotels and fast food centers, as well as in the acquisition of luxury vehicles and real estate.

The fraudulent operation practiced under the Ponzi system involves raising funds for the purchase of furniture and real estate or simply accumulating the money and, at the same time, paying the first investors high interest and thus attracting new capital.
The raids resulted in the seizure of RD$ 1,640,950, US $ 31,420 and 5 euros, four high-end vehicles, 3 pistols and a shotgun. Two of the weapons are illegal under Law 631-16.

The authorities also seized electronic devices, money counting machines and property titles. The Public Ministry will request the courts to confiscate the properties registered on the name of the companies and people linked to the network and acquired with money proceeding from the illicit activity.

The Public Ministry has identified more than 10 properties, as well as dozens of vehicles purchased by Canadian Vincent Debono and placed in the name of figureheads who are part of the network and who are persecuted.

In the raid carried out on Vincent Debono, Sol Esperanza Acosta González, the foreigner’s wife, was also arrested, for her participation in the money laundering network.

Acosta owns real estate and personal property acquired after 2017, when she married the Canadian citizen and began the construction and inauguration of the South Beach (Barahona) and Frío Frío (Boca Chica) hotels.

Wed Sep 16 , 2020
It’s been almost six months since most of us have been on campus and you might notice that Comm Ave and Kenmore Square are looking a little different. The coronavirus pandemic forced many local businesses to shut their doors for good; the Massachusetts Restaurant Association recently reported the same fate for […] 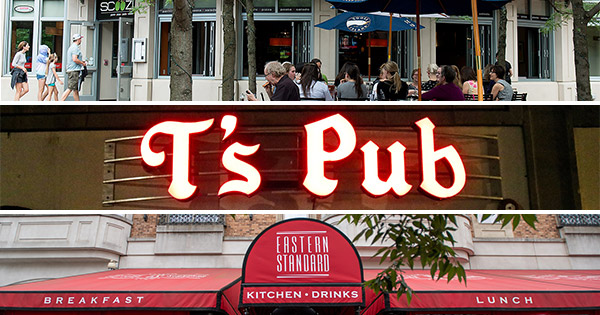