NEW YORK, UNITED STATES – 2020/08/10: A motorist fills-up at a BP gas station in Queens Borough of … [+] New York City. BP Plc (BP) has reportedly decided it would slash oil and gas production and pour billions of dollars into clean renewable energy, speeding up a transition it […]

Peak demand has been on the oil industry’s radar for some time but mainly as a distant event with vague implications. BP tried to change that last month with a bearish long-term forecast for oil demand that said peak demand is either here now or will arrive in the next few years.

The UK oil major has made a cottage industry of its long-term Energy Outlook, which is eagerly awaited by oil and gas companies for its insights about future supply-demand trends. However, the overall response this time from most in the industry was that BP jumped the shark.

It’s true that the Covid-19 pandemic has stunted oil demand — and continues to do so — but to suggest that the market won’t recover to its pre-virus growth trajectory is quite a leap. One only has to look at BP’s new business strategy to see what is more likely driving the forecast.

Along with several of its European peers, BP aspires to “net-zero” carbon emissions by 2050 and plans to shift investment away from its core oil and gas operations to low-carbon and renewable energy projects in the coming years.

Under its plan to become an “integrated energy company,” BP will boost its low-carbon spending to $5 billion annually by 2030 while reducing oil and gas production by at least 1 million barrels of oil equivalent per day from 2019 levels. That represents a 40 percent drop in the company’s upstream oil and gas production over the next decade.

BP is moving from “Big Oil” to “Big Energy” in a short 10-year timeframe.

It’s little wonder BP’s long-term energy demand outlook has shifted so dramatically with ambitions like that.

The “business-as-usual” scenario in the long-term Energy Outlook expects oil demand to rebound from the pandemic but plateau within a few years.

Everyone is grasping at straws to figure out what the new normal for oil markets looks like in a post-COVID-19 world. But BP’s forecast strikes me as an overreaction.

A year ago, BP’s base scenario predicted oil demand would grow over the next decade and peak in the 2030s. That more commonly held view is still held by leading forecasters like the International Energy Agency (IEA) and the Organization of the Petroleum Exporting Countries (OPEC).

It isn’t easy to see how the global demand picture’s fundamentals for the next 10 to 30 years have changed so dramatically due to a Black Swan event.

Oil demand is roughly 90 percent of pre-virus levels. There’s no reason to think that it won’t continue to recover, especially once a vaccine is widely available. At that point, there’s no reason we won’t see transportation and travel patterns return to normal.

The demand for jet fuel from the lack of international flights is most responsible for the current demand deficit. A vaccine should resolve that issue almost immediately.

In light of these facts, BP’s latest Energy Outlook looks narrow-minded and parochial. It reflects the intense pressure BP is under from its European shareholders to address climate change and the transition to a low-carbon economy more than the realities of the market. The same can be said for the new low-carbon strategies announced by other European oil and gas majors, too.

Corporations must inevitably answer to their shareholders, and social pressure to address climate change is reaching fever pitch for both European and American oil companies. But the pressure is by far the greatest in Europe, which helps explains BP’s shift. This is also the company that once tried to turn its famous letters from British Petroleum to “Beyond Petroleum.” It now appears to be making good on that transition.

But saying peak demand is just around the corner doesn’t make it so. For instance, the IEA now believes global oil demand will grow by 5.7 million barrels per day by 2025, with an average annual rate of 950,000 barrels a day.

That still represents a sharp reduction from the 1.5 million barrels a day annual growth rate of the past 10 years, but it’s still growth. What’s more, the IEA has not changed its view on peak demand. OPEC’s view, meanwhile, is that oil demand will continue to expand through 2040.

These perspectives are supported by the fact that demand for energy and electricity will continue to grow, not in OECD countries but outside, mainly in India, China, the Middle East and Africa. These fundamentals are inescapable. And the economic and trade disruptions caused by the pandemic could even boost oil and gas demand, as a possible redistribution of regional production centers from the current China focus increases the demand for transportation fuels.

Russian oil giant Rosneft scoffed at BP’s predictions and has said it’s eager to scoop up any market share that European oil majors make available by shifting their investments from oil and gas to renewables.

All of this isn’t to say that COVID has not been highly disruptive to global oil markets or that it won’t take time for demand to recover fully. Nor is anyone denying the rapid pace of the transition to lower-carbon energy sources. But abruptly declaring an end to growth in oil demand in response to a temporary crisis looks rash.

Tue Oct 13 , 2020
Ensemble Capital recently released its Q3 2020 Investor Letter, a copy of which you can download here. The fund posted a return of 11.60% for the third quarter, outperforming its benchmark, the S&P 500 Index which returned 8.93% in the same quarter. You should check out Ensemble Fund’s top 5 […] 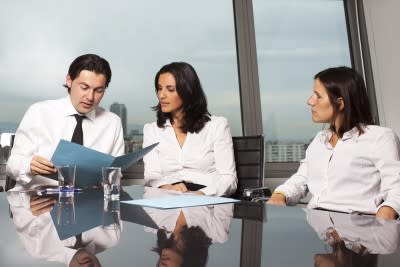