The complaints have upended the dynamics that dominated much of the race so far. With less than eight weeks before Election Day, the once-lean Biden campaign is flush with cash, while the massive Trump operation is facing tough budgetary decisions down the stretch that have increased tensions around the president. […]

The complaints have upended the dynamics that dominated much of the race so far. With less than eight weeks before Election Day, the once-lean Biden campaign is flush with cash, while the massive Trump operation is facing tough budgetary decisions down the stretch that have increased tensions around the president.

Among those worried is Republican National Committee Chair Ronna McDaniel, who recently told the president she was concerned his ads were not on television in states such as Michigan and Florida where Biden was blanketing the airwaves, according to people familiar with the conversation. The president shared the concern, according to the officials, who spoke on the condition of anonymity to discuss internal deliberations.

The decision to slash spending has been ordered by Trump’s new campaign manager, Bill Stepien, who has been restructuring the budget since taking over the campaign operation in July, after it had already spent nearly $1 billion.

Stepien has told others that cutting the ad budget was necessary because it was impossible to cut other spending, such as staffing or a campaign headquarters. He has described facing difficult choices, as he tries to save considerable money for the final 30 days before the Nov. 3 election.

The moves have resulted in an enormous short-term advertising benefit for Biden, who maintains a polling lead in most of the battleground states. Between Aug. 10 and Sept. 7, Biden’s campaign spent about $90 million on television ads, more than four times the $18 million spent by the Trump campaign, according to tracking by a Democratic firm.

Trump-aligned outside groups made up some of the difference, spending an additional $28 million, compared with about $16 million by groups backing Biden. But the outside spending did not eliminate the Democratic advantages in competitive states.

Even with the outside group spending, Democrats have been able to dominate the airwaves where the election will probably be decided. Between Aug. 10 and Sept. 7, pro-Biden efforts outspent pro-Trump efforts by a margin of $9.3 million to $560,000 in Michigan, $17.7 million to $6.1 million in Pennsylvania and $20.5 million to $7.8 million in Florida.

Stepien, in a statement to The Post, dismissed complaints about his strategic decisions.

“Four years ago, those of us on the 2016 campaign got used to tuning out the Beltway experts questioning why we were spending so much time in Scranton, why we were buying fewer ads on television and more on digital and why we were making one last trip to Wisconsin,” he said. “We’re pretty pleased with the outcome of those decisions and the President’s team is similarly confident in our approach this time around.”

Trump campaign officials noted they have a far more robust ground game than Democrats and a candidate who travels far more often and generates far greater media interest, in their view lessening the need for paid advertisements.

Republicans working on Senate and House races, however, have been alarmed, as they have seen Democrats take over the airwaves in parts of the country where lower-ranking candidates are depending on the president to carry them to victory.

“There is actually a lot of frustration out there with the Trump campaign being dark, especially in places like Arizona and North Carolina,” said a Republican strategist, who spoke on the condition of anonymity to discuss private conversations. “Those two places have big Senate races.”

At the heart of the tension in Trump’s orbit are disagreements over what share of campaign spending should go toward getting out the vote on the ground vs. spending on television ads and how much money the campaign should expect to raise from donors in the final weeks of the campaign — along with how serious their financial problems could become.

The president’s son-in-law, Jared Kushner, a senior White House adviser, continues to oversee the campaign’s major financial decisions, and has signed off on Stepien’s new approach after previously backing spending sanctioned by his predecessor, Brad Parscale, who was demoted by Trump this summer.

Parscale’s planning had assumed a large influx of smaller, online donations at the end of the campaign, which Stepien is less certain will arrive, say officials familiar with the discussions. In August, Trump raised $210 million, compared with $364.5 million for Biden’s operation.

Parscale, who compared the campaign he built to the “Star Wars” Death Star, has told others the campaign has plenty of money and that he made spending decisions in conjunction with Kushner and the Trump family — and that they needed to spend money early to keep the president in the race. Parscale also argued that it was important to spend money early because so many Americans are voting by mail this year.

A person familiar with senior campaign discussions said the disparity in television spending was the result of different electoral strategies between the two campaigns.

“Our notion here is that we have twice as much television as we had last time, we have more on digital and because of all the money we have spent on data, we believe we will be much more efficient,” the person said on the condition of anonymity to discuss internal deliberations. “The biggest difference between the Biden campaign and our campaign is we have a super aggressive ground game.”

The president has been annoyed with some of Parscale’s spending but has told other advisers he wants to keep Parscale on the team and doesn’t want him to go “off the reservation,” in the words of one senior campaign adviser.

Republican officials have not said how much money the campaign currently has in the bank, but several said a significant war chest remains.

“We have built the largest field operation in the history of politics during the pandemic. We haven’t had to slow down. That alone speaks to the fact we’re not worried about cash flow at the RNC,” said Richard Walters, chief of staff at the RNC.

But other Trump campaign officials said Stepien has been forced to clean up a disorganized accounting plan left behind by Parscale. They said Stepien did not know where all the money was going, and they had to spend weeks putting together a formalized budget. Stepien told others the campaign had wasted too much money on things that were not central to winning the election.

Stepien, for his part, said he inherited “a strong team.”

“We will have the resources and plan we need to win,” Stepien said.

Trump’s team has been playing defense between mid-August and early September, spending $3.8 million in Georgia and $1.4 million in Iowa, states recently won by Republicans where Democrats spent nothing. Biden, meanwhile, was on the air with $2.7 million in Nevada, which has lately gone to Democrats, without opposition.

Among hotly contested states, Biden spent more than six times as much as Trump in Arizona, and nearly three times as much in North Carolina during the same period, forcing Republican SuperPACs to come in to close the gaps.

Trump continues to outspend Biden online, according to data collected by Bully Pulpit Interactive, a Democratic firm, spending $59 million on Facebook and Google between Aug. 8 and Sept. 5, compared with $43.3 million by Biden. But much of the digital spending for both campaigns is aimed at non-swing states like California, New York or Texas, suggesting the ads are focused on fundraising, not persuading voters or driving turnout.

In a statement to The Post, McDaniel offered words of support for Stepien’s oversight of the campaign.

“Bill is doing an excellent job leading the campaign,” she said. “His data-driven approach has put President Trump in a strong position to win.”

Democratic strategists believe that the Trump campaign’s decision to pull television advertising in part reflects a calculation that more of Trump’s voters will turn out on Election Day than Biden voters. Biden’s strategists are more focused on driving early voting among his partisans.

In a conference call last week, Biden campaign manager Jen O’Malley Dillon said the Biden campaign was planning to spend more resources earlier in the fall to encourage a surge of early and mail-in voting, departing from the strategy of a typical campaign which ramps up spending to peak just before Election Day.

“This is an election unlike any other,” she said. “We’ve really frontloaded a lot of our programming so that we are hitting voters now, we are hitting them assuming they are going to be voting early.”

The person familiar with senior-level Trump campaign discussions said the Democratic assumptions were accurate, and that Republicans expect most of their voters will vote later in the cycle.

“Our people overwhelmingly want to vote in person, while you’re going to see a lot of Democrats vote by mail,” said Mike Reed, a spokesman for the Republican National Committee. 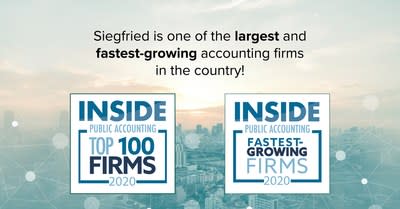