Courtesy of Huatong Sun, University of Washington The Trump administration’s decision to force the sale of TikTok to a U.S. buyer is, to many, the latest sign the global internet is splintering into national and regional blocs. This has been a concern for several years now, as authoritarian countries such […]

The Trump administration’s decision to force the sale of TikTok to a U.S. buyer is, to many, the latest sign the global internet is splintering into national and regional blocs.

This has been a concern for several years now, as authoritarian countries such as Russia, China and Iran erect walls around their cyberspace, and democracies like the U.S., India and the European Union cite national security when blocking specific foreign companies like ByteDance’s TikTok and Tencent’s WeChat.

The reality, however, is a lot more complicated – at least when it comes to social media companies.

I study global media design and the localization of technology. My research suggests that while social media users are indeed splintering regionally and nationally, the companies themselves are becoming more globally intertwined than ever. This means countries that try to restrict apps with bans and the like will end up hurting companies based within their borders as well.

Social media companies have little choice but to behave globally – something clear from their massive number of users.

Facebook, for example, had 2.7 billion monthly active users at the end of June – representing more than a third of the world population – and only about 10% of them are in the U.S. WhatsApp had 2 billion, while WeChat and Instagram are at about 1.2 billion and 1 billion, respectively.

Most social media apps are quickly translated and released in dozens of languages early on in their life spans. Tinder, Uber and Pinterest are all available in over 30 languages, while Airbnb can boast over 50.

Social media technology is inherently global because of a concept known as network effects. While the costs of running a social network increase with growth at a fairly constant rate, the profits jump exponentially with each additional user.

It’s a simple equation. More users, a lot more revenue, a lot more profits. And most of this explosive growth is in overseas – not local – markets.

Social media companies that don’t compete globally and continue to find new users will fall behind.

That’s one lesson from a case study involving four leading messaging apps I examined in my recent book, “Global Social Media Design.” WhatsApp, founded in 2009, was the first in this space and quickly inspired similar offerings in other countries, such as WeChat in China, LINE in Japan and KakaoTalk in South Korea. In its early days, WhatsApp had a strong position in Southeast Asian countries such as Malaysia, Thailand and Singapore, but its failure to innovate in voice messaging left an opening for WeChat, which launched a hold-to-talk feature in 2011 – two years before WhatsApp unveiled a similar feature – and quickly snared a big share of the market.

And when WhatsApp finally launched its own push-to-talk voice memo feature, it helped it become one of the top social media apps in Argentina.

This proves companies need to constantly innovate and learn from one another to expand – and to avoid losing market share to rivals. This is possible by competing in as many countries as they can.

Companies also invest in their global competitors to help them get ahead. China-based Tencent, for example, invested in WeChat rival Kakao, becoming one of its largest shareholders in 2012, with a 13% stake. And early this year Facebook invested $5.7 billion in Jio Platforms, an Indian ecommerce platform, to enhance its digital payment feature on WhatsApp.

[Expertise in your inbox. Sign up for The Conversation’s newsletter and get expert takes on today’s news, every day.]

Another lesson concerns the nature of algorithms and the importance of refining them.

One of TikTok’s most valuable assets is its recommendation algorithm, which highlights short videos for users. TikTok has managed to quickly amass 100 million mostly young users in the U.S. because of how skilled it is at recommending videos on its “for you” page. The Chinese government reinforced this fact when it threw a wrench into efforts for a U.S. company to buy TikTok by adding personalized content recommendation algorithms to its list of export-controlled products. This meant that TikTok’s most valuable tool couldn’t be sold with the company without government approval.

While Silicon Valley excels in artificial intelligence-powered algorithms, the U.S. as a market lacks the massive quantities of users and data needed to test and refine those algorithms. China, on the other hand, has served as a testing ground to perfect TikTok’s algorithm because of its large population and loose government guidance over user privacy as of now.

To compete with rivals in China, India and elsewhere in the future, U.S. social media companies need access to more users and more data – which they are less likely to get if other countries put up barriers to entry in response to President Donald Trump’s ban on TikTok and WeChat over their Chinese ownership.

Even Mark Zuckerberg, CEO of Facebook – a company that would certainly benefit if TikTok’s U.S. operations foundered – recently warned in an employee meeting that Trump’s effort to ban TikTok would set “a really bad long-term precedent” – despite some short-term gains for the social network.

Facebook and other Silicon Valley companies pioneered the social media world. They could lose out on social media’s future if other countries decide to retaliate with bans of their own.

This article is republished from The Conversation under a Creative Commons license. Read the original article.

Sun Sep 20 , 2020
We review products independently, but we may earn affiliate commissions from buying links on this page. Terms of use. Social media app TikTok has turned short, shareable videos into an art form. Now Instagram is getting in on the craze with Instagram Reels, which allows you to add music and […] 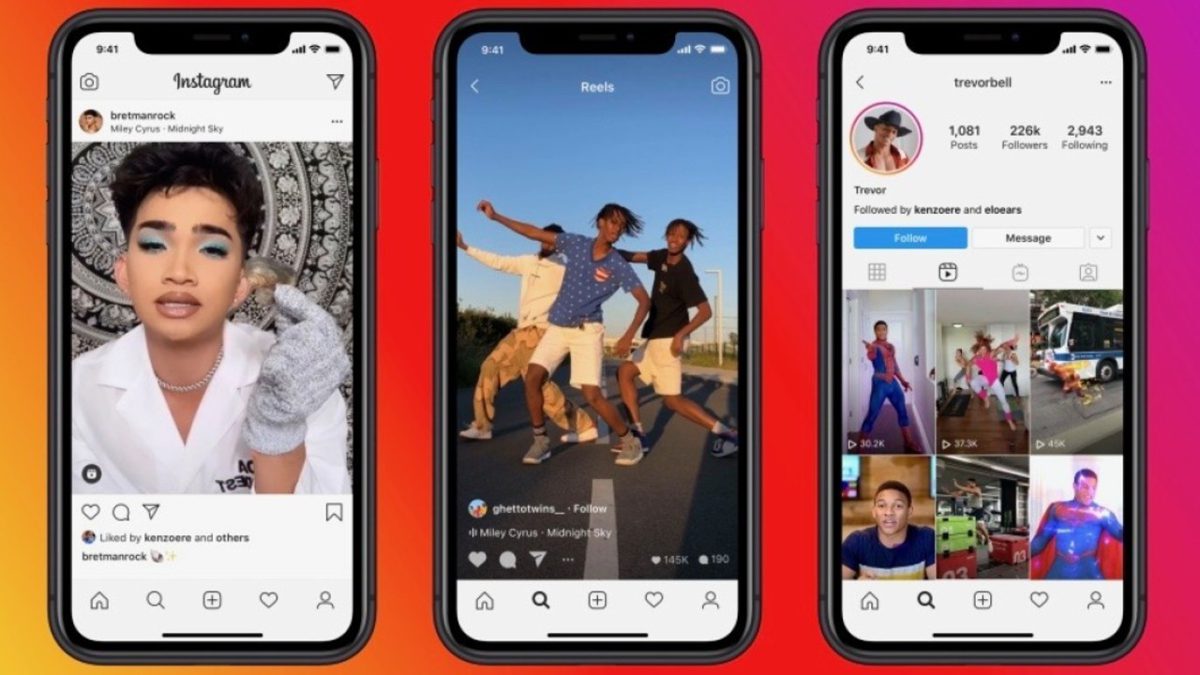