Asian shares part ways from Monday’s upbeat Wall Street performance while trading mixed ahead of the European session on Tuesday. The equities seem to bear the burden of an anticipated delay in the coronavirus (COVID-19) vaccine, as indicated by the Johnson and Johnson. Also weighing on the risk barometers could be the US dollar’s recovery moves seen for the first time in the last five days.

Not only the vaccine updates but mixed trade numbers from China and the Sino-American tussle, over Taiwan arms sale, also challenge the Asian markets’ earlier rise. As a result, MSCI’s index of Asia-Pacific shares outside Japan drops 0.18% whereas Japan’s Nikkei adds 0.10% by the time of the press.

Chinese shares fail to keep the previous day’s upbeat momentum amid geopolitical tension with the West and weaker than expected Trade Balance for September. The weakness of the regional leader could also be witnessed in shares from South Korea, Indonesia and Hong Kong. It should also be noted that Indonesia’s IDX Composite also bears the burden of traders’ cautious sentiment ahead of the upcoming Bank Indonesia Rate decision.

Elsewhere, Australia’s ASX 200 rises from 1.30% to 6,210 despite China’s ban of Aussie coal while New Zealand’s NZX 50 also adds 0.95% as we write even as domestic data failed to entertain the Kiwi buyers during early-Asia. Moving on, India’s BSE Sensex joins Japanese shares while flashing minor gains ahead of rumored COVID-19 measures from the government.

On a broader scale, S&P 500 Futures drops 0.40% whereas the US 10-year Treasury yields keep the early-day weakness near 0.75%. It’s worth mentioning that the US bonds started the week’s trading from today as the American treasury traders cheered Columbus Day Holiday on Monday.

Looking forward, Japan finance minister Taro Aso recently crossed wires, via Reuters, while saying that there will be a meeting of the Group of Seven (G7) members and a joint statement will roll out afterward. Other than this, the US traders’ reactions to the latest risk challenges and American inflation data will also be important to watch for near-term market direction.

Wed Oct 14 , 2020
General view of the Bank Of England on September 27, 2020 in London, England. Peter Summers/Getty Images The Bank of England has written to British banks, seeking information on how ready they are for monetary policy that adopts negative interest rates. “We are requesting specific information about your firm’s […] 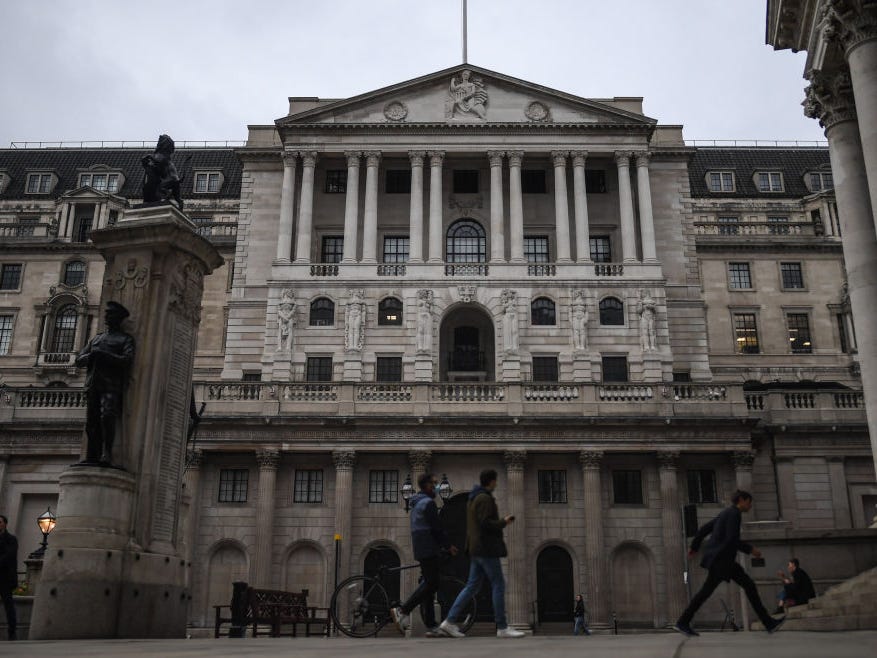