getty While the ability to serve specific ads to specific audiences has long been available to TV advertisers, few of them paid much attention to the benefits of addressable until the Covid pandemic hit and they realized they needed to actually reach different audiences at different times and the only […]

While the ability to serve specific ads to specific audiences has long been available to TV advertisers, few of them paid much attention to the benefits of addressable until the Covid pandemic hit and they realized they needed to actually reach different audiences at different times and the only way to actually do so was via addressable.

While they found that running addressable ads on OTT/CTV and on MVPD set top box cable was not a big deal, linear addressable was still in its nascency back in March, as Project OAR and Nielsen were refining the technology necessary to make it a reality—both have solutions that rely on real time ad overlays that take advantage of ACR (automatic content recognition) to insert commercials on smart TVs.

Turning A Project Into A Business

Now that fall is here, Project OAR, which has been doing live testing for the past several months, seems poised to start the next step of their adventure—taking what they’ve created and turning it into a business. To that end, they’ve engaged industry veteran and addressable TV guru Adam Gaynor to help them create actual value for all of the companies in the OAR ecosystem.

Gaynor, who will be working for VIZIO as VP of Network Partnerships explains that “The Project OAR consortium was designed to get everyone on the same page. All of the specs, everything from decisioning to measurement to watermarking, comes from OAR members. And now that it’s up and running we can start bringing more inventory into the fold along with new partners.”

Selling more companies on the benefits of working with Project OAR is Gaynor’s main charge. While the original cast has many of the industry’s best known names—AMC. Comcast, Discovery, Disney, Fox, Freewheel, Hearst, Inscape, Scripps, ViacomCBS, VIZIO, Warner Media and Xander—there are still holdouts and Gaynor’s job is to bring them into the fold.

“What we’d really like to see is other OEMs embracing Project OAR,” Gaynor said. “While VIZIO has been the driving force behind OAR, their goal has never been to have an exclusive on the platform—the standards are there for everyone to use.”

In speaking with executives at agencies and brands, there’s a strong consensus that one of the key things keeping addressable from expanding even faster is the lack of any sort of universally accepted standardization across platforms, and for most, the attitude is “the sooner the better.”

The Storm Before The Calm

Complexity does not go down well in the television industry, which until fairly recently thrived on the consistency created by a linear cable television ecosystem measured by a single standard (the GRP) provided by a single company (Nielsen). As such, the current environment can feel like utter chaos as advertisers struggle to find a way to plan their media buys across a series of seemingly unconnected environments, all with slightly different measurement systems in place. And that’s before you throw in the added complexity of addressable.

Gaynor understands all this, which is why he thinks that the coming year will see more cohesion.

“Everyone understands that addressable has gone mainstream now,” he said. “Brands are looking to spend more of their budgets on addressable advertising because they know that they can get the types of metrics that were once only available on digital and they can get them off of TV. What they need now is a way to understand how those buys are working, what audiences they are reaching and how to ensure they are reaching those audiences across different platforms without hitting the same viewers over and over again.”

In addition to creating a set of common standards for linear addressable, Gaynor sees the growth of OAR as a great way to bring new advertisers onto TV. He cites a recent study from iSpot showing that there were 1200 more companies advertising on TV in spring 2020 than there were in spring 2019. “The easier it is for advertisers to have a consistent experience across screens and networks, OTT and linear, the easier it is for them to decide to commit budget to TV. Advertisers coming from digital, where deep metrics are the norm are going to be thrilled to find the same sort of metrics with addressable.”

The next few years will likely see a complete reconfiguration of the television industry. I say “reconfiguration” as most of the players will remain in place, they’ll just continue to shift the focus of their business to an ecosystem built around the Flixes (multibillion dollar subscription services) and FASTs (free ad-supported streaming TV services.) There will be linear TV there too, as many of the FASTs will feature linear channels (they already do) and all the digitally delivered platforms will be able to run addressable advertising.

The change will be gradual though, rather than sudden, and advertisers will be looking for a way to understand and manage the complexity in a system that’s part old school linear and part new school OTT. Project OAR, which provides a roadmap for everyone from MVPDs to networks to OEMs to ad tech providers, is well positioned to help, especially if they can create bridges to Nielsen and the various walled gardens that are cropping up in order to make buying and planning more seamless for brands.

Those sorts of partnerships will allow many players to profit from the data that advanced television platforms have to offer, helping the industry reach its goal of fewer better targeted ads that brands will pay more money for.

Video call advice from a CEO of a business raking in $5.7 billion

Wed Sep 16 , 2020
Jean Stephens has been the CEO of the world’s sixth largest audit, tax, and consulting network, RSM International, for more than 14 years. RSM has a global revenue of $5.7 billion, operates in more than 120 countries, and employs more than 43,000 people. Prior to the COVID-19 pandemic, Stephens used […] 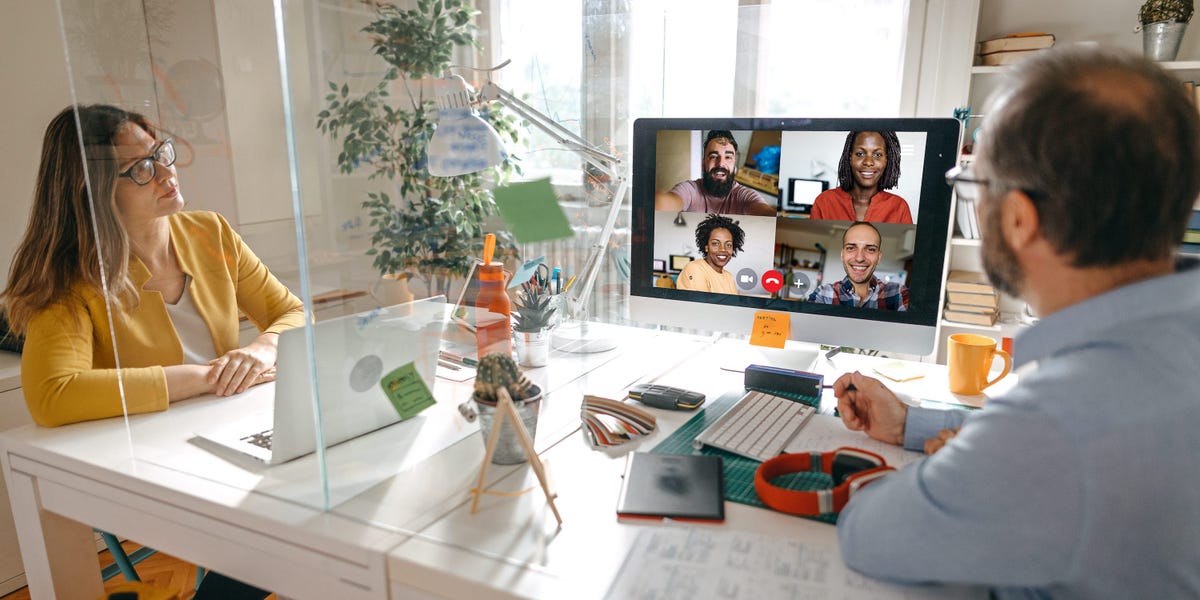