Share Tweet Share Share Share Print Email New Chinese finance rules will force the Jack Ma-backed Ant Group to comply with regulations to back up any payments, lending or other finances with substantial capital, according to The Wall Street Journal. According to new rules from the Peoples’ Bank of China […]

New Chinese finance rules will force the Jack Ma-backed Ant Group to comply with regulations to back up any payments, lending or other finances with substantial capital, according to The Wall Street Journal.

According to new rules from the Peoples’ Bank of China (PBOC), firms operating two or more financial businesses in China will be classified as financial holding companies as of Nov. 1, and will have to apply for a license to do so.

The point of the new regulations, according to PBOC, is to boost supervision of large companies and to help protect the economy from super-large-scale or connected businesses. That means large state-owned or private conglomerates like Ant will face regulation under the idea that any such business failures could pose a systemic risk to China’s economy.

The PBOC will require all financial holding companies and other Chinese businesses whose financial assets or loans comprise 85 percent or more of their total assets to register and have paid up capital totaling at least 5 billion yuan ($731 million).

Ant filed last month for an initial public offering on the Hong Kong and Shanghai stock markets. Almost immediately thereafter, regulators began looking at how to rein in giant conglomerates, PYMNTS reported, hoping to contain “acquisition sprees.” The new rules didn’t come as a surprise to those operating in the Chinese finance realm, although any disruptions of Ant’s listing would come as a shock.

Hangzhou-based Ant runs payments company Alipay, which has over 1 billion users in China and handled more than 118 trillion yuan ($17.3 trillion) in the year leading up to June 2020, according to the WSJ. As of June 30, the company had 71.4 billion yuan ($10.4 billion) in cash assets. Digital payments generated a sizable amount of that funding, and technology-related fees from selling loans and financial products are also a growing amount of funding for the tech giant.

Also last month, the company was also looking to set up a new consumer finance program to consolidate its standing in the online lending industry.

(This article has been updated.)

Tue Sep 15 , 2020
As the global economy comes to terms with doing business during the pandemic, Singapore companies are seizing digital opportunities More than 30 organisations are participating in the Virtual e-Exhibition and 17 MOUs signed as part of Smart China Expo Online, as business gains traction China-Singapore (Chongqing) Joint Innovation Development Fund […] 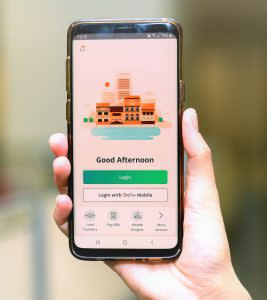