Being a customer service agent for an airline was no easy feat during the peak of the Covid-19 pandemic. When countries began closing their borders in February, AirAsia’s customer happiness team found themselves facing an average of 150,000 enquiries per day, mostly concerning cancelled flights and ticket refunds. The situation […]

Being a customer service agent for an airline was no easy feat during the peak of the Covid-19 pandemic.

The situation only worsened when Malaysia implemented the movement control order (MCO) in March which led to most of the airline’s fleet being temporarily grounded.

With so many uncertainties hanging in the air, AirAsia customer happiness executive Ili Bazilah, who answers queries on the airline’s Twitter, Facebook, and Instagram, said it was tough when passengers began taking out their frustrations on her and her colleagues.

Some people even went to the extent of finding her private social media pages to harass her further.

“Previously, all the enquiries or requests that we got on social media were manageable.

“When the MCO kicked in, things took a negative turn and the sentiments online started to become personal.

“It was intense because when the MCO started, we had to stay at home.

“I was alone with a heavy workload and all the negative comments came flooding in at once,” Ili told Malay Mail.

Ili would normally handle 120 to 150 cases per day but that amount doubled during the first phase of the MCO.

The overwhelming number of messages, some of which contained personal attacks and swearing, ultimately took a toll on Ili’s mental health.

She had just finalised her divorce and was adjusting to life as a single mother when her workload exploded, leading her to seek therapy through AirAsia’s health and wellbeing support programmes earlier this year.

© Provided by Soya Cincau
During the start of the MCO, Ili (upper left) had to work from home with her three-year-old son sitting on her lap as getting a babysitter was out of the question. — Picture courtesy of Ili Bazilah


It was then that the 33-year-old found out she had severe depression after she opened up about struggles in her personal life and career.

After four months of therapy sessions, Ili said she’s on the mend and can empathise with passengers who use harsh words against her as they may be facing their own challenges as well.

“It was a lot for me but I slowly got better. I try not to let any of the guests’ complaints affect me.

“Just as I have gone through some bad days, I imagine that our guests who have left some strong comments must be going through some difficult times too.

“These are strange and unprecedented times, especially when Malaysia imposed the MCO. It is a trying period for everyone so I can only try to stay positive and help as many guests as I can.”

AirAsia’s head of operations for customer happiness department Dalina Daut, 46, was not spared from the negativity either and even received a death wish after she posted about work on her personal Facebook.

Dalina, who goes by Dee, said an acquaintance left a nasty comment on a post she made about AirAsia’s credit account which allows guests to request for the amount spent on a flight to be reimbursed for future bookings.

“While we always stay professional and provide the best solutions for our guests, I do think that a little kindness and understanding goes a long way.

“When I made a Facebook post about AirAsia’s credit account, I was proud of it because part of it was my brainchild but an acquaintance commented on the post and told me that my family and I can go die.

“I was stunned but I think I was more sad than angry about it. I privately messaged this person and I found out that she actually had questions about a flight to Japan that she had booked and was unsure about how to use the AVA chatbot.

“I guided her through the whole process and eventually I managed to persuade her to take the credit account,” said Dee.

© Provided by Soya Cincau
Dee was forced to recall her team members who had returned to their hometowns for Chinese New Year in February as the airline made preparations to deal with the Covid-19 crisis. — Picture courtesy of Dalina Daut


As the team’s workload skyrocketed, Dee had to make the difficult decision to cancel her colleagues’ annual leave during Chinese New Year to keep up with guest queries.

She was wholeheartedly grateful that her team was ready to put in the extra hours even when their own plans were disrupted.

“By the time we requested for them to cancel their annual leave, most of the team members had already gone back to their hometown to celebrate the festivities with their loved ones.

“But we have a business continuity plan in place and we are all crisis-trained, so we can enter into crisis-mode immediately from the office or working remotely as required in anticipation of a large number of queries.

Going through this experience has taught Dee and Ili about the importance of looking after themselves to ensure they do not get bogged down by work issues.

Ili said she’s putting in more effort to stay fit and look after her mental health for the sake of her three-year-old son.

“This incident not only taught me the importance of mental health but physical health as well.

“I started doing simple workouts at home and I’ve changed my diet because I need to be healthy for my son.

“If I feel stressed, I will reach out to my friends. I learned that keeping problems to myself will not solve them and I might be caught off guard when they start affecting my mental health.”

Dee added that she’s had to become more aware of the emotional and mental state of her team members so she can offer them a helping hand during these trying times.

“Different people face problems in different ways. It’s very important for me as a leader to understand when my team members are going through something difficult and it’s become my responsibility to look after their mental health.

“Just asking the question ‘Are you okay?’ and doing that more often during this time can mean so much.” — Malay Mail

The post AirAsia customer service staff open up on cyberbullying during the MCO appeared first on SoyaCincau.com.

Thu Sep 17 , 2020
Canadian insurer Manulife Financial Group will restore some coverage for coronavirus-related trip interruptions in a new travel insurance policy that also includes COVID-19 in its emergency medical coverage. The policy will launch in October for Canadians traveling domestically and internationally, including to countries subject to a level 3 travel advisory, […] 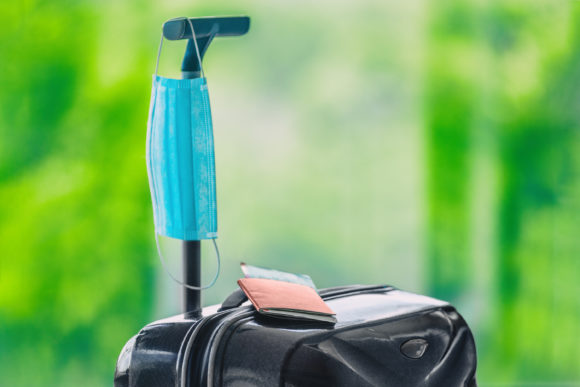