KEY HIGHLIGHTS This is the third investment by the Chinese Central Bank in the financial services company in India. In March this year, the People’s Bank of China increased its stake in the HDFC Ltd to over 1 per cent. There is no bar on Chinese portfolio investment in India, […]

After mortgage lender HDFC Ltd and private sector ICICI Bank the People’s Bank of China has now made equity investment in one of India’s largest NBFCs Bajaj Finance. The Chinese Central bank’s investment in mortgage lender HDFC Ltd had created a furore in the financial market. That was followed by the People’s Bank of China investment last month in private sector bank ICICI Bank amid the border skirmishes and ban of Chinese apps.

The investment in Rahul Bajaj’s financial services arm is less than 1.0 per cent, and hence not reflected in the shareholding pattern of the company filed with the stock exchanges. The timing of the investment is not known, but if it is between February and March-end, the Chinese bank entered at the right time as the NBFC’s share price had plunged from around Rs 4,800 to around Rs 2,200 because of COVID-19 impact on the stock market.

Also read: China to draw up a list aimed at punishing firms deemed harmful to its interests

This is the third investment by the Chinese Central Bank in the financial services company in India. In March this year, the People’s Bank of China increased its stake in the HDFC Ltd to over 1 per cent. The investment had created a flutter in the market with a section questioning the bigger design of China and the Chinese bank.

Amid anti-China sentiment, the government tightened foreign portfolio investment rules, especially on investments coming from neighbouring countries with a Chinese connection. The rules were issued prevent any ‘opportunistic takeovers.’

Chinese bank’s investment in the HDFC Ltd or for that matter in ICICI Bank and Bajaj Finance is too small to make any impact or pose a threat. In banking sector, no single investor has voting rights of more than 15 per cent while any acquisition of share beyond 5 per cent requires RBI’s prior approval.

Also read: Has People’s Bank of China sold entire stake in HDFC? Here’s what we know

People’s Bank of China also reduced its stake below 1 per cent in the mortgage lender in June this year. Currently, there is no bar on Chinese portfolio investment in India, but the relations between the two countries have worsened in the last six months. India has banned over 100 apps including WeChat, shareit, TikTok, PUBG.

In fact, the ICICI Bank investment came amidst the border stand off between the two countries. In ICICI Bank’s Rs 15,000 crore capital raising exercise last month, the Chinese Central emerged as one of the successful investors. The Chinese bank invested Rs 15 crore in the private bank under the qualified institutional placement.

People’s Bank of China was amongst the 357 institutional investors that subscribed to the issue which included domestic mutual funds, insurance companies and global institutions. The prominent investors among those were Govt of Singapore, Morgan Investment and Societe Generale.

Expert suggest that it makes a good sense for Chinese Central Bank, which is flush with funds, to diversify part of its war chest in countries like India rather than stay invested in US and European countries. US and China are already locked in a trade war which has now further escalated into their business areas.  The market regulator Sebi is also scanning the portfolio investments from China as well as from investors of Chinese origin via Hong Kong and other countries.

Argument analysis: Due process, causation and stopping points for a 1945 doctrine in a 2020 world 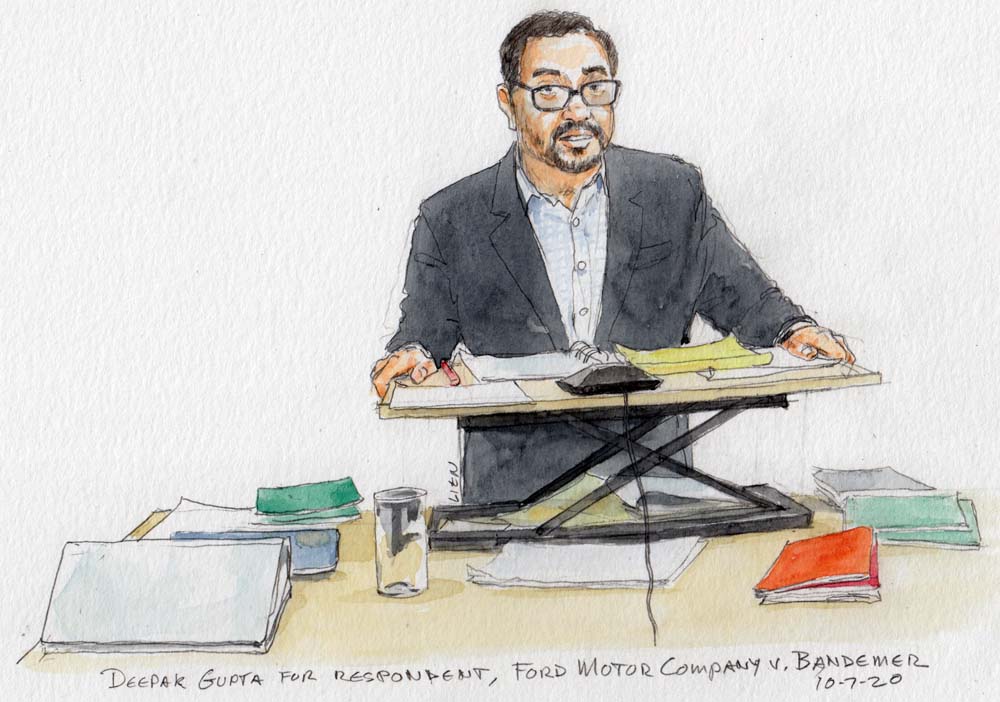