One of the most prominent marketing concepts on the Internet today is influencer marketing and this occurs when people who have significant followers on social media leverage their following in order to promote content. However, not all of this content can be monetized with ease and many influencers often see […]

One of the most prominent marketing concepts on the Internet today is influencer marketing and this occurs when people who have significant followers on social media leverage their following in order to promote content. However, not all of this content can be monetized with ease and many influencers often see their most creative works online not translate into monetary value for them.

Thankfully, a new cryptocurrency and blockchain project SaTT is trying to combat this by creating a token and ecosystem through which influencers can be rewarded for their work. The project has seen success within the ICO market, raising over a dollar within 48 hours and hitting their softcap in less than a week. Now, the project is celebrating yet another win as it was announced on September 18, 2020, that its native token SaTT will be listed on new exchanges in the coming days.

A total of five new exchanges will be listing the tokens though only two names were announced. The first of these is KuCoin which is a centralized exchange that is rather popular within cryptocurrency spaces. The second is UniSwap which is a decentralized exchange. The innovative nature of this new project was acknowledged by KuCoin Global CEO Johnny Lyu  who stated that his company is happy to be at the forefront of cryptocurrency innovation.

“KuCoin has always been the home of crypto hidden gems, and we are happy to support more promising blockchain projects with our various financial services like trading, staking and more. Digital advertising is a billion-dollar market and we have seen SaTT’s potential to develop a new advertising solution with lower cost and more transparency,” he said.

There was also a formal statement from SaTT CEO Gauthier Bros who expressed his appreciation of the support that the project has received from the community thus far.

“To all who believe in SaTT and continue to express your amazing support for the SaTT token sale, as a show of our tremendous appreciation, we are going ahead of schedule with our token listing on the 24th of September. KuCoin is a world-class digital asset trading platform and we are proud to be listed on such a reputable exchange. For the DEX supporters, we have selected UniSwap, the leading decentralized permissionless exchange,” he said.

Those who hold SaTT tokens can begin from September 24, 2020, to make deposits on the exchanges in preparation for active trading. Currently, the trading pairs that will be made available to customers have not been announced but that is expected to be done in the near future. There are also five more exchanges that will be announced as partnering with SaTT coming soon.

The concept of the project is certainly an interesting one as it leverages smart contracts to govern transactions between advertisers as well as influencers. The influencer marketing space is a $1 billion industry and the use of such smart contracts and blockchain will help ensure a certain level of transparency and security which has not existed previously in the industry. The platform works by retrieving data from third-party APIs of various social media platforms. This means that engagement and actions taken with a piece of content can be evaluated by the blockchain and payments can be triggered automatically from the advertiser to the influencer’s account.

This addresses a recurring problem in the industry of lack of transparency, missed or late payments or pool alignment of results, and campaign objectives. Once this gets more widely used, there is a large potential for its application within both the influencer marketing industry and online marketing as a whole. The project has already shown great promise through it’s

From 2016 to 2018, ICOs were all the rage within the cryptocurrency industry and were the tool of choice for companies looking to raise funds. However, the market was plagued with various fraud offerings, poorly executed offerings, and so on. In fact, the Securities and Exchange Commission in the United States is still working to clear up some of the damage done during that period.

However, SaTT defied all expectations by raising record amounts of money with an ICO in 2020 which shows that the market is still alive but is receptive mostly towards valuable projects such as this one. Once the token finds its way to the exchanges and active trading begins, we can expect the value of the token to reflect this confidence from the general public. More information is expected to come from both the exchanges and the management of a SaTT as time progresses.

A Capitalist Fix to the Digital Divide

Tue Sep 22 , 2020
This article is part of the On Tech newsletter. You can sign up here to receive it weekdays. The pandemic has made it more clear that millions of Americans are falling behind in work, school and life because they don’t have or can’t afford decent internet access. I’ve written about […] 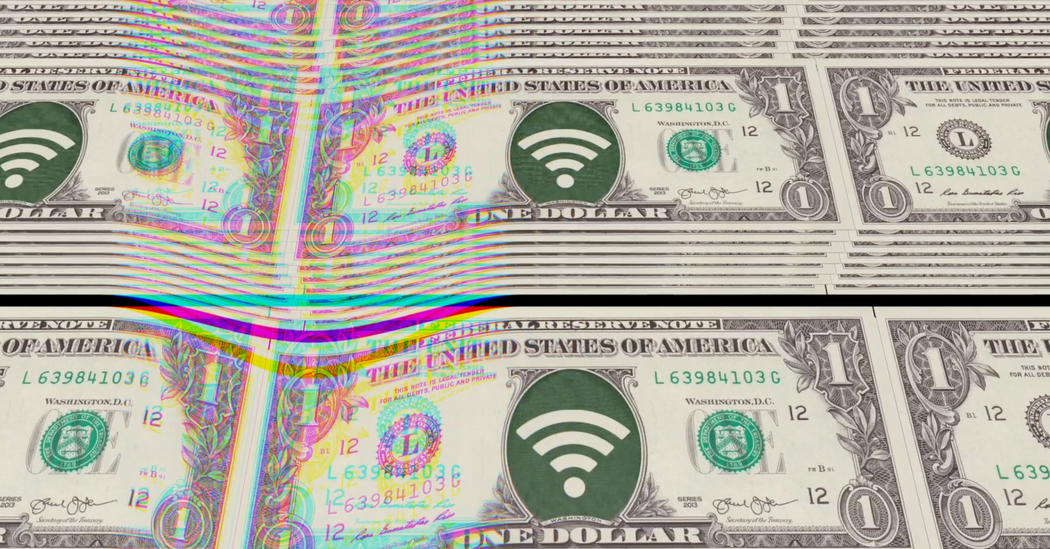