© Provided by TechRadar AccountEdge AccountEdge for Apple Mac users is a little bit conventional in the way that it’s still available as downloadable software, rather than being a cloud-based accounting solution. No matter, as there are still plenty of users who prefer this route to programs that work using […]

AccountEdge for Apple Mac users is a little bit conventional in the way that it’s still available as downloadable software, rather than being a cloud-based accounting solution. No matter, as there are still plenty of users who prefer this route to programs that work using a connection with the internet. However, other options worth considering include Sage Business Cloud Accounting, QuickBooks, Xero, FreshBooks, Freeagent, GoSimpleTax, TaxCalc, Nomisma, ABC Self-Assessment, Crunch or Zoho Books.

Once owned by MYOB and now sitting under the Visma company umbrella, which has acquired many other software applications in recent years, AccountEdge is a reliable option for small business owners who need to tackle a wide variety of accounting chores throughout the financial year.

Indeed, alongside being able to stay on top of your accounts you’ll find that AccountEdge has all of the tools needed to serve up invoicing, inventory management and payroll options amongst numerous other features. There’s a big but though, as the software won’t work with Mac OS Catalina, which will rule it out for many and that’s before you’ve taken the coronavirus crisis into consideration.

There are three different versions of the software to choose from, with the original AccountEdge being the basic edition. This is supplemented by AccountEdge Plus and an AccountEdge Plus Network Edition. You can try these products out as a free trial for 30 days, simply by filling in a form and downloading the software. If you’re happy with the way it works then on purchase you get issued with a licence key.

Considering AccountEdge comes with a reasonably low price tag, no matter which edition you go for, it boasts plenty of features that’ll appeal to all kinds of small business owners.

AccountEdge isn’t just about accounting either, as it also offers tools for banking, sales and purchasing, payroll, inventory tracking and management plus reporting and filing VAT returns. UK users will find that it’s also compliant for HMRCs Making Tax Digital.

The AccountEdge Plus Network Edition might be worth looking at if you’re running a small business that needs to deal with multiple currencies and process more complex transactions. There’s also an AccountEdge mobile app that can be used by employees on the go.

However, all of this is affected by the issue of the software not being compatible with Mac OS Catalina. Visma has issued guidelines but the long-term outlook appears rather bleak for anyone who wants to keep use an up-to-date operating system.

It’s a good feeling to know you’ve got software installed on your machine if you’re not always in the position to be connected to the internet. Although this is viewed as slightly old school nowadays, with cloud-based software being the tool of choice for many, AccountEdge whirs along nicely once you’ve got it installed on your hard drive.

The trial edition delivers everything you get if you lay down the money to use it full-time, and in that respect you’ll find that it does exactly what it says on the tin. However, if the software is not optimised to work with Mac OS Catalina it’s hard to see how users will want to keep working with what is a rather outdated package.

One of the most appealing aspects of AccountEdge is its pretty simplistic interface. If you’re already happy having actual software to download to your computer then you’ll doubtless be just as pleased when you take a tour of the interface. The main work area is logically laid out, has plenty of practical menus and tool options while the overall learning curve is minimal to say the least.

AccountEdge is therefore a decent recommendation for anyone who’s not too keen on picking their way through lots of complicated features and functions. Just as long as you’re running an older Apple machine that is.

If you’re signing up for AccountEdge then the Service Agreement outlined in the pricing section gets you free support via telephone and email. This is also useful in the respect that you get free upgrades, including any major releases that are rolled out by the company. AccountEdge Plus users who have the obligatory service agreement will be entitled to free support via phone and email, free updates and also get payroll taxtables.

AccountEdge continues to evolve with the changing requirements of accounting and tax legislation. It therefore remains a very relevant software package that comes with the benefit of some old school charm, including being downloadable. The biggest issue though is its lack of compatibility with Mac OS Catalina.

It’s hard to find fault with the features and functionality, with a workspace that feels easy to learn and actually improves the more you use it. With a surprisingly extensive catalogue of additional business tools, AccountEdge can be used to carry out all sorts of daily small business activities.

However, moving forwards it’s hard to see anyone new signing up for the accounting package due to its ongoing limitations.

Gallery: How to use Google Keep: 5 power tips (TechRadar)

Wed Sep 30 , 2020
WASHINGTON (Reuters) – U.S. consumer confidence rebounded by the most in 17 years in September amid an improvement in labor market views, but it remained below levels that prevailed before the COVID-19 pandemic struck the nation early this year. FILE PHOTO: People visit the Destiny USA mall during the reopening, […] 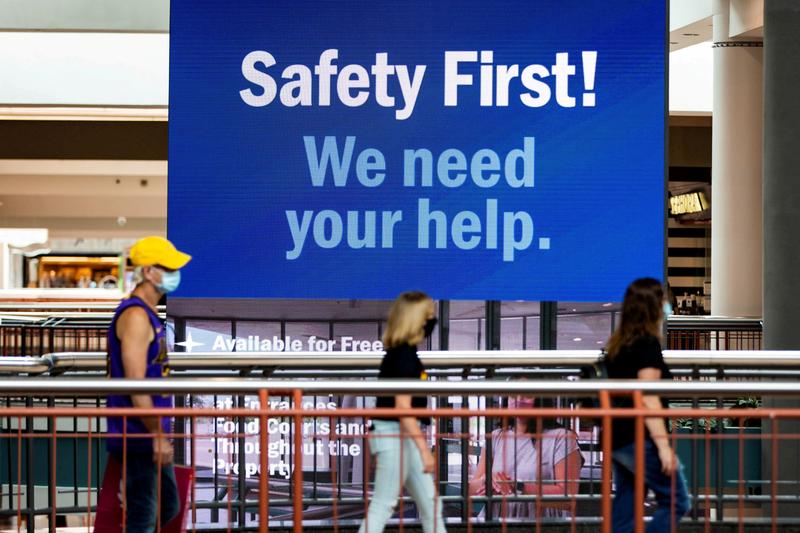