To say that today’s international tax landscape is complex is an understatement, given the constant developments in rates, rules and regulations, not to mention the ongoing uncertainty related to the global COVID-19 pandemic and the upcoming U.S. presidential election. “Accounting firms are seeing a significant increase in their advisory and […]

To say that today’s international tax landscape is complex is an understatement, given the constant developments in rates, rules and regulations, not to mention the ongoing uncertainty related to the global COVID-19 pandemic and the upcoming U.S. presidential election.

“Accounting firms are seeing a significant increase in their advisory and compliance practices as the complexity of tax rules, constant changes, and COVID-19-related legislation and regulatory developments increase, and uncertainty of what will occur in the future has businesses in many sectors and individuals needing more help than ever before,” said James Paterson, vice president and general manager of the corporate indirect market at Wolters Kluwer Tax and Accounting North America.

Noted David Sites, national managing partner of international tax services at Top Eight Firm Grant Thornton in Washington, D.C., “From an international perspective, globalization around the economy has put international tax in this place where we’ve got this immense period of change and uncertainty.”

Staying abreast of the latest developments in rates, rules and regulations — especially those related to COVID-19 — and leveraging technology and enhanced automation is paramount. “Accounting firms need to look beyond their current practices and concerns by evolving the practices and services they offer to clients. They need to pay more attention to developments that affect specific industries to best assist their clients in those industries. In these unprecedented times, they need to much more closely look at and anticipate developments around the world that are likely to directly impact their clients,” Paterson said.

On top of an already complex tax landscape caused, in part, by the Organization for Economic Co-operation and Development’s Base Erosion and Profit Shifting initiative and Global Intangible Low Tax Income, the COVID-19 pandemic is further impacting international tax in a myriad of ways. The pandemic is impacting transfer models and pricing policies, which typically have been based on patterns of economic growth and profit-sharing — not pandemics. Therefore, proactively evaluating a company’s transfer-pricing agreements and properly documenting any changes should be considered.

“Many multinationals utilize the profit-based methods where they would typically be allocating routine returns to their contract manufacturers, to their distributors, to their service providers,” said Tansy Jefferies, principal in transfer-pricing services at Top Eight Firm RSM US in the Miami/Fort Lauderdale area. “Now, under COVID-19, we are obviously facing challenges because we may have an overall loss at the group level, so there is no profit to allocate. So if you continue to utilize those traditional transfer-pricing approaches, it would require you to artificially force profit into some of these subsidiary entities with limited functions, which would simply serve to increase your losses at the parent company level. So that would create a situation in a multinational where you have very large losses in one entity, or perhaps multiple entities, and then pockets of profit in other entities.” She noted that this could also result in companies paying tax in certain jurisdictions when they have losses in other jurisdictions, and possibly worsen the impact of GILTI.

“It’s really important that clients that do use those traditional transfer-pricing approaches revisit their policies now to see whether it makes sense to adjust those in light of what is happening under COVID-19,” she said. “Now, it is difficult to know exactly what that looks like [because] a lot of times their pricing planning is based on comparable third-party data. Now, we are not going to have 2020 comparable third-party data until 2021, when those companies have closed out their books and filed their financials. So, at the moment, what we’re doing is trying to predict what that might look like.”

Echoing the sentiment, Paterson said, “Transfer-pricing policies should be reviewed considering economic changes resulting from COVID-19, as now businesses may be facing future losses or lower operating profits. For example, with regard to using a tested party to comply with the arm’s-length standard, previous year’s data may no longer be reliable given the current market conditions. It is difficult to know how long the pandemic’s impact on the economy will last, especially as it is impacting sectors differently, so changes to policies should be made based on the facts and circumstances of that particular business.”

He added, “Companies should also examine their transfer-pricing models to see if they need to be adjusted for the movement of assets or business functions, as these may have shifted when a company was working to minimize the spread of COVID-19 across their workforce, as well as for the decrease in services provided. For companies with existing [advance pricing agreements], those should also be reviewed to see if the terms are impacted.”

As noted, one of the challenges is the lack of updated comparable data. In light of this, Vikram Gosain, editor of federal and international tax for Thomson Reuters Checkpoint, suggested alternatives:

The OECD conservatively estimates revenue losses from base erosion and profit shifting at between $100 billion to $240 billion annually, or anywhere from 4 percent to 10 percent of global corporate income tax revenues.

Enter OECD’s BEPS project, which was launched in response to revelations from the 2008-09 financial crisis of significant worldwide tax evasion and aggressive tax planning. The OECD’s BEPS 1.0 action plans were launched in 2015. As explained in an EY blog post, “While the BEPS 1.0 initiatives have led to many changes to the international tax rules to limit profit shifting, authorities believed that it did not yet adequately address the challenges of the digitalization of the economy.”

That brings us to the current BEPS 2.0, which comprises two pillars: Pillar One addresses the digital economy (nexus and profit allocation), and Pillar Two sets forth a global minimum tax system.

“BEPS 2.0 is really the hot topic. It’s a work in progress,” Gosain said. “This is where we really have rather significant historical changes in international tax.”

Pillar One, Gosain explained, “introduces a new taxing right for market jurisdictions. That’s a new concept. Specifically, if a multinational meets particular scope requirements or threshold requirements in a market jurisdiction, and that’s where consumers are located that pay for online advertising or use online services. … then the market jurisdiction can tax an allocated portion of the multinational’s profit or residual profit; sometimes that’s called Amount A. What is significant about this is that this allocated portion, or Amount A, is a new way to tax the profits of these companies without requiring physical presence. That’s the leap forward.”

Pillar Two, Gosain said, “gives countries the right to tax back certain foreign income when other jurisdictions haven’t otherwise taxed that income, or taxed at a low level. It’s effectively a minimum tax and it really follows the U.S. GILTI rules. … Pillars One and Two should be available, and consensus should be reached, by the end of the year.”

Without consensus, there’s the risk that countries will act unilaterally to implement their own digital services taxes, which could lead to adverse consequences like double taxation, Gosain cautioned.

Said Grant Thornton’s Sites, “Digital is clearly the big thing that’s on everybody’s mind with the OECD right now. I think it’s been amazing the progress that they’ve made on this issue given COVID-19 and everything else. … There are, of course, challenges to overcome with that, but that’s the space to watch in the next several months, certainly on the OECD front.”

Further illustrating the focus on digital, the “BDO 2020 Tax Outlook Survey,” conducted prior to the pandemic in Fall 2019, found that international regulations on the taxation of digital services ranked No. 2 when senior tax executives were asked what will have the greatest impact on their tax liability in 2020. Taking the top spot was international trade tensions and tariffs. 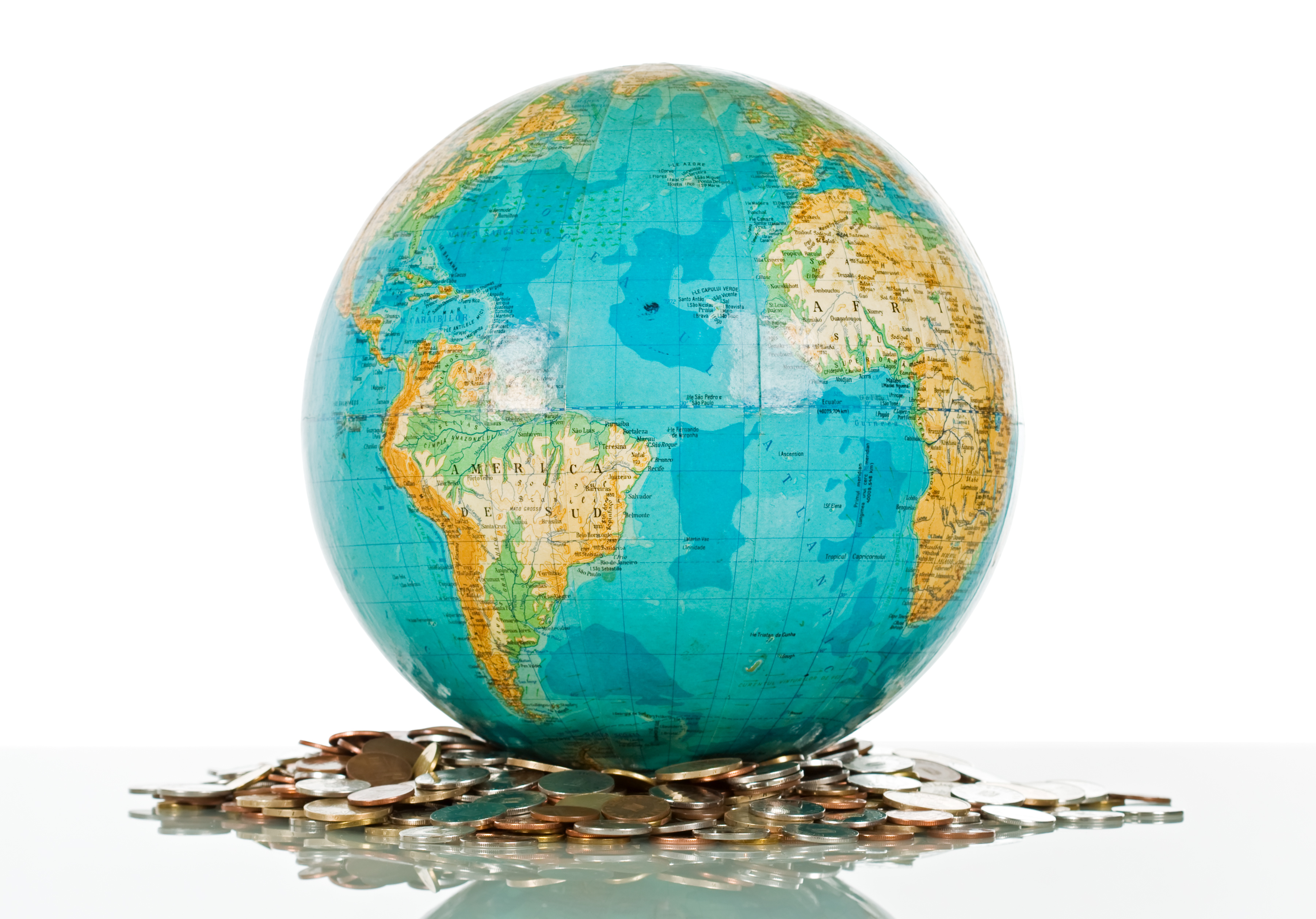 Then there’s Global Intangible Low-Taxed Income, which is a new provision enacted as a part of the 2017 Tax Cuts and Jobs Act and presents a marked shift in the U.S. taxation of foreign earnings. Prior to the TCJA, the country generally taxed U.S. taxpayers, both businesses and residents, on their worldwide income. However, as explained by the Tax Policy Center, U.S. businesses could defer the tax on foreign subsidiaries’ active business earnings until those earnings were repatriated to the U.S. as dividends.

“After the TCJA, the U.S. generally exempts earnings from active businesses of U.S. firms’ foreign subsidiaries, even if the earnings are repatriated,” the Tax Policy Center stated. “But Congress worried that completely exempting U.S. multinationals’ foreign earnings might exacerbate the incentive to shift profits to low-tax jurisdictions abroad. So, Congress added a new 10.5 percent minimum tax on [GILTI] to discourage such profit shifting. GILTI is intended to approximate the income from intangible assets (such as patents, trademarks and copyrights) held abroad. Congress considered intangible assets highly mobile — and sought to discourage U.S. firms from shifting these assets offshore.”

“Now, a lot of people are looking at these [rules] and saying, ‘This is pretty good, potentially. Not only [has the Treasury Department] given us this exception and finalized it, but they’ve allowed us to apply it essentially on a retroactive basis, if we decide to do so.’ So people are looking at that, for example, and saying, ‘Well, how does that work? How does that apply to me? Can I get a benefit out of it?’” said Ramon Camacho, principal in RSM’s Washington national tax office. “And it has a very interesting overlay with the CARES Act provisions.”

These are, obviously, just a handful of top-of-mind issues shaping the international tax landscape, to say nothing of the ways that the COVID-19 pandemic has impacted international tax. As outlined by Paterson of Wolters Kluwers Tax and Accounting North America, these include:

Staying on top of the latest developments in rates, rules and regulations is no doubt challenging. Therefore, it is important that firms have the right tools and technology in place and leverage the benefits of greater automation, experts suggested. “What we’re finding is a lot of people are moving toward automation. So if you’re not already automated, it is time to think about it. Automation does the heavy lifting when there are a lot of complicated moving parts, as there are with COVID-19,” said Richard Asquith, vice president of global indirect tax at Avalara.

Said Grant Thornton’s Sites, “I think there’s immense opportunity for advisors and companies alike to rely on technology to maybe take that step toward further automation to connect their teams better virtually and maybe come out of this a little bit stronger. … I would say to firms, the investments they make in automating the mundane will go a long way toward modernizing the experience for the client and allowing people to do business in this COVID-19 environment.”

As Jefferies of RSM US described it, today’s tax professional needs to be “a master at connecting all of the dots.”

“As an accounting professional, as a tax advisor, and a transfer-pricing professional, you can’t just look at your area of expertise in isolation. … You really need to understand the big picture and you need to work very collaboratively with your colleagues and your colleagues in other countries, as well as colleagues in different specialty areas, to really manage to piece together all of these different moving parts and understand what the overall implications will be for the clients and for the taxpayers,” Jefferies said.

Advised Paterson, “They also need to carefully follow the political environment in the U.S. and countries around the world. Election results can have a significant impact on tax policy that directly impacts international tax issues and concerns for both businesses and individuals.” 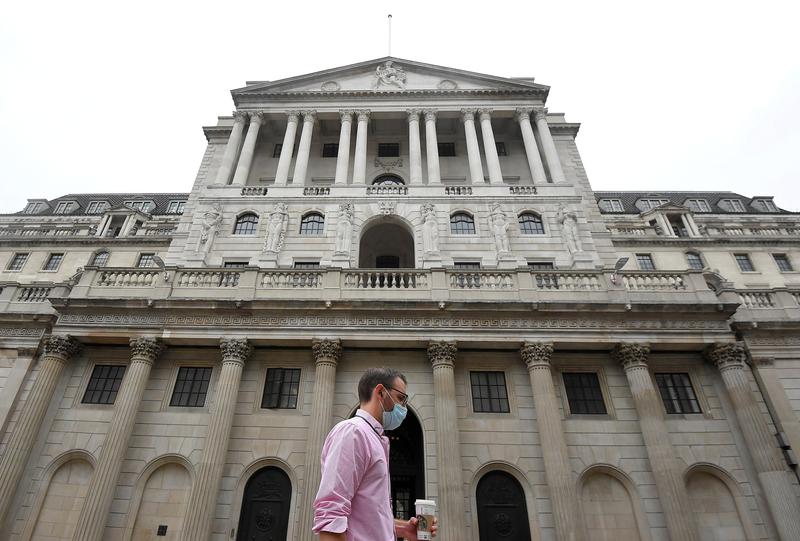