The federal government’s big spending budget has won praise among small business advocates, who’ve welcomed the focus on tax incentives, wage subsidies and mental health support.  © Provided by Smart Company Josh-Frydenberg But they say there were also some missed opportunities to help business operators access professional support amid the […]


But they say there were also some missed opportunities to help business operators access professional support amid the coronavirus recession.

Writing for SmartCompany from the budget lockup on Tuesday night, Mark McKenzie from the Council of Small Business Organisations Australia said when taken together, individual budget measures, including the expanded asset write-off scheme, loss carry-back provisions and JobMaker hiring credits, will have a positive effect on business confidence.

“While these measures may appear relatively modest in isolation, when considered in aggregate, they create a climate of confidence at a time when most small business owners are struggling with unprecedented uncertainty,” McKenzie said.

“For that reason alone, the measures announced for small businesses in the federal budget are very welcome indeed.

“The real test will be how they work in practice over the coming year to support the restoration of small business jobs lost over the past nine months.”

Small business ombudsman Kate Carnell agrees that this year’s budget will boost small business confidence, declaring it to be “one for the history books” in a statement on Tuesday night.

“Given the number of measures that target the small business sector in this budget, the federal government has clearly acknowledged the role small and family businesses have to play in the nation’s economic recovery,” she said.

Speaking to SmartCompany this morning, Carnell described the combination of the new asset write-off scheme and the loss carry-back provision as “incredibly clever”.

“To have a scenario where you can buy capital equipment, up to any level, however many pieces you want, write it off immediately and then use the loss carry-back to … deliver cashflow to your business this year, that’s clever,” she says.

Carnell says the personal income tax cuts will also flow directly to many self-employed people and micro businesses, as well as putting “more money back into the economy”, while new funding for dedicated mental health support for small businesses owners is a real win for the sector.

“It is all about confidence,” she says.

MYOB chief executive Greg Ellis said the budget shows the government has been listening to what small and medium businesses want.

“There is a good mix of spending and tax measures, which when combined are critical to rebuilding business confidence, and in turn, stimulating investment and growth,” he said in a statement provided to SmartCompany.

“The initiatives outlined in today’s budget are designed to deliver strategies to energise the SME sector by driving demand and injecting spending back into the economy.

“These are key strategies for our pathway out of recession.”

Similarly, Gavan Ord, manager of business and investment policy at CPA Australia, told SmartCompany the budget has been “designed to stimulate confidence”.

But Ord says the government has missed opportunities to offer support to newly established businesses that have missed out on the JobKeeper wage subsidies or the cashflow boost payments.

“There’s nothing special for them within this budget,” he says.

The government also had an opportunity to help businesses manage through a recovery phase by introducing a small business viability program but chose not to, says Ord.

“JobKeeper and the cashflow boost were really about the survival phase, while the asset write-off and JobMaker are really for businesses turning to growth,” he explains.

“Many businesses are in the recovery phase, in between survival and growth but the support is not really aimed at those businesses.”

Prior to Tuesday’s budget, CPA Australia had joined forces with Kate Carnell’s office and a number of other key accounting and small business groups to call for the viability program, which would give small businesses access to tailored plans from accredited professionals.

Such a program would “hasten the move from recovery to growth” for many businesses, says Ord, but Carnell said such a program has been “unfortunately overlooked”.

“Unfortunately small businesses with cashflow issues, compounded by falling revenue, may not seek out professional advice because it’s deemed to be unaffordable,” she said.

“This could imperil their future.”

While Ord says personal income tax cuts will directly benefit the many small businesses that are unincorporated, and the loss carry-back scheme will provide a much needed “quick injection of cash” for companies that were previously profitable, many of the budget measures are built on an assumption that businesses have some cash to spend, when in fact this is not actually the case.

“They don’t have the cashflow to invest,” he says.

“They have cancelled or delayed investment plans. They don’t have the money to add extra employees.”

Thu Oct 8 , 2020
Wilmington, Delaware – He’s not on the ballot for mayor in Wilmington, but Joe Biden’s hometown is getting some attention as a result of his presidential candidacy. Amid the 19 general election campaign trips to seven battleground states, Biden has spent his down time in Wilmington, a fitting backdrop for […] 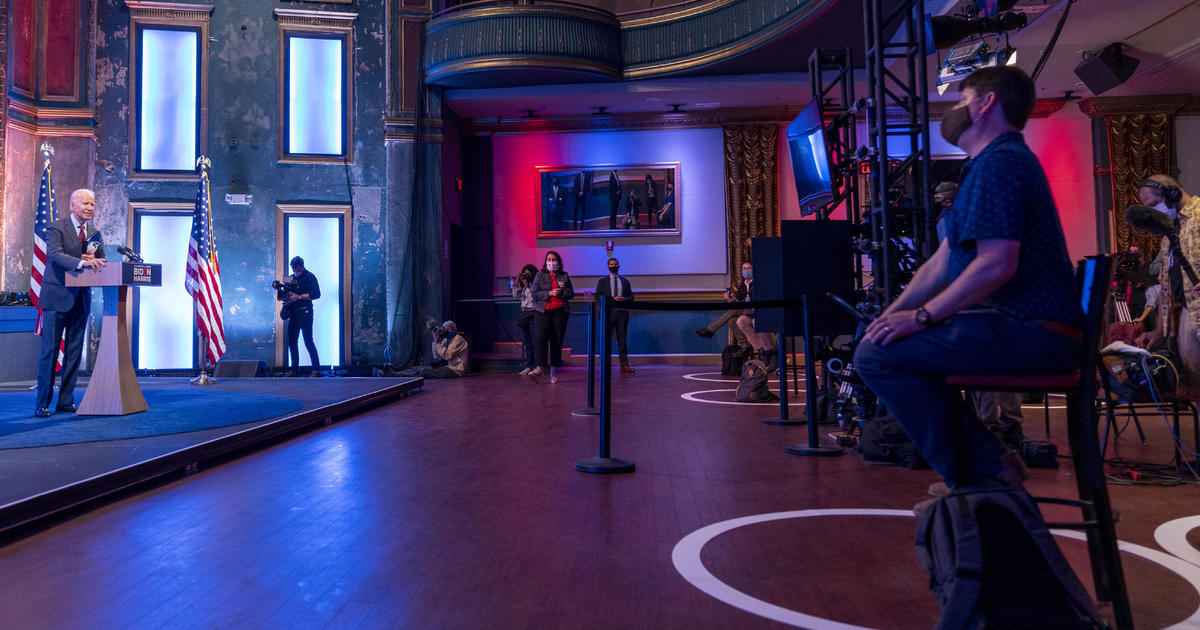