The analysis included 500 simulations for the three roads, using a range of variables for each, and found none met a key financial marker. Gary White   | The Ledger LAKELAND — An analysis of three proposed toll roads in Florida has found that none meets the Florida Department of Transportation’s standards […]

The analysis included 500 simulations for the three roads, using a range of variables for each, and found none met a key financial marker.

LAKELAND — An analysis of three proposed toll roads in Florida has found that none meets the Florida Department of Transportation’s standards for financial feasibility.

The assessment considered the Southwest-Central Florida Connector, which would run from Polk County south to Collier County, as well as two other highways now being planned at the direction of the Florida Legislature.

Members of Cornell Consulting, a student-led firm at Cornell University, presented the main details of their analysis Wednesday during a videoconference with reporters. The Sierra Club commissioned the study in coordination with the No Roads to Ruin Coalition, a group of environmental groups opposed to the projects.

The Southwest-Central highway is part of a project known as M-CORES — Multi-use Corridors of Regional Economic Significance — that includes an extension of the Suncoast Parkway north to the Georgia border and a connector between the Florida Turnpike and the Suncoast Parkway.

“M-CORES is a financially risky project with a significant price tag and little data demonstrating a true transportation need,” the Cornell analysis said. “Furthermore, the proposed corridors run through highly sensitive environmental areas, run the risk of encouraging sprawl in communities that do not want it, and during COVID-19 have reduced demand.”

The Florida Legislature passed a bill in 2019 directing the Florida Department of Transportation (FDOT) to develop routes for three highways. The legislation ordered the creation of task forces headed by FDOT officials to help plan each road, and the panels began meeting last year.

The panels are drafting “guiding principles” on potential routes but not actually mapping the corridors. They are due to present reports to Florida Gov. Ron DeSantis by Nov. 15 that will guide FDOT in its study phase for the roads.

While the Legislature allotted $135 million for the first two years of the project, FDOT has not provided detailed projections of the potential costs of building a combined 330 miles of highways.

The report said the task forces should recommend that the roads not be built. FDOT officials have said that they could make such a recommendation during the study period but have told the task forces their role is to provide general guidance and not to determine if the highways should be constructed.

The study released Wednesday sought to “fill research gaps” left by FDOT and the task forces, Michael McGrath of the Sierra Club’s Fort Myers/Southeast Florida chapter said in leading the video session. He was joined by several of the Cornell students who compiled the assessment.

Cornell Consulting carried out economic models to project costs of the projects. The group conducted 500 simulations for the three roads, using a range of variables for each, and not one found that the roads would meet a key requirement for FDOT projects: repaying construction costs within 15 years.

The study estimated the cost of the 140-mile Southwest-Central highway at $3.3 billion, or $25.5 million per mile. The report projected the total cost of the three roads at $10.3 billion.

The Southwest-Central project fared best among the three roads in a fiscal feasibility analysis included in the report. Along with repaying construction costs, the consultants measured the projects on two other benchmarks FDOT uses: covering half the resulting debt by year 12 and covering the full debt by year 30.

The report found a 99% likelihood the Southwest-Central highway would meet the 12-year goal and a 95% chance of meeting the 30-year goal. By contrast, the report gave odds for the Suncoast Connector of 71% and 37%, respectively, and listed no chance of the Turnpike Connector meeting any of the three financial goals.

The study also predicted higher costs per mile of construction for the other two projects.

The Cornell report estimated that FDOT would need to spend $2.8 billion on the Southwest-Central highway and a total of $8.7 billion on the three projects. It projected the cost to other government entities at $550 million for the Polk-to-Collier road and $1.7 billion overall.

The study said FDOT would have to rely on private entities to help cover funding needs. The legislation lists several sources of potential funding, including public-private partnerships.

Based on previous FDOT projects, the study estimated that it would take six years to build the Turnpike Connector and at least 10 years for the other two highways.

The legislation ordering construction of the three roads described their potential benefits, such as relieving congestion on existing highways, spurring economic growth and expanding broadband service in rural areas, and aiding in evacuation during hurricanes.

The study assessed how well the projects would meet those needs and again found them lacking. The report said efficient evacuation in disasters could be achieved by allowing one-way traffic flow away from affected areas on existing highways.

The analysis said high-speed internet service could be extended into rural areas much more cheaply by installing fiber-optic lines on existing, above-ground structures.

The report included usage projections for the three planned highways. It predicted the highest use for the Southwest-Central Connector at more than 1.1 billion vehicle miles traveled over a six- to eight-year period.

The analysis said that recent trends show diminishing returns for highway projects in the United States. Return on investment peaked at 55% in the 1950s, as construction of interstate highways commenced, and had declined to 13% by the 1990s, the study found.

The report also said the highway projects would cause environmental harm that would offset some of the benefits. Some of the Cornell students said they had spent a semester and a half working on the analyses.

“M-CORES is fiscally unfeasible and a gross misuse of government funds,” said William McGrath, one of the study authors (and the brother of Michael McGrath of the Sierra Club). “If FDOT elects to pursue this project, the balance sheet of FDOT will be seriously strained, requiring funds from other FDOT roads and new debts.”

Asked if the outcome of the study was predetermined because it had been commissioned by a group opposing the toll roads, William McGrath said the Cornell group followed established methods and included a full range of variables in its simulations.

Julianne Thomas of the Conservancy of Southwest Florida, who joined the video session, said the No Roads to Ruin Coalition plans to share the report with members of the three task forces in hopes that they will incorporate the details into their reports to DeSantis.

The report drew a response from the Connecting Florida Coalition, a business consortium promoting the highways:

“These studies are premature and circumvent the thorough review process the Florida Legislature put in place for the Multi-use Corridors of Regional Economic Significance (M-CORES) program,” the statement said. “The roads that make up the M-CORES program have been studied since the 1990s and have been paused, restarted and portions constructed after similar evaluations of their need during that time. However, as our state continues to grow, the need for these projects grow as well.“

Thu Sep 17 , 2020
Vice President Corporate Communications, Diebold Nixdorf. getty In the wake of the pandemic, businesses large and small were forced to realign priorities and reconfigure corporate blueprints in order to enable remote work — many in a matter of weeks or even days. With the duration of the pandemic and the scope […] 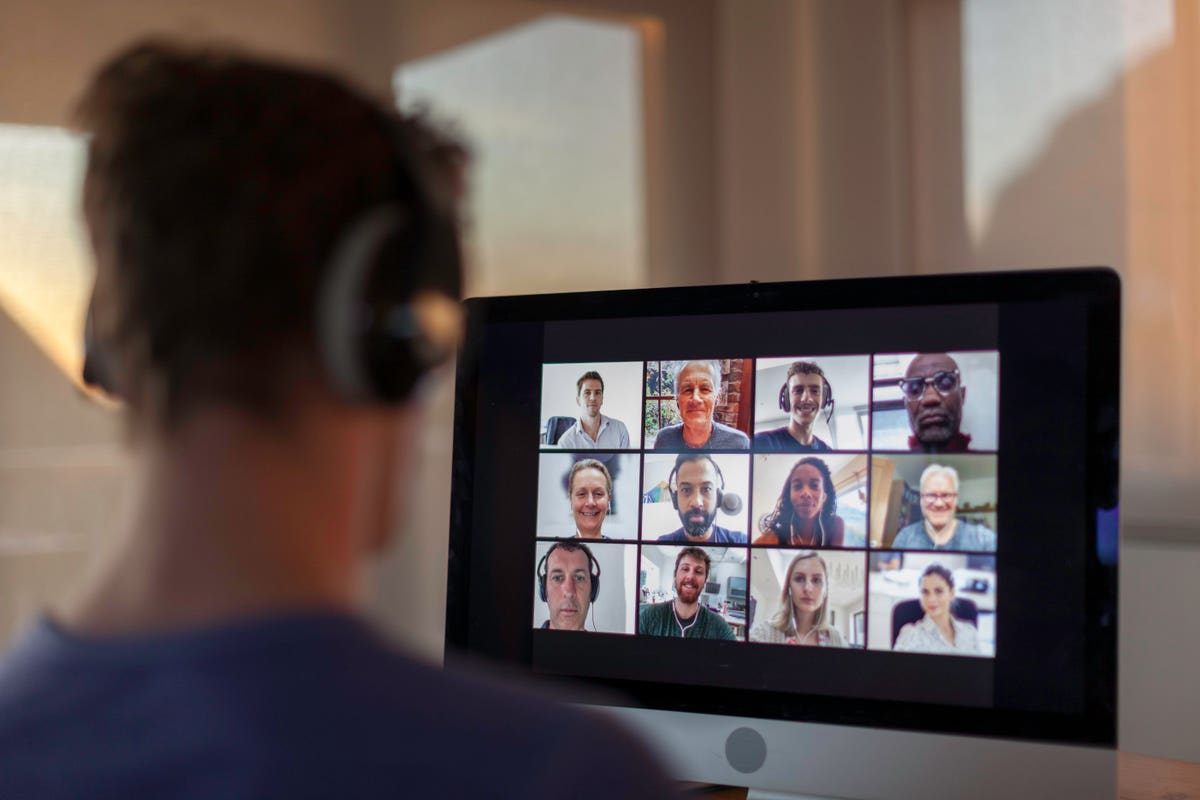