President Donald Trump nominated Barrett, 48, on Saturday, a week after the death of longtime Justice Ruth Bader Ginsberg, 87. Republicans have said they intend to hold a vote on Barrett, but Democrats decried a potential vote, saying whoever wins the election in November should nominate the next justice.

Here are three prior rulings from Barrett and their significance.

David Watson and three other men were sitting in a “gray and greenish [Dodge] Charger,” across the street from a McDonald’s, according to court documents.

Inside that restaurant, court documents show, an anonymous caller dialed 911 and told the operator Watson and the three other “boys” were “playing with guns.”

Police arrived shortly thereafter, boxing in the Charger with three cruisers, and began searching the vehicle. They eventually found two guns in the backseat of the car, according to court documents.

Watson was charged with possessing a firearm as a felon and was sentenced to more than two years in prison. But Watson’s appeal to suppress the evidence on claims that it violated the Fourth Amendment made its way to the 7th Circuit Court of appeals and onto Judge Amy Coney Barrett’s desk.

In her opinion, Coney Barrett wrote that simply possessing a gun in the state of Indiana does not constitute a “reasonable suspicion of an ongoing crime, because carrying a firearm in public is permitted with a license in Indiana.”

Because of this, Coney Barrett concluded that the situation was a “close call” but “falls on the wrong side of the Fourth Amendment, and the 7th Circuit Court vacated Watson’s conviction.

In the upcoming term, the Supreme Court is expected to hear several cases involving the Fourth Amendment, which protects against unreasonable search and seizure and requires authorities to have probable cause to issue a warrant.

Ending the practice of qualified immunity, which protects government officials from civil lawsuits, has been another issue up for debate since the Memorial Day killing of George Floyd by Minneapolis police.

The debate has centered on whether the officers can be held personally liable for Floyd’s death — and other officers similarly held accountable for uses of force throughout the country.

In 2014, William Rainsberger was charged with the murder of his 88-year-old mother after she was found lying face down in her apartment with head injuries.

Indianapolis Metropolitan Police Department Detective Charles Benner arrived at the crime scene shortly after the 911 call was placed. Once he surveyed the scene, he asked Rainsberger and his brother, Robert, to go to the police station to take a polygraph, but both brothers refused, according to court documents.

The Rainsberger brothers then volunteered to take a DNA test to prove they didn’t kill their mother.

Benner, according to court documents, attempted to charge Rainsberger before the results of that DNA test came back, but local prosecutors declined, citing a lack of evidence. Benner again went back to the prosecutor a few months later and omitted the DNA test that exonerated Rainsberger but instead used data from a cell tower to place Rainsberger at the scene.

A year later, the case was thrown out due to insufficient evidence, but that didn’t stop Rainsberger from pursuing a civil suit against the detective.

Coney Barrett took umbrage with the cell tower records and concluded that calls made by Rainsberger at his mother’s house were routed through a cell tower in the Central time zone, when the death occurred in the Eastern time zone, making them an hour behind the logs cited by Benner. Additionally, surveillance video from a supermarket before Rainsberger arrived at his mother’s house shows him buying a beverage and throwing away an object.

Benner said that was evidence of him destroying the murder weapon, but Coney Barrett concluded that no “reasonable” law enforcement officer could take that leap.

In fact, Coney Barrett found that not only had Benner violated the Fourth Amendment, he’d outright lied in an attempt to charge Rainsberger. She allowed Rainsberger’s qualified immunity civil lawsuit against Benner to proceed, eventually ruling in favor of Rainsberger.

“Benner submitted a probable cause affidavit that was riddled with lies and undercut by the omission of exculpatory evidence,” she wrote in a scathing opinion.

Coney Barrett also has ruled on law enforcement’s power to conduct searches — and whether such approaches are constitutional.

Dimitris Terry was wanted in 2012 for allegedly distributing heroin, and DEA agents wanted to “quietly and quickly” arrest him so he could be a cooperator in a larger drug-related investigation, court records show.

After his arrest, agents stayed behind to search the house, and a woman, later identified as the mother of Terry’s son, answered the door and allowed DEA agents in, court records show.

They read her a consent-to-search form, and she obliged, but there was one problem, according to court documents: Ena Carson didn’t live at the apartment with Terry even though her son did.

When agents took Terry in for questioning, they read him his Miranda rights, and while the agents understood that he understood them, Terry refused to sign the slip indicating so.

A suspect’s Miranda rights were established in the Supreme Court case Arizona v. Miranda and mean that when an individual is in police custody, they have the right to remain silent and the right to an attorney. Those rights are intended to be read to the suspect during or just after their arrest.

“Terry explained that ‘he was not going to sign the form or initial it; that, you know, this wasn’t his first go‐around with law enforcement … but he was willing to talk,'” according to court documents, adding that agents wrote “verbal only” on a piece of paper.

Evidence recovered from the house directly implicated Terry in trafficking drugs, court records show. Terry claimed that evidence was obtained unconstitutionally and that because he didn’t sign the form establishing he understood his rights, his statements were invalid and should be suppressed.

Coney Barrett concluded that because Terry stated he had prior interactions with law enforcement, he knew what he was consenting to when he spoke to the DEA agents, but that the evidence seized from his house, which authorities sought as proof Terry was a drug dealer, was deemed to be unconstitutionally obtained.

“Is it reasonable for officers to assume that a woman who answers the door in a bathrobe has authority to consent to a search of a male suspect’s residence? We hold that the answer is ‘no.’ The officers could reasonably assume that the woman had spent the night at the apartment, but that’s about as far as a bathrobe could take them. Without more, it was unreasonable for them to conclude that she and the suspect shared access to or control over the property,” Coney Barrett wrote.

In Marketing, A Strong Brand Is The Ultimate Influencer

Sun Sep 27 , 2020
As CMO, Liana helps to set Skillshare’s long-term strategy and oversees brand, acquisition, communications, partnerships and sales. getty When done right, influencer marketing can help brands more meaningfully and authentically connect with new audiences at scale. Its power is undeniable, so it was no surprise that companies were projected to spend […] 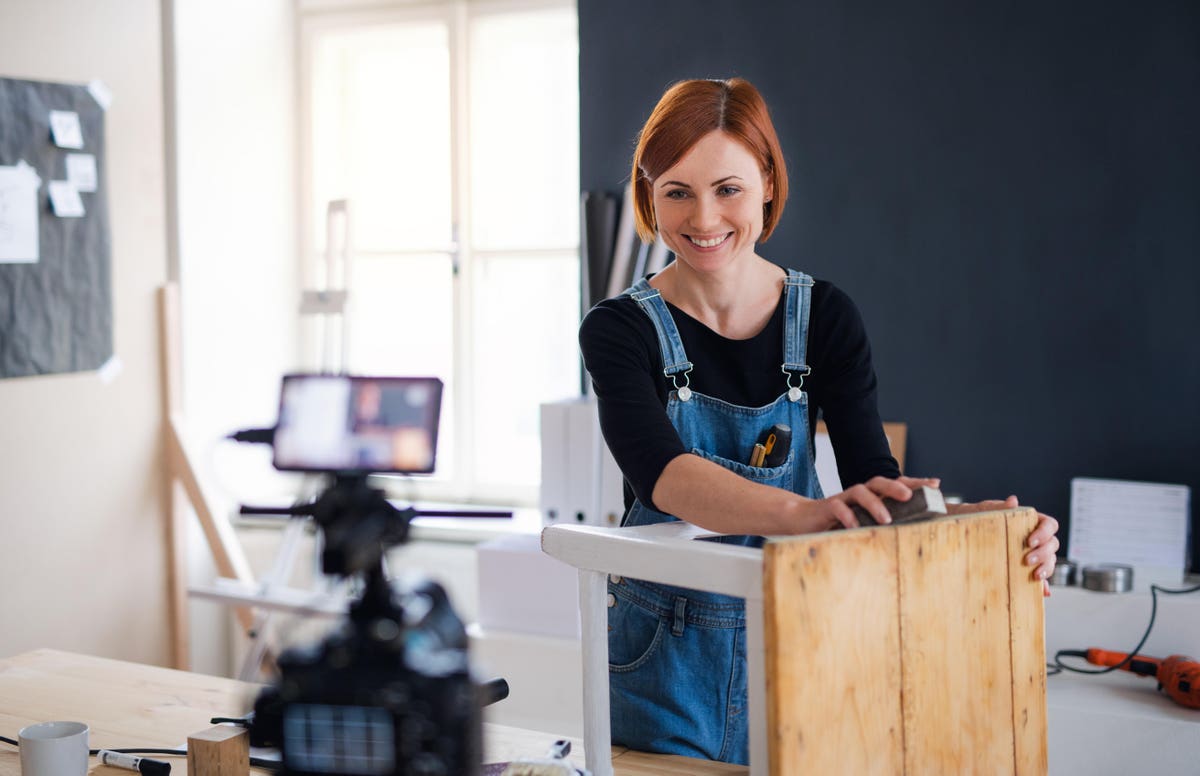