Electric bus and van company GreenPower Motors (NASDAQ: GP) began trading in the US in late August of 2020. With relatively little fanfare, its initial listing raised $37.2 million, a small fraction of the multibillion-dollar amounts that its better-known peers, Nikola (NASDAQ: NKLA), and Canoo have either raised or announced […]

Electric bus and van company GreenPower Motors (NASDAQ: GP) began trading in the US in late August of 2020. With relatively little fanfare, its initial listing raised $37.2 million, a small fraction of the multibillion-dollar amounts that its better-known peers, Nikola (NASDAQ: NKLA), and Canoo have either raised or announced through their respective SPAC mergers. While the deal size may suggest that GreenPower’s aiming too low, the company may instead pursuing a leaner, more efficient way to win. 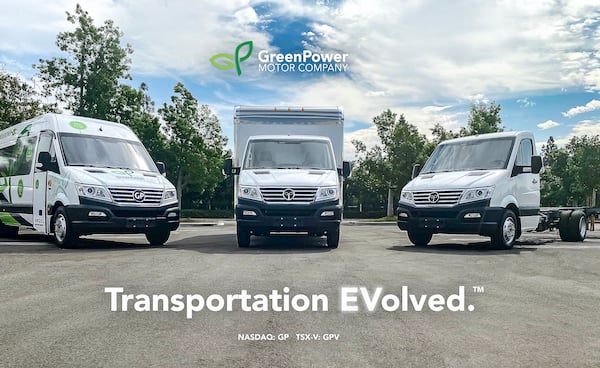 If you’re going to wear it, it has to look great

For the average consumer, deciding to own a new electric vehicle, or EV — or most mass-market vehicles for that matter — sets in motion a number of psychological dynamics that more closely resemble purchasing fancy apparel. Generally speaking, we want vehicles that look great, surround us with creature comforts, and have the latest infotainment systems. Oh, and they should also have great specs in terms of handling, acceleration, and range — even if we don’t really need these features all that often. Metrics such as total cost of ownership, price per seat, and return on investment are, if at all, tertiary considerations for most buyers.

These dynamics make the market for mass-consumption vehicles very competitive. EV makers invest heavily to make unique products. Tesla (NASDAQ: TSLA), for example, has invested $1.3 billion or more annually — about one-third of all of its operating expenses, or OPEX — in research and development since 2017. In previous years, it spent closer to 50% of OPEX on R&D. Canoo, the maker of futuristic-looking EVs, claims that it has spent $250 million thus far just to make a handful of prototypes.

But this level of investment to make unique products has a side effect: Companies focusing on mass markets cannot usually make products for smaller niche markets. It would take companies like Tesla or Canoo eons to get paid on their massive R&D investments if they aspired to sell only a few tens of thousands of vehicles a year.

The market for medium and heavy-duty commercial EVs, or vans — where GreenPower is aiming to succeed — may reach only 50,000 vehicles a year by 2025, with the market for electric buses being only about half as big.

If you’re going to use it, it just has to work

GreenPower Motors has taken a different approach. Its vans and buses aren’t flashy; they just work. They comply with passenger and safety standards required for their use, while delivering substantial savings in fuel and maintenance costs. While GreenPower designs its EVs from scratch, it uses off-the-shelf components and subsystems to lower its costs. The company then assembles the final product at a number of contract manufacturers and at its own factory in Porterville, California — at an assembly line that looks very similar to those seen in Detroit. Finally, instead of hiring a large direct sales force, the company sells its EVs through Creative Bus Sales, the largest existing US network of bus retailers.

This reliance on third parties has allowed the company to achieve what is called an “asset-light” business model — a business that requires a lot less capital to make and sell its products. It also needs to invest a lot less in innovation: The company has spent a total of around $2 million — yes, with an “m” — in R&D since 2017.

But while this business model may be cheap, it also means your products don’t stand out from the crowd. Any competitor that can purchase the same standard sub-systems from the same suppliers can make a similar offering. And GreenPower’s price advantage in the market will depend on its ability to maintain the largest sales volumes â otherwise, a rival with larger sales could negotiate better deals with its suppliers and overtake it in price.

How the company plans to succeed

As far as we can tell, GreenPower Motors is counting on its leading position in a niche market to fend off would-be competitors and deliver on its financial goals. And while the market for commercial vans and busses is small in comparison to the larger passenger vehicle market, it wouldn’t take much for GreenPower to grow its bottom line significantly. The company delivered 68 EVs during its fiscal year ending in March 2020, up from 40 EVs in the previous 18 months. According to Bloomberg New Energy Finance, the total market for this type of EVs is estimated to be about 1,600 in 2020, so a little quick math tells us that the company was on track, pre-COVID-19, to achieve about 10% market share. If it only maintains the estimated 10% share of the market it has today, it should be able to sell about 5,000 vans and 500 buses in 2025 — 5,500 vehicles in total, or about 80 times its 2020 unit sales. If it can hold on to its current 30% gross margins, it just has to keep its operating expenses in check to deliver a lot of value to its shareholders. And its sales ramp for the last two years, along with its asset-light model, suggests it can do just that.

A few bumps on the road?

There are risks, of course. At this time, the EV market depends on government subsidies and regulation, for example — the same way that other industries, including nearly all renewable energy, do. The market could grow substantially as governments double down on their commitments to clean mobility, which would attract larger competitors. And COVID-19 has definitely poured some cold water on the company’s 2020 growth prospects; the company pulled all guidance for the remainder of the year during its July 20 earnings call. But in contrast to many of its would-be-competitors, Green Power has a real product that does the job and makes money, in a market niche that could grow over 30-fold in the next five years. If it just keeps executing on its simple business model, the company has a real shot at delivering substantial value to its shareholders.

Investors interested in the electric mobility market should pay attention to upcoming earnings calls and look for a return to growth once COVID-19 subsides. If GreenPower can grow revenues faster than its operating expenses, Fools could expect profits ahead.

10 stocks we like better than GreenPower Motor Company Inc.
When investing geniuses David and Tom Gardner have a stock tip, it can pay to listen. After all, the newsletter they have run for over a decade, Motley Fool Stock Advisor, has tripled the market.*

David and Tom just revealed what they believe are the ten best stocks for investors to buy right now… and GreenPower Motor Company Inc. wasn’t one of them! That’s right — they think these 10 stocks are even better buys.

Colleges Are Fueling the Pandemic in a Classic Market Failure

Fri Oct 9 , 2020
A perfectly functioning market is a beautiful thing. It’s also vanishingly rare. The main work of economists is figuring out how to make markets function well when the messy, real world intrudes on our textbooks’ elegant models. The pandemic, unfortunately, provides instructive examples of markets that are failing in predictable […] 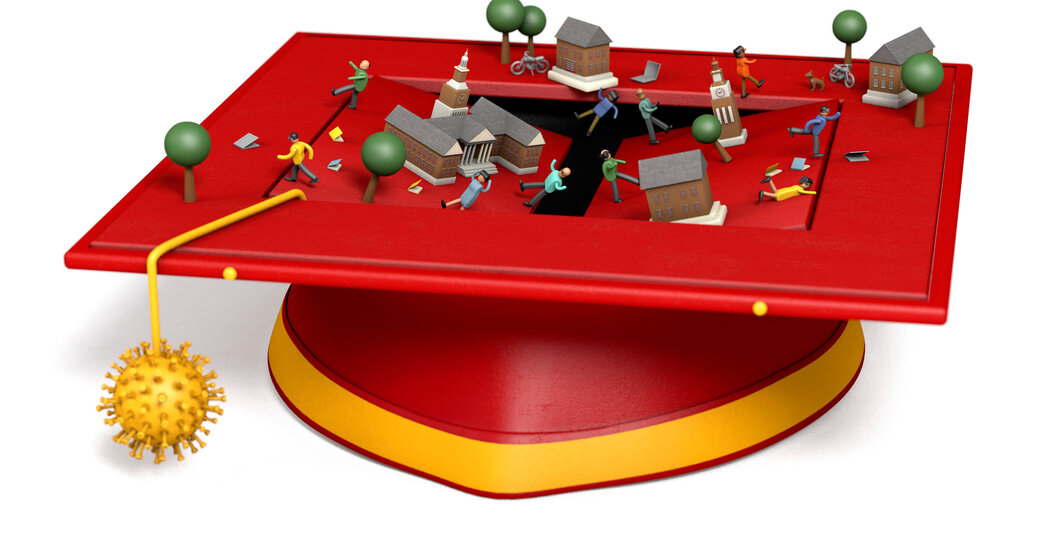